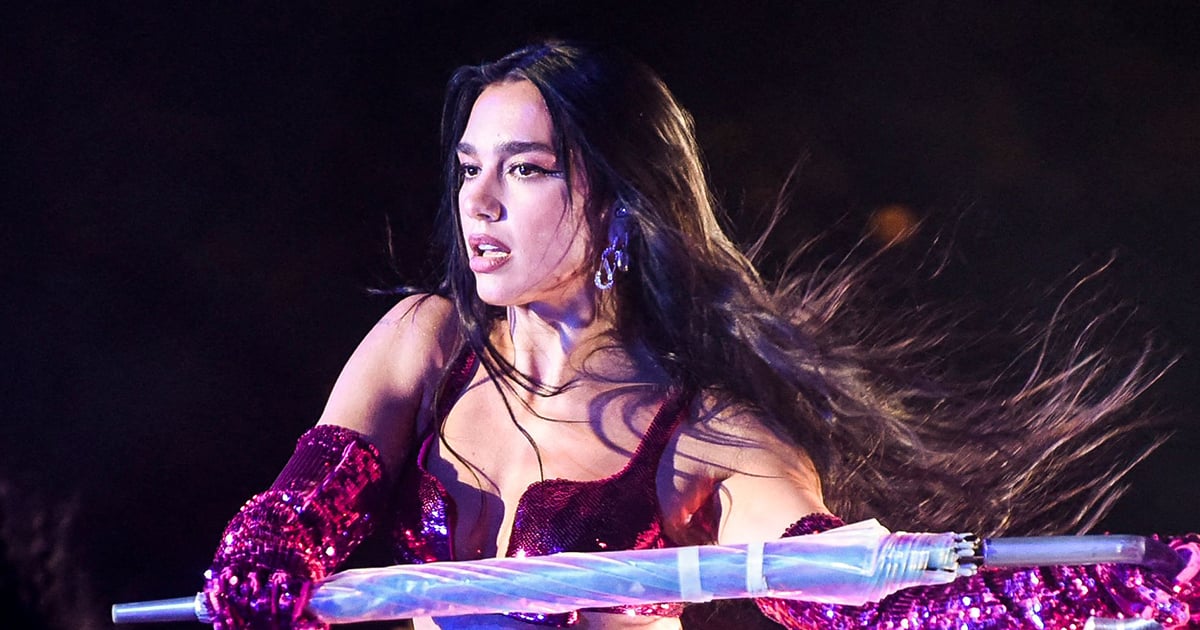 Dua Lipa is hopping from show to show all over the world, and her striking costumes are coming along for the ride. Just days after headlining the Osheaga Music and Arts Festival in Montreal, Quebec, in a bedazzled lacy catsuit, the singer kicked off the Sunny Hill Festival — an international music event organized by herself and her father, Dukagjin Lipa, in Pristina, Kosovo — on Aug. 4. She traded her signature concert catsuit for a custom Valentino by Pierpaolo Piccioli creation: a bra top, a midrise miniskirt, opera gloves, and booties, all in the same metallic fuchsia. Enrobed in a matching cape for the performance, Lipa sang and danced her heart out for the third edition of her music festival.

Shortly after her set, the singer shared the behind-the-scenes process of creating the sequin ensemble on Instagram, posting snaps of Piccioli himself sketching the designs. She also showed glimpses of what looks to be a Valentino showroom, which was filled with clothing in the famous vibrant pink hue. The creative director previously described it as “the color of love, community, energy and freedom.”

Working with her stylist Lorenzo Posocco on her “Future Nostalgia” tour outfits, Lipa has mostly worn lace catsuits by designers like Mugler and Balenciaga, typically embellished with matching opera gloves. Off the stage, the singer has been spotted in effortlessly cool designer looks, most recently a Bottega Veneta pinstripe shirtdress paired with over-the-knee boots by the same designer for a casual day in Kosovo earlier this week.

Get a closer look at Lipa’s latest performance outfit ahead. 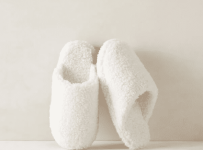 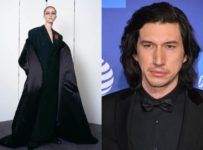 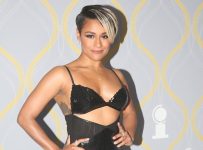 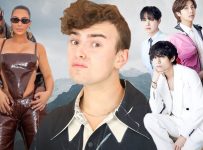 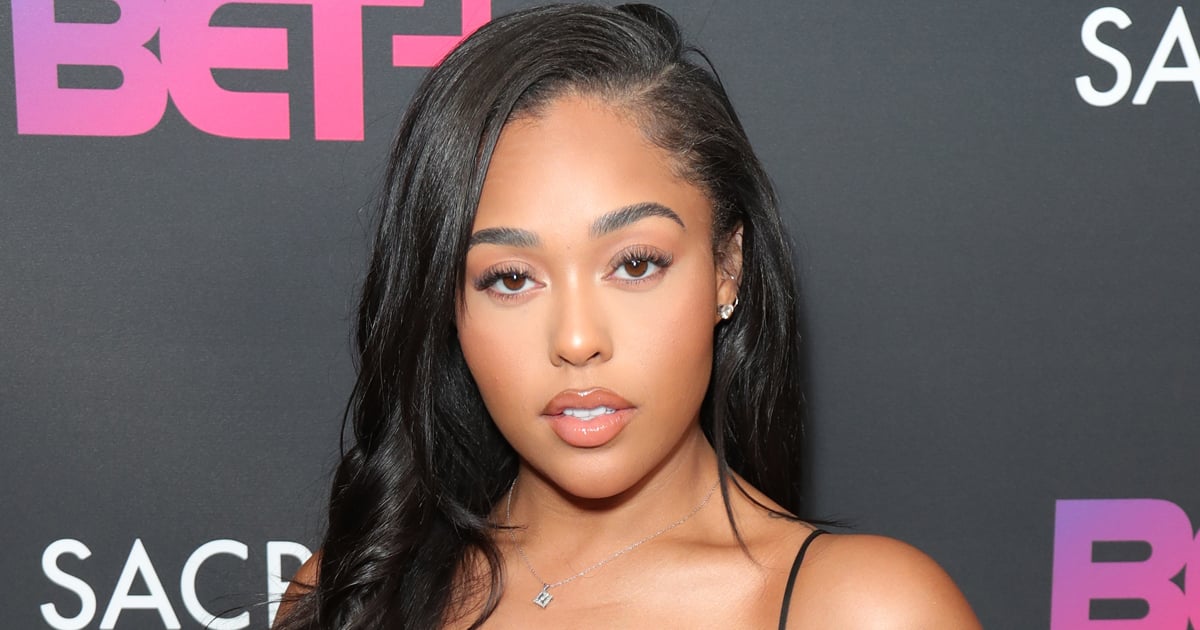 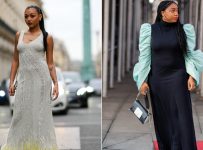