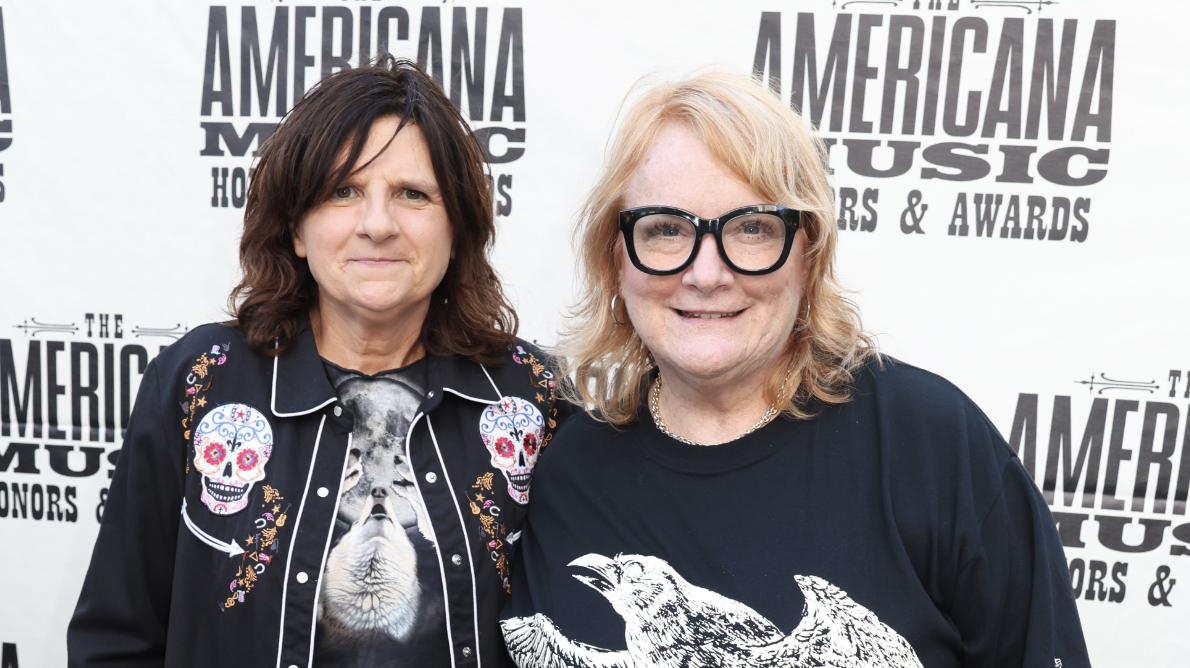 Amy Ray, left, and Emily Saliers of the Indigo Girls are getting brutally honest about addiction, internalized homophobia and how their music still resonates with the queer community. (Photo: Leah Puttkammer/Getty Images)

Amy Ray and Emily Sailers, who make up the lesbian folk-rock duo the Indigo Girls, are opening up about addiction, recovery and how their music continues to be a lighthouse for the LGBTQ community.

The musicians recently sat down with Glennon Doyle for her podcast We Can Do Hard Things, during which Saliers, 59, opened up about her years-long addiction to alcohol and how her drunken antics nearly caused Ray, 58, to quit the band.

“I was destined to be an alcoholic,” Saliers said, acknowledging that alcoholism runs in her family. “I didn’t know it. When we played bars and stuff and we did shots from the stage — this is when were babies — and drinking was such a social part of what we did for work, and then I had a very social life. I thought I was an extrovert, but I was really just an alcoholic.”

Saliers goes on to explain that, due to the overconsumption of alcohol, her behavior eventually turned unruly. Soon, it started to become a liability for the band.

“Amy can attest to how terrible it was when I was drinking,” she shared. “All the excuses I made, my irresponsibility, not showing up [to work]. But I was terrified. I think all alcoholics are terrified to admit that they’re alcoholics.”

Added Saliers: “Everybody knew I was just f****d up and dying, and Amy was going to quit the band. Everything was falling apart for me and I tried to hide it so much — and you just can’t.”

After Ray made multiple attempts to intervene, Saliers’ family and friends eventually staged an intervention that led her to spend three months in rehab. Looking back, she says the experience saved her life.

“It’s the hardest f****** thing I’ve ever done,” she says of getting sober. “It’s so hard sometimes, you just wanna get out, you know, quickly, and you can’t anymore. You have to sit through a lot of discomfort and the other thing I’m learning now is I lost a whole chunk of my development — intellectual development, my evolution as a human being. I just deprived myself of that in that time that I was drinking so hard.”

“So, now I feel a lot of catching up, and feel a lot of unworthiness because I’m behind,” she explained. “But to be sober, to wake up feeling good, to know that you’re not self-destructing, to know that you can be, like, now I’m accountable to Amy, responsible to do us. To all the people and to my family. I never would have had my wife [Tristin Chipman]; she would have left me, she was going to. Or my child. All the most beautiful things in life have come from sobriety.”

Ray and Saliers, whose latest album Look Long was released in April, couldn’t help but acknowledge their contributions to advancing LGBTQ rights and visibility in music as well.

Despite their iconic status in the community, both admit that they still deal with internalized homophobia.

“I came up with feeling, at some point, the bubble was bursting, I was feeling self-hatred about being so masculine,” Ray explained of coming to terms with her sexuality when she was younger.

“It’s internalized homophobia,” she added. “It means you’re scared of what you really are and sometimes you don’t want to face it. I think when you’re young, you don’t really know what it means.”

For lesbians of her generation, who she says felt pressured by societal norms to remain closeted, Ray says losing that emotional baggage takes work — which, she says, is in stark contrast with today’s queer generation that often celebrates identities rather than suppressing them.

“For us, it’s kinda like, we were just not able to celebrate [being queer] for so long that we got conditioned to that,” she said. “We were taught that you don’t celebrate it.”

“We didn’t know what the word gay meant, really, when we were kids,” she continued. “Now when you come out, you understand that there’s sexuality and there’s gender, and that’s different … The thing that helped me the most when I got older was, all of a sudden, having all this language to talk about where I was at.”

Saliers added that the queer community was key to not only her sobriety but also her coming-out journey.

“People who are coming out [today] don’t have to deal so much with the self-hatred and self-homophobia that I still deal with,” Saliers says. “Some of the young people I know who come out, they’re overjoyed and happy, and they didn’t have to fight this internal battle.”

“The influence, the power of these systemic structures that affect us: the church, social norms, binary thinking, fear about fluidity in so many ways, you take a step back and look at the power of those forces on us. That’s why we need community,” she says. “Together we can navigate that, tackle that, and affirm our validity as human beings, our dignity. That’s why we need community.”

Wellness, parenting, body image and more: Get to know the who behind the hoo with Yahoo Life’s newsletter. Sign up here. 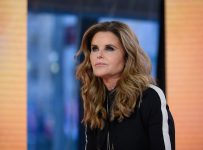 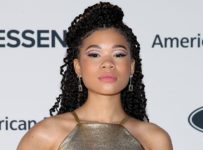 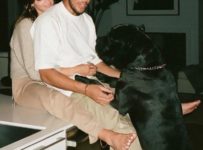