Batman: The Long Halloween, Part One is an absolutely stunning adaptation of the classic comic book series by Jeph Loeb and Tim Sale. In a Gotham City ruled by organized crime, The Dark Knight faces a mysterious killer that cannot be stopped by brute force or terror. He learns to be a true detective, where everyone is a suspect, and the murderer’s motives are equally baffling. Batman: The Long Halloween, Part One reaches a level of storytelling and film noir artistry that surpasses everything we’ve seen to date in genre animation. It is genuinely gripping with complex characters and an unpredictable plot. Tragically, the film also marks the final performance of the talented Naya Rivera. Who passed away shortly after completing her voice over as Catwoman.

The story begins with a tense meeting. Bruce Wayne (Jensen Ackles) refuses an overture from the powerful mob boss, Carmine Falcone (Titus Welliver). That night, Halloween, a close associate of Falcone is found murdered. The killer left an untraceable gun, a jack-o’-lantern, and strangely used a baby bottle’s nipple as a silencer. Captain James Gordon (Billy Burke) and Gotham’s District Attorney, Harvey Dent (Josh Duhamel), meet with Batman on the roof of the precinct. The last thing they need is a war between crime syndicates. Catwoman (Naya Rivera) makes an appearance to lure Batman. There’s something important she needs to show him.

Several weeks later on Thanksgiving, the killer strikes again. The city simmers as the target’s allies seek revenge. Batman, Gordon, and Dent realize that a greater insidious plan is in motion. The list of suspects is too long. They need more information to understand what’s happening. Batman decides that a different approach is needed for the investigation. He unleashes a terrifying adversary that significantly raises the stakes of a bloody game.

Batman: The Long Halloween, Part One draws inspiration from the gangster pinnacle. Carmine Falcone is almost the spitting image of Marlon Brando’s “Don Vito Corleone” from The Godfather. I have to believe a royalty was paid to use his likeness. The character is outwardly menacing. He rules Gotham City with an iron fist, but has many enemies. The killer is seemingly after Falcone’s empire. But Salvatore Maroni (Jim Pirri), a competing mafioso, may be in the crosshair as well. Batman must navigate a labyrinth of scumbags, psychopaths, and treachery. Part of the film’s fun is deducing who in the rogues gallery is part of the killer’s conspiracy.

The animation and action scenes are fantastic. Everything is ultra-stylized in a 1930s, bleak gangster ethos. The cars, mob goons in fedoras, and submachine guns blazing feels like The Untouchables meets Chinatown. The filmmakers expertly capture the settings of the comics with a truly cinematic flair. They paint a noir mystery canvas with a captivating hero who actually works to achieve progress. The Batman depicted here isn’t using advanced technology. He’s not exactly JJ Gittes or Eliot Ness in a cowl, but a hard-boiled ass-kicker who needs to raise his investigative acumen.

Batman: The Long Halloween, Part One has tantalizing subplots that thicken the soup. Harvey Dent plays a big part. As does Catwoman, who’s masks off, Selena Kyle relationship with Bruce Wayne adds another tangled element to the narrative. Writer Tim Sheridan (The Death and Return of Superman) is given the time to establish serious character depth. We get to know the players intricately, which ultimately drives the mystery at the heart of the story.

It’s obvious from the title that you’re in for a cliffhanger. Raise your expectations because it’s a doozy. Fans will be champing at the bit for part two. Warner Bros. Animation has possibly delivered the best animated film in the DC Universe. I loved Justice League: Doom, Batman: Gotham by Gaslight, and Death of Superman. After my initial viewing, I feel this film is superior; but admittedly am still basking in its afterglow. Stick around during the credits. Batman: The Long Halloween, Part One is available digitally and on DVD/Blu-ray from Warner Bros. Home Entertainment. Part Two will be released on July 27, 2021. 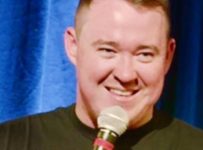 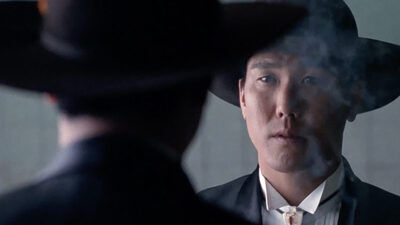 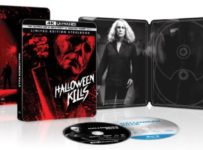 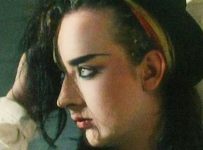 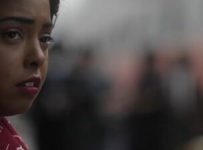 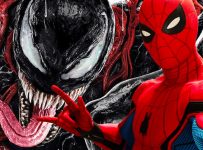