Addressing sexual assault and rape in a truly unconventional way, Promising Young Woman is a dark tale of revenge, wickedly comedic at times, that pulls no punches confronting the egregious behavior of predators and their enablers. Carey Mulligan is superb as a woman hellbent on righting a cruel injustice. Her journey is both disturbing and heartbreaking. Promising Young Woman shows that the pieces left behind aren’t easily put back together after a traumatic event.

The film opens late night at a bar filled with yuppies. Three men in suits leer at an attractive, drunken woman floundering by herself on the couch. One of the men (Adam Brody) approaches and offers to get her home safely. In the cab, he tells the driver to take them to his apartment instead. Inside, he plies her with more drinks before advancing on the seemingly passed out woman. Cassie (Carey Mulligan) opens her eyes sharply with purpose and severe intentions.

Cassie lives at home with her frustrated parents (Jennifer Coolidge, Clancy Brown). She dropped out of medical school and has spent years in an aimless haze. Cassie works a menial job at a coffee shop. Her manager (Laverne Cox) begs her to find something more productive to do. Cassie’s parents and only friend are completely unaware of her late night missions playing a drunk target.

Cassie’s true motivation comes to light after a chance encounter at the coffee shop. Ryan (Bo Burnham) is stunned to see his former classmate. Cassie looks completely different, but he’s instantly drawn to her again. She begrudgingly obliges to go on a date. Ryan catches her up on the activities of their old med school chums. Cassie wonders if he ever thinks about Nina. She certainly has never forgotten her best friend.

Promising Young Woman is the feature film directorial debut from British actress and Killing Eve showrunner Emerald Fennell. She brings the same whip-smart sensibility to Cassie’s character. Carey Mulligan is electric as a bereaved bestie struggling to cope with an incalculable loss. She has channeled her grief into rage, dispatching punishment to fill the hole in her aching heart. Cassie cannot escape her feelings of guilt. Fennell’s sublime character development illustrates how mental anguish can be all-encompassing.

Promising Young Woman shines a glaring spotlight on campus rape, hookup culture, and the negative effects of social media. Nothing goes away on the internet. The fallout from a single moment can destroy lives. How many people have been driven to suicide because of a viral video or images that were illicitly shared? Victims of sexual violence are further devastated. Emerald Fennell takes a creative approach to illustrate this issue. One scene in particular, where Cassie confronts a lawyer (Alfred Molina), strikes to the heart of this serious problem.

Promising Young Woman deserves rave reviews, but is not without significant faults. Cassie plays bait for a specific type of rapist a**hole. Every guy in the film, apart from her father, is lumped in or near this scumbag category. Granted, Cassie targets complicit women as well, but I’d like to believe not all men are disgusting perverts. Also, Fennell structures the narrative around unbelievable coincidences. It’s an easy way to further the plot, but inherently flawed. She would have been better served by having Cassie seek out information, rather than having key plot points magically appear.

The final act of the film is haunting. Emerald Fennell does not let her audience off easy. The lesson here can be boiled down to consent. It is a two-way street. Taking advantage or targeting an incapacitated person is criminal. Promising Young Woman takes artistic license with vengeance, but nails the tragic aftermath. Victims’ lives, and the people who care for them, are shattered. Promising Young Woman is a production of FilmNation Entertainment and LuckyChap Entertainment. It is currently in limited theatrical release, and will be available January 15th on demand from Focus Features. 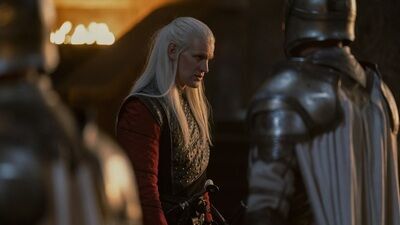 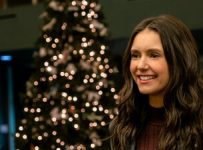 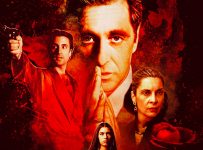