It is rare for Hollywood to make standalone big-budget movies that rely on good old-fashioned star power these days. 2015’s The Martian was one of the exceptions, as a movie based on the novel of the same name by Andy Weir, featuring the celebrated actor-director combo of Matt Damon and Ridley Scott. But that combo almost ended up being an entirely different affair. In a recent interview, Weir revealed that the studio, 20th Century Fox, wanted Channing Tatum to play the lead role instead of Damon.

“Well, when Matt Damon threw his hat in the ring, we were like, ‘Oh hell yeah.’ Bear in mind, in The Martian I had no say whatsoever. My only job was to cash the check. The producers and Ridley were like, ‘Oh hell yeah. That works.’ But the studio was really pushing to have Channing Tatum play the lead.”
RELATED: The Martian Extended Edition Blu-ray Is Coming This Summer

The mid-2010s were a good time to be Channing Tatum. The actor was riding high on the unexpected success of the 21 Jump Street films and was also soaking up the profits and critical acclaim from the Magic Mike series. Since Fox was looking for a bankable star who could draw an international audience, Tatum makes a lot of sense from a purely business perspective.

On the other hand, the actor had never played a role like the lead character in The Martian before. The movie tells the story of botanist Mark Watney, who was part of a mission to Mars. Mark’s job was to see if Earth vegetation could be grown on the alien planet.

A freak storm leaves Mark stranded on Mars, with only his dwindling farm rations to help him survive for interminable days as NASA scientists scramble to find a way to bring him back. Throughout the movie, audiences were thrilled as they saw Mark come up with one ingenious method of survival after another, and Matt Damon was an excellent choice to play the role of the resourceful and dry-witted lead.

Even though the studio thought Channing Tatum could work as Mark Watney, Weir and the other people involved in making the movie were not so sure. According to the author, he felt that the onscreen persona that Tatum had cultivated through his choice of movies would make it difficult for audiences to buy him in the role of Mark Watney.

“I was like, ‘I don’t see that. He’s an absolutely gorgeous man, but I don’t see him being this really really smart guy.’ I’m sure the real Channing Tatum is plenty intelligent, but that’s not the kind of character he usually plays. He usually plays either a guy who’s gorgeous, or a guy who’s a badass, or both. But yeah, we got Matt, and Matt did such a fantastic job. He nailed it.”

In the end, Damon wound up getting the lead role, and The Martian went on to make over $600 million dollars at the box office, marking a career-high point for Matt Damon, Ridley Scott, and everyone else involved with the project. This news originated at CinemaBlend. 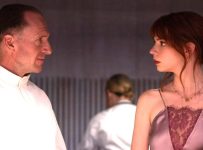 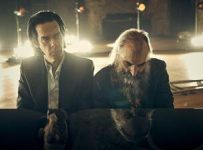 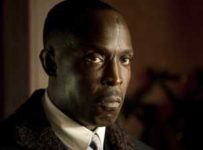 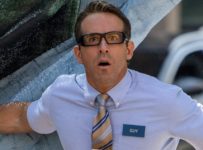 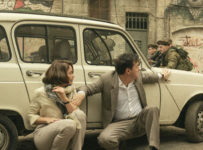 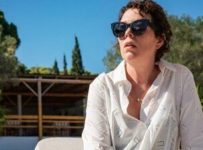