Dropping a day earlier than expected, comedy sequel Coming 2 America finds audiences reuniting with Eddie Murphy’s Akeem Joffer and Arsenio Hall’s Semmi after a thirty-year wait. After so many years since the first Coming to America delighted movie goers, was the reunion worth the wait?

A.O. Scott of the New York Times found a lot to enjoy from the long-awaited Eddie Murphy follow-up, describing Coming 2 America as “[A] genial, mostly inoffensive, sometimes quite funny sequel to a beloved comedy from way back in the 1980s.” Johnny Oleksinski of the New York Post however was nowhere near as enamored by the sequel, calling it “A happy reunion” that “can’t re-create the original’s spark, innocence and masterful comedy.”

This mixed response is indicative of the general consensus when it comes to Coming 2 America, with CinemaBlend’s Sean O’Connell feeling that the movie leans too hard into the legacy of its popular predecessor.

“This tepid attempt to rekindle our interest in the series limps along on a rotating cycle of ‘Remember this?’ gags and too-serious subplots.”

“While the long-awaited sequel can’t hold a candle to its predecessor, it works really well when leaning hard into nostalgia, not so much when trying anything new.”

Coming 2 America being a lesser cinematic outing when compared to the first movie is a feeling that’s shared by all, with Whelan Barzey of Empire Magazine nonetheless finding things to enjoy.

“If it’s missing the charm and Murphy’s magnetism from the first film, Coming 2 America delivers a broad, serviceable return to Zamunda.”

Josh Bell of CBR meanwhile was not fan, with “a handful of funny moments and a cast clearly having a good time” failing to live up to the thirty-year wait with the sequel lacking a good reason to exist. Frank Scheck of the Hollywood Reporter also felt that the sequel lacked its own identity saying, “Coming 2 America includes so many nods to its predecessor that it feels like a feature-length Easter Egg in search of a movie.”

Variety’s Peter Debruge also felt that Coming 2 America relies too much on familiarity, something which does not always work in a modern context.

“For the most part, “Coming 2 America” falls back on familiar punchlines, serving up nearly word-for-word repeats of amusing bits from the original, but they don’t necessarily play the same in this context.”

There were some who found much enjoyment in the comedy sequel though, with Charlotte O’Sullivan of London Evening Standard saying, “Coming 2 America gets a few things wrong, yet beats the odds by getting so much right,” whilst Eric Kohn of indieWire simply states that “Coming 2 America doesn’t have to be perfect to succeed at putting [Murphy] centerstage. All hail the King.”

Directed by Craig Brewer. Coming 2 America picks up with Prince Akeem of Zamunda following the death of his father. Now King, Akeem realizes he has no sons to inherit his throne upon his eventual death. Because of this, his life and the throne are in danger of being taken by General Izzi. Akeem learns he has a son in Queens, New York from a one night stand he had years ago while living there.

Thus, Akeem and his confidant Semmi go to Queens and meet his son, Lavelle, bringing him back to Zamunda along with his mother, Mary. Once there they introduce him to Akeem’s family and the rest of the court, preparing him to become a prince and heir to the throne. Coming 2 America is available to stream now on Prime Video courtesy of Amazon Prime. 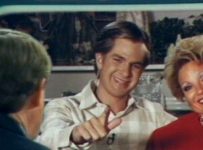 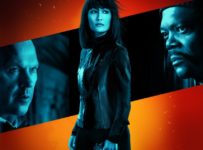 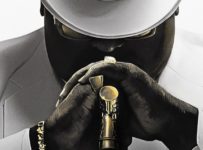 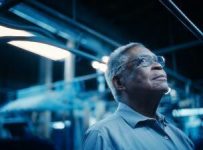 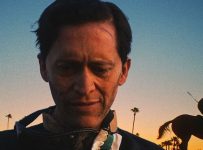 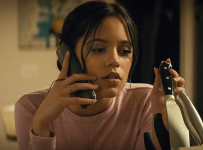