The moment the familiar strains of Nino Rota’s Godfather theme start to play, it instantly envelopes the viewer in the new experience that is The Godfather Coda: The Death of Michael Corleone. Famed master Francis Ford Coppola has not only recut the third film in the franchise, he’s changed some scenes that have stood for years, rearranged others, and even shortened the film by 4 minutes. Years ago, when this movie was released, it seemed to polarize many viewers. After the events of the first two films, the director felt that Michael Corleone (played superbly by Al Pacino throughout the series) needed to atone for his acts in the previous films. Audiences wanted more action. They didn’t seem to care for Corleone’s older, nuanced perspective. As a result, at least when it bowed in 1990, the film was viewed in many circles as a well crafted failure. It wasn’t embraced the way the first two films were.

Flashforward 30 years and The Godfather Coda: The Death of Michael Corleone aka The Godfather: Part III plays as something different. Through our 2020 lens we see how this film is about atonement as well as a shift in power. To briefly recap the first two films, The Godfather saw a reluctant Michael Corleone assume the family throne. His father had been attacked, Michael sought justice against the men responsible, and he was then pulled into a world he had spent his life trying to avoid. The Godfather: Part II sees Michael furthering his blood ties to the family in ways that one can never imagine. It all culminates in him killing his brother Fredo (the late and often great John Cazale). We end the film with Michael alone. He’s in a dark room, a dark place, and though he’s got people all over the place to do his bidding, no character in any cinematic universe is more lost.

RELATED: Coppola Is Done with The Godfather Franchise, Wants to Make a Movie About the Future

The Godfather Coda: The Death of Michael Corleone picks up the pieces now. Michael is leading the charge to legitimize the family business. He wants to leave something of a better legacy by way of a large deal with the Vatican. Nothing for Michael Corleone comes easy as there are always people that pose a threat to his plans. Couple this with the fact that Corleone is much older now, in not the greatest health, and you have situation where a natural shift in power is going to occur. Michael is aided in many ways by his late brother Sonny’s son, Vincent (Andy Garcia). Like his father, Vincent has a very quick temper and this doesn’t always help Michael’s business. Connie (Talia Shire) is also taking a more proactive role in family affairs which further complicates things. Michael also finds himself conflicted by his ex-wife Kay (Diane Keaton) who has remarried but they also share two kids together, Anthony (Franc D’Ambrosio} and Mary (Sofia Coppola). Throw all the other Godfather business into the mix and you have a film that had to be slower paced. It had to tie up loose ends (as much one could expect), and it had to deal with many sins of Michael’s past.

As a result, with the advantage of time, much about what didn’t work for The Godfather: Part III works now. When Sofia Coppola was cast as Mary Corleone it was seen as a scandal. Many critics took Coppola to task for giving such an important role to his daughter. Coppola himself felt like she was doing him a favor. Winona Ryder, who had originally been slated to commandeer this role, fell ill and wasn’t able to do it. Many saw Sofia Coppola’s delivery is static, her inflection as “California Cool,” so they wrote her off without really giving her performance a chance. Is it award winning? No. However, it’s not in any way lacking. Also, it wasn’t her first time in her father’s movies as she’d also appeared in such films as The Outsiders and Rumble Fish among others. With the passage of time we get to see how people grow and change. Why wouldn’t Mary be different than her parents? Why wouldn’t she talk different? Dress different? ACT different? Time has been kind the role of Mary Corleone, and it’s also shown us that Sofia is every bit the director her dad is and isn’t.

Initially, it’s been written that Al Pacino had a problem with some of Michael Corleone’s motivations. A big one being that he didn’t see his character as regretting any of his previous actions. It is a testament to the acting work of Pacino that none of those feelings ever slip into a frame of this film. At all times, Michael seems committed and intent on changing the course that he, in large part, put his family on. The way Michael behaves in The Godfather Coda: The Death of Michael Corleone really plays differently now. It makes sense that he would want to preserve his family’s legacy. It’s understandable that he would go up against just about everybody in his goal for some form of redemption. As we see, Michael Corleone can come close but the sins of the father are too great and he never quite gets there.

The Vatican subplot was originally deemed as being too confusing. It muddied the story being told. It isn’t exactly clear what the terms of the Corleone/Vatican/International Immobiliari deal are. That facet of business, religious and mafia entanglement remains in The Godfather Coda: The Death of Michael Corleone. What also remains is that Michael is seeking to turn the image of his family business around. All of this starts with a $100 million dollar donation to the Catholic Church. This is supposed to grease the wheels of the Immobiliari business deal in which the Corleone family hopes to purchase a large position in. As confusing as all of this might be, Coppola seems to be putting a lens on the business aspect of religion. I think that in this film it’s Catholicism only because that’s the world that Coppola knows. It isn’t as if this movie is some indictment of the Catholic Church. Coppola seems to be simply focusing on the idea of religious institutions, run by less than infallible human beings, might not always follow the good book in their decision making. He isn’t calling out the Catholic religion specifically, and to that end the Vatican subplot in this new version plays better. Also, this isn’t the only film to discuss such issues. In Martin Scorsese’s Mean Streets there’s a similar (though briefer) discussion of religious institutions. One character argues that “it’s a business” while another states, to paraphrase, that the people running it shouldn’t be doing it with that mentality.

Another layer that blankets The Godfather Coda: The Death of Michael Corleone is the shift of power. As has been mentioned, Michael is much older now. It is only going to be a matter of time before he moves to the background and other members of the Corleone family take over. Michael appears to be heading willingly into this. However, is he? Michael wants family business carried out a certain way. He even goes so far as to lash out at Connie and Vincent after they murder Joey Zasa (Joe Mantegna) behind his back. This shift in power actually mirrors what the United States is going through. We are seeing a sea-change at all levels of power. People want/wanted change from the current, outgoing administration. At the same time people see hope in President Elect Joe Biden, while many others see his upcoming tenure as politics as usual. Michael wants to cede his power to others in the family. At the same time he’s not sure if it’s going to be business as usual (which is something he initially never wanted a part of; as mentioned above), or if his family is indeed going to have a legacy that goes beyond its gangster constraints. Originally, what attracted Coppola to making The Godfather, and what got him hired, was his political take on the material. He saw the administration of Richard Nixon and felt that he could tap into that to tell the saga of this family. The Godfather Coda: The Death of Michael Corleone takes that original impulse and finally ties it all together. Is it perfect? Maybe not. However, an imperfect Coppola film will always inspire more discussion than the paint by number products many of his working contemporaries have churned out.

Initially, people were scandalized by George Hamilton taking over the legal position that Robert Duvall played to perfection in the first Godfather movies. It seems that there were some money issues which is why Duvall eventually took a flyer on this production. I must admit that on my initial screening of this film back in the 1990s, I certainly found the version without Duvall Tom Hagen to be wanting. However, again, time has been very kind to this film and so has the editing process because George Hamilton actually does a lot of great, understated work here as B.J. Harrison. Is he better than Duvall as Hagen? That’s not even really the point. They are different characters with the essential role of protecting the Corleone family’s interests. In that regard, Hamilton certainly acquits himself well and the scrutiny his performance may have originally received appears unwarranted (at least by me).

Lastly, The Godfather Coda: The Death of Michael Corleone also features a bit of a different ending. In fact it actually recalls the ending of The Godfather: Part II. At the same time, and I know that this is a long shot, it also leaves open the possibility of there being a Godfather: Part 4.

Ultimately, The Godfather Coda: The Death of Michael Corleone plays quite well in todays 2020, fast-food content landscape. It is slower in pace, richer in story, and deeper in meaning than many of the films that are available to consumers. At the same time, we are in the middle of a Pandemic. We are also very nostalgic. Moviegoers don’t just want to escape. They want to be taken someplace where things make a little more sense. Where their feelings and emotions are given validity. They want to know that their fears, while very real, aren’t going to be forever. In revisiting this reinvigorated installment of the Corleone family, cinephiles and casual viewers alike will be allowed to reminisce, recount, and re-engage with all the wonder that cinema from a maestro named Francis Ford Coppola has to offer.

Mario Puzo’s The Godfather Coda: The Death of Michael Corleone arrives on Blu-ray and Digital December 8th and in select theaters December 4th. 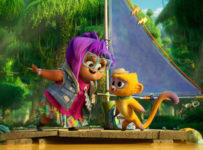 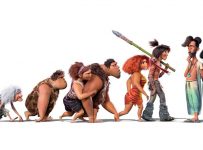 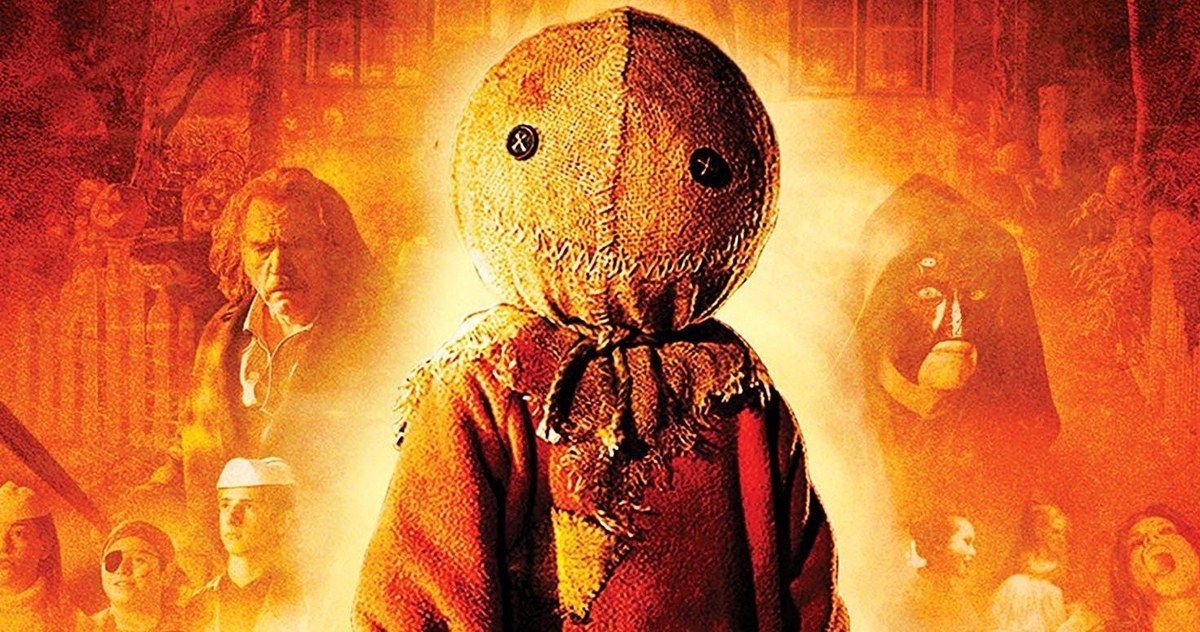 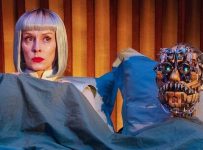 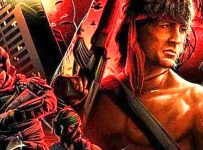 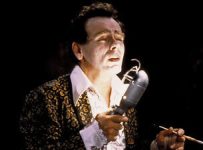