Naomie Harris plays Shriek in the upcoming sequel Let There Be Carnage, and a first look at the actress in character was revealed in the new Venom 2 trailer. Featured prominently in the original Maximum Carnage comic book storylines, many fans hadn’t realized the supervillain – and Cletus Kasady’s love interest – would be featured in Venom 2. Catching a glimpse at her in the trailer was enough to get many Marvel fans excited with definite Maximum Carnage vibes.

Shriek, aka Francis Barriston, will tie directly into Venom 2’s emphasis on troubled characters with abusive parents. This was explained in a previous interview with IGN by director Andy Serkis. He also shed some additional details on what Marvel fans can expect from the character, and while Carnage serves as the sequel’s primary antagonist, it appears Shriek will still be featured prominently.

“She’s a damaged soul and she really has suffered in her childhood,but there is a real vulnerability about her, and she’s in a lot of pain… She’s been living in isolation for years, years and years,” Serkis said about the Naomie Harris character. “With all of these characters, what’s so beautifully drawn about them is that they’re multi-faceted, they’re totally truthful and believable, and yet … She’s dangerous too and I think she has her own sense of fairness and being just, and I think when that line is crossed, then you see a very, very dangerous, dark side to her, and that’s what we wanted to do with the character.”

Along with Harris, Venom: Let There Be Carnage brings in Woody Harrelson to play Cletus Kasady, aka Carnage. Tom Hardy also returns as Eddie Brock, the investigative journalist who becomes the host of an alien symbiote known as Venom. Michelle Williams and Reid Scott are back as Anne Weying and Dr. Dan Lewis, respectively, while Peggy Lu will also reprise her role as Mrs. Chen. Sean Delaney and Larry Olubamiwo will be featured in undisclosed roles.

The mid-credit scene at the end of Venom had previously teased Harrelson’s introduction as Cletus Kasady. He looks a bit different in the Venom 2 trailer, hinting that the dastardly villain has been incarcerated for quite some time. The full nature of his relationship with Shriek in Venom 2 remains to be seen, but Carnage and Shriek are romantically involved in the original Maximum Carnage comics.

Naomie Harris previously played Eve Moneypenny in Daniel Craig’s James Bond movies Skyfall, Spectre, and the upcoming No Time to Die. An acclaimed actress, Harris was also nominated for the Golden Globe, BAFTA, and Academy Award for Best Supporting Actress for her role in Moonlight. She is also known for playing Selena in 28 Days Later, the witch Tia Dalma in the Pirates of the Caribbean movies, and Winnie Mandela in Mandela: Long Walk to Freedom. 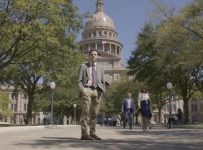 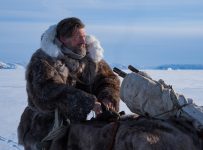 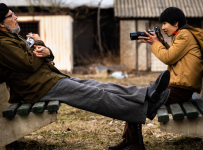 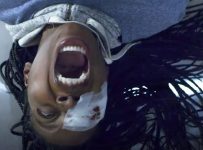 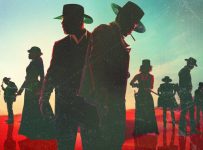