A reimagining currently known as Paranormal Activity 7 and a prequel to Stephen King’s Pet Sematary are confirmed and will be heading straight to Paramount’s new streaming service, Paramount+. The Paranormal Activity reboot was a project that fans were already aware of, but the Pet Sematary prequel comes as a complete surprise. The former was originally scheduled to be released in theaters on March 4, 2022, though it is unknown whether the streaming release will keep this same date, while the latter’s release schedule is unknown at this time but would likely also hit screens the same year.

The new installment in the Paranormal Activity activity franchise has already tapped Underwater’s William Eubank to helm the project, which will be written by Christopher Landon, who has previously written four movies in the hugely successful found footage horror series. While details of the direction for this reimagining are currently unknown, it has been described as an approach that will “reinvigorate” the franchise thanks to some “unexpected retooling.”

RELATED: Paramount+ Explained: What Is It, Why Do You Need It and How Much Does It Cost?

Released in 2007, the first Paranormal Activity follows a young couple, Katie and Micah, who have recently moved to a new house in San Diego, California. They are gradually terrorized by a demon that Katie believes has been following her all her life. Micah decides to set up cameras in their house, and thus the found footage genre took hold. The following five sequels build upon the central couple, Katie in particular, and the series has made huge profits despite a mixed critical response.

As for the surprise Pet Sematary prequel, Jeff Buhler will write the script with Lorenzo di Bonaventura producing. The Stephen King story has been adapted a few times, most recently in 2019 by directors Kevin Kölsch and Dennis Widmyer. The latest Pet Sematary is the second adaptation of the 1983 novel of the same name by Stephen King, and once again follows a family that discovers a mysterious graveyard in the woods behind their new home. After losing their cat, Church, in an accident, they decide to bury the beloved pet in the nearby cemetery, unleashing a darkness that soon haunts the Creeds in terrifying ways.

Buhler, who wrote the script for the 2019 adaptation, has previously provided some insight into how he plans to continue the franchise. “We had discussions about possible follow-up films, and for the most part, everybody feels like we’ve told the story of the Creeds,” Buhler shared. “It’s difficult, there are ways to continue this story, this particular story, but it feels almost, the trajectory of this film feels like we flew the plane into the mountain a little bit. It just blows up.”

He added that he hopes to continue the tale by exploring the wider mythology saying, “So a lot of the ideas that we’ve been batting around currently, recently, have all been about, more about digging into the mythology of the town, these rituals that children present, the mythology of the Micmac, the Wendigo, the cemetery, the origins, Jud’s life. So it looks like, I don’t want to promise anything, because we don’t know, we’re not even down the road on an idea yet.”

Paramount+ are clearly interested in investing a lot in the horror genre, with The In Between from filmmaker Arie Posin also heading the platform alongside Paranormal Activity and Pet Sematary. The In Between will tell the story of a teenage girl who, after surviving a car accident that took the life of her boyfriend, believes he’s attempting to reconnect with her from the afterworld. This comes to us courtesy of Deadline. 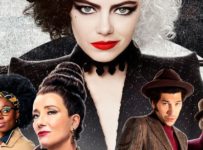 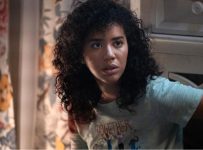 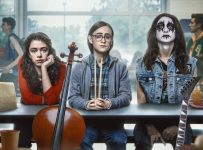 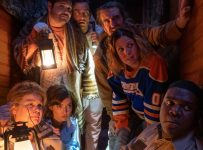 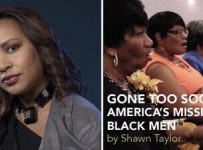 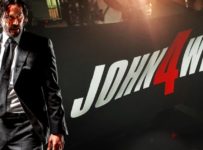