The release of Prey has turned out to be a big success for Hulu, the Predator prequel’s streaming home, but many fans have been left wondering why they couldn’t have enjoyed the movie in theaters. In recent years, partly due to the pandemic heavily affecting the movie theater business, there has been a rise of movies getting released exclusively on streaming services. Given the continued popularity of the Predator franchise, it was a big win for Hulu to get the domestic streaming rights, but the straight-to-streaming strategy meant that Prey would skip a theatrical run.

Since its release, Prey has been getting a lot of praise from critics and longtime Predator fans alike. Many are putting it on par with the original movie, with some saying it’s just as good while others have named it their new favorite of the series. However, there is one common complaint from many of the film’s fans who feel that they were robbed of the best possible viewing experience of Prey by having the movie go straight to Hulu.

“Prey freaking rules! This is a movie that should’ve been in theaters: it recaptures all the visceral terror of the original Predator while also making it feel fresh,” one person says on Twitter. “Amber Midthunder & Dakota Beavers are both awesome (I also highly recommend watching the Comanche dub).”

“Prey was freaking awesome,” says someone else. “Whoever decided it wasn’t ‘good enough’ to be in movie theaters looks pretty stupid right now. Incredible movie on so many levels. Bravo Dan Trachtenberg, Amber Midthunder & Team!”

“Blown away by how good Prey is and it not playing in theaters may be the worst film decision made of this era,” one person puts it.

And another fan, feeling hopeful that there’s still time to see Prey on the big screen, said in a tweet: “If there was nothing stopping us from bringing Morbius back to theaters then what’s stopping us from lobbying Prey into theaters?”

Related: Predator: Six Genres and Targets The Character Should Hunt Next

Director Dan Trachtenberg has also expressed how he was disappointed that Prey couldn’t have gone to theaters. In a previous interview with Uproxx, Trachtenberg said that he still worked with the cast and crew to create a movie that felt like a theatrical experience regardless of the fact that the film was heading straight to the small screen. That could be partly why so many fans are feeling like they should have been able to see the film on the big screen like previous Predator movies. As the director said:

“I mean, look, we made it to be a big theatrical experience and on the downside, it’s not being released that way. So you can’t see in the theater, but on the upside, the thing you’re getting straight into your living room is a giant theatrical experience. It’s not like a straight video dumping ground. It’s like, ‘This is a real movie.’ There’s so many venues that people want people to experience their, I hate to say the word content… They want things to feel premium. Right? So Hulu hasn’t really had… There hasn’t been a 20th franchise baby that has come out yet. So they’re hoping to really ignite the platform to say, “We’re not just putting out the smaller, lower-budget fare. That this is also a place to have giant cinematic experiences.”

Prey can be found streaming on Hulu. Should it have been released in theaters? See some more of the fan reactions to that question below. 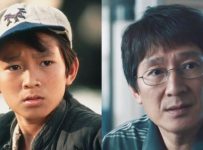 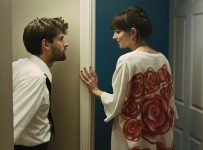 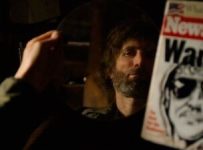 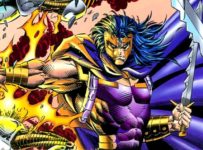 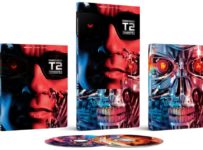 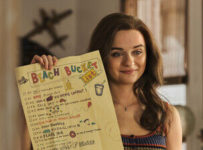