“Genius Loci” – Some people can watch a short like this and know exactly what it’s about after watching it only once. I admit I’m not one of those people (or maybe it’s my 13th short of the day and I need a rest). Regardless, I found just looking at Adrian Merigeau’s film to be a reward in itself. The kaleidoscopic visual landscape is enough to marvel at as a young loner makes her way through a psychedelic cityscape over the course of an evening. (18 min.)

“If Anything Happens I Love You” – Full disclosure (again): I know one of the directors (Govier), and I wrote about this film back in December. I don’t know if it has the ability to break the Academy’s stubborn tradition of letting the members’ kids decide the winner (that’s my theory, anyway), but I do know that no one has ever left this movie without feeling deeply affected by it. I’m rooting for it to win, obviously, but I think I would anyway. Directed by Michael Govier and Will McCormick. (12 min.)

“Opera” – Your eyes cannot possibly take in everything that is happening in Erick Oh’s stunning “Opera,” which depicts an orderly society, seemingly floating through space as we witness swarms of worker bees, war, death, birth, and aspects of society as a whole. There are so many little stories going on that one viewing is not enough here, but it’s a mesmerizing world that has been created. Of all the films out of all these blocks, this is the one I wish I could have seen on the big screen. (9 min.)

“Yes People” – This Icelandic short depicts a day in the life of working-class inhabitants of an apartment building. It’s the kind of animation style where every facial and bodily feature of every character is greatly exaggerated, making it difficult to connect to any of them. Like a “Shaun the Sheep” film, the characters don’t really speak either, but mutter (everyone says “Já” at some point, which is Icelandic for “yes”). It has moments of charm, but I found it ultimately unmemorable. Directed by Gísli Darri Halldórsson. (8 min.) 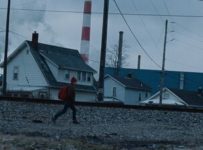 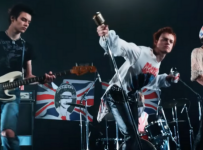 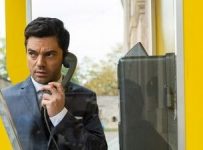 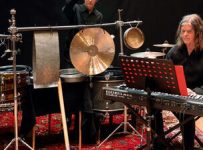 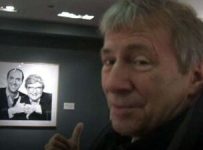