Sylvester Stallone has finally completed his new director’s cut of Rocky IV. Last fall, Stallone — the director, writer, and star of the acclaimed sequel — announced that a director’s cut edition of the movie was in the works in celebration of its 35th anniversary. At the time, Sly had teased that the director’s cut would be released in November to coincide with the original cut’s theatrical release.

While Sylvester Stallone missed his targeted release date for the Rocky IV director’s cut last November, the good news is the new edit is in the can. On Instagram, Stallone posted a new video of himself providing the finishing touches to the director’s cut. The caption of the video reads: “Last day of completing ROCKY 4 !!! Get Ready to RUMBLE!!!”

“It’s never complete. I’ve said this before, you can go back and see a movie that you’ve done 50 years ago and go, ‘I’ve got to re-edit that.’ And every director feels the same way,” Stallone explains in the clip. He also explains how most filmmakers never get the chance to finish the movies in the way they had intended, making him feel pretty lucky to have gotten the opportunity to come back and do just that with Rocky IV.

“It’s not about making a movie, it’s about remaking,” Stallone says. “Unfortunately, you run out of time, you run out of money. They basically throw you out of the room. So, therefore, you don’t get a chance, but on this one, I finally got a chance, so I’m feeling great about this.”

The Rocky IV director’s cut will feature new footage not seen in the original movie, such as a new fight scene between Rocky Balboa (Stallone) and Ivan Drago (Dolph Lundgren). Another major difference is that Paulie’s pet robot will no longer be featured in the movie, as Stallone didn’t feel that the scene fits with what he really had in mind for the sequel.

“The robot is going to the junkyard forever, no more robot,” Stallone previously said on Instagram, confirming that poor SICO had been axed. The decision prompted a response from International Robotics founder and SICO voice actor Robert Doornick, who claimed that Stallone cut the robot scenes in order to save money on royalty fees that were paid to Doornick for using the robot in the theatrical release.

This very well may be the last time we’ll see new footage of Stallone as Rocky Balboa, even if scenes are decades old. It was just recently revealed that Stallone won’t be returning as the Italian Stallion in Creed III after appearing in the first two movies. Still, Stallone has also expressed his desire to make a new Rocky movie with Balboa taking on a new protege and is trying to develop a prequel series as well following young Rocky in the years before the first movie.

At this time, it’s unclear when the “Stallone Cut” of Rocky IV will be released, but let’s hope it’s sooner rather than later now that Sly has finished the edit. This news comes to us from Sylvester Stallone on Instagram. 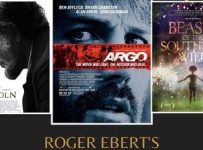 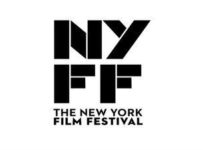 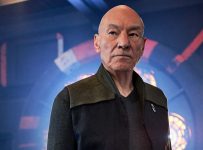 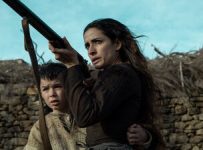 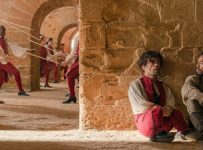