Marvel’s Phase 4 trailer was so full of comic book delights that it was easy to miss the absence of one of their most highly anticipated projects: Blade. So, where exactly is the famous vampire hunter hiding? Well, there have been unconfirmed reports over the last few months that Marvel Studios’ upcoming reboot will begin production later this year, however, there have been no announcements regarding a director or cast beyond Oscar winner Mahershala Ali as the title character.

Blade was recently shown as being put between upcoming sequels Black Panther Wakanda Forever and The Marvels as part of Phase 4 on the Marvel release calendar, however, as such projects as the once mooted Inhumans movie have proven, this is never quite set in stone. Should Blade commence with production this year though, the vampire slayer could be introduced into the MCU as early as 2022. Indeed, Disney has scheduled a Marvel movie release for October 7, 2022, which at present remains unclaimed and would be well-suited to the arrival of Blade and his world of vampires.

Speaking at Disney’s 2020 Investor Day event, Marvel Studios President Kevin Feige did confirm that upcoming releases Black Panther Wakanda Forever, The Marvels and Fantastic Four will be part of Phase Four, but he notably did not include Blade.”As we announced at Comic-Con last year, we’re moving ahead with Blade, starring Academy Award winner Mahershala Ali,” is all Feige had to say about the project. Could the currently empty October release date be for the debut of the Fantastic Four instead? If so, it was left out of the recent sizzle reel footage.

While we await further updates about Blade, here’s what we do know; Watchmen writer Stacy Osei-Kuffour was recently tapped to be on scripting duty for the movie, with the Emmy nominated writer penning a script that will likely reset the franchise and tell all-new adventures of the part-vampire, part-mortal man who becomes a vampire hunter to protect humanity. Moonlight star Mahershala Ali is currently the only actor attached to the project so far. No stranger to the comic book movie genre, the actor previously explained why he was drawn to the Blade reboot in particular saying, “I just brought it up as someone who really wanted to take on that [Blade] role and tackle that…I love that it’s darker,” he continued. “That’s all in terms of tone. He’s a little bit darker than some of the other ones and so that element was attractive to me.”

While plot details remain unknown at present, the movie will no doubt once again involve the internal battle that rages inside Blade, a man who possesses all the vampire’s strengths and none of their weaknesses but does still require blood to survive. There have also been rumors circulating that the movie will introduce Blade’s daughter into proceedings. Named Fallon Grey, she is a teenager who discovers that she is in fact the daughter of Eric Brooks AKA Blade.

While Blade’s absence came as a disappointment to many, the Phase 4 sizzle reel showed that Marvel fans have a lot to look forward to over the next few years, including Black Widow, Shang-Chi and the Legend of the Ten Rings, Eternals, Spider-Man: No Way Home, Doctor Strange in the Multiverse of Madness, Thor: Love and Thunder, Black Panther Wakanda Forever, The Marvels, Guardians of the Galaxy Vol. 3, Ant-Man and the Wasp: Quantumania, and the Fantastic Four. 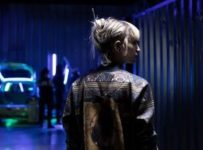 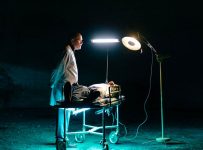 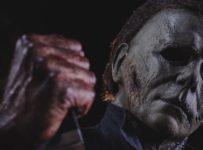 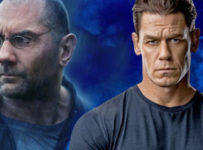