The great thing about the NFL is that a team can be completely out of the playoff mix one year, and contend for playoff supremacy the very next season. The Cincinnati Bengals are a perfect example of this phenomenon. In the 2020 season, they were viewed as a team of the future, but needed some time to gain experience and improve. Additionally, quarterback Joe Burrow tore his ACL, which figured to slow the team down out of the gate in 2022.

However, Cincinnati ended up winning the AFC North last year, and made it all the way to the Super Bowl. Burrow proved that he was completely healthy, and could make plays when the team needed it most.

Heading into the 2022 season, certain teams will have less than favorable NFL betting lines. Some will prove to be warranted, but other teams might prove to be quite capable. Here are three teams fans should keep an eye on.

Conventional wisdom would suggest that the Pittsburgh Steelers are headed for a rebuilding year. They signed bridge quarterback Mitchell Trubisky, likely with the hope that he could help keep the seat warm for rookie prospect Kenny Pickett.

That transition alone might leave the Steelers among the lower tier in the AFC, but there’s one important thing to keep in mind. Their head coach, Mike Tomlin, has never had a losing season in NFL. Whether he had to navigate seasons without star running back Le’Veon Bell, or the diminishing play of an aging Ben Roethlisberger, or the increased talent around the Steelers in the AFC North, Tomlin has found a way to remain competitive every single year. It would not be wise to bet against the infrastructure in Pittsburgh in 2022, either.

It is not an exaggeration to say that the Jacksonville Jaguars may have had the worst coach in NFL history last season. Urban Meyer’s performance with the team was calamitous from the very beginning, and put them in a very difficult position to succeed. They had a hard time focusing on the opponent when they would spend each week responding to the media about the next Meyer controversy.

Jacksonville hired Doug Pederson during the offseason to help right the ship. At the very least, he is not Meyer, and will bring some stability to an organization that desperately needs it. Pederson won a Super Bowl with the Philadelphia Eagles, and will look to give Trevor Lawrence, Travis Etienne and Christian Kirk a chance at success. They have some blue-chip talent to work with, and might surprise some teams early on.

It would be misguided to compare New York Giants quarterback Daniel Jones to Buffalo Bills superstar signal-caller, Josh Allen. In their brief NFL careers, Allen has accomplished much more than Jones has to date.

However, it isn’t unfathomable to think that new Giants head coach Brian Daboll can coax an Allen-like season from Jones. The latter does have the physical mobility and athletic gifts to give defenses trouble, and Daboll would know how to best do that, considering he was the offensive coordinator in Buffalo the last four seasons. 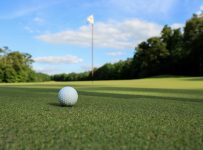 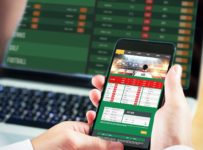 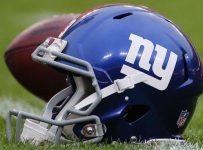 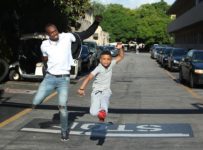 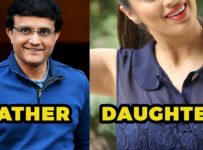