Rodgers said Wilson has told the Seahawks that he wants to play in Seattle, but if a trade were considered, the only teams he would go to are the Dallas Cowboys, New Orleans Saints, Las Vegas Raiders and Chicago Bears.

Wilson, 32, expressed frustration after the season over all the hits he has taken and stated his desire for more say in the team’s personnel decisions. Those frank comments were out of the norm for Wilson, who had never publicly aired any grievances over his first nine seasons in the NFL.

Sources involved have maintained to ESPN that Seattle has not approached Wilson with a potential deal in place and a trade is unlikely. But other teams are noticing tension that has brewed for years, which The Athletic outlined in a report on Thursday. Multiple league execs believe Wilson will be made available at the right price either this offseason or next due to that tension.

Wilson’s contract has a no-trade clause that he would have to waive in order to be dealt.

The Seahawks, sources told ESPN, made it clear to suitors earlier this month that Wilson would not be dealt. Trading him before June 1 of this year would trigger $39 million in dead-money charges against Seattle’s 2021 salary cap. Wilson has three years left on the four-year, $140 million extension he signed in April 2019. That includes base salaries of $19 million, $19 million and $21 million.

Multiple sources confirmed to ESPN that Wilson stormed out of a meeting with Seahawks coaches last season out of frustration that his suggestions for fixing the team’s sputtering offense were dismissed, as reported in The Athletic. A source told ESPN that was a “dark day,” with frustrations riding high after an ugly 44-34 loss to the Buffalo Bills, but the issue was resolved quickly.

The incident occurred the week of Seattle’s Thursday night game against the Arizona Cardinals in November. The Seahawks had lost two straight games and three of four, coinciding with the worst turnover stretch of Wilson’s career.

Wilson had privately lobbied before the season for the Seahawks to throw earlier and more often and had publicly endorsed the “Let Russ Cook” movement that encouraged more of Seattle’s offense to go through its $35 million-per-year quarterback. For the first 10 weeks of the season, the Seahawks dropped back to pass more than any team in the NFL at 69.2%, according to ESPN charting.

But their 28-21 win over Arizona in Week 11 marked a reversion back toward the run-heavy approach that coach Pete Carroll had long favored. Seattle was 16th in dropback rate over the final seven weeks of the regular season, at 62.4%. Carroll signaled publicly that the shift was coming.

Sources have told ESPN that Wilson’s frustrations with the organization go beyond pass protection and his perceived lack of say in personnel decisions relative to other top quarterbacks — the two issues he recently cited in public interviews. Wilson also wants more of Seattle’s offense to go through him, as reported in The Athletic.

The four teams Rodgers told Schefter that the quarterback would play for — Dallas, New Orleans, Las Vegas and Chicago — are all led by offensive-minded head coaches.

Wilson has been sacked 394 times in 144 regular-season games, including 47 in 2020. According to ESPN Stats & Information research, that’s the most in a player’s first nine seasons since the 1970 AFL-NFL merger. But the Seahawks are eighth in ESPN’s pass block win rate since 2017, which is indicative that some of Wilson’s sacks are a function of his propensity to extend plays, as he has acknowledged.

Multiple sources told ESPN that Wilson’s camp asked Seattle after the season about the team’s plans for its offense — particularly the offensive line — as The Athletic reported. The team relayed general thoughts but not specifics on personnel plans, and Wilson then went public with his frustrations.

One source told ESPN that the Seahawks believe new offensive coordinator Shane Waldron will help alleviate the issue of Wilson’s pass protection by increasing the emphasis on short and intermediate throws. Carroll openly lamented how, under previous OC Brian Schottenheimer, the Seahawks failed to adjust to how defenses began taking away the their deep passing game late last season, a factor in their offensive nosedive after Wilson began the season as the MVP frontrunner.

Wilson made it clear publicly and to the team that he wanted Carroll to involve him in the search for Schottenheimer’s replacement. Multiple sources have told ESPN that Wilson was involved and that Waldron was a candidate he endorsed. 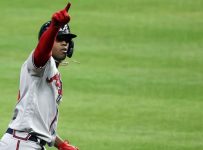 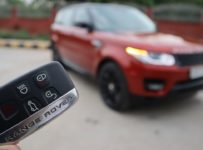 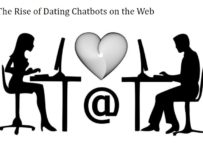 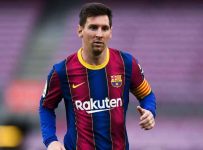 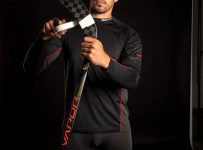 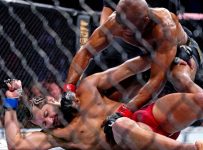