Washington Football Team quarterback Alex Smith said his comeback threw a “wrench” into the team’s plans and that he didn’t feel wanted by the organization this past summer.

Smith, the NFL’s Comeback Player of the Year, told GQ Magazine that he surprised the organization by being able to play.

“Heck no, they didn’t want me there. At that point, as you can imagine, everything I’d been through, I couldn’t have cared less about all that. Whether you like it or not, I’m giving this a go at this point.”

Smith’s words call into question his desire to remain with the organization and how much frustration he still harbors. Washington is open to retaining Smith and building up more of the offense, but the team also is exploring other options at quarterback because of the question of whether Smith can remain healthy for a full season.

Smith has a $24.4 million cap hit and Washington would save $13.8 million if it released him.

“We’re still in a situation where we are looking at all of our options,” coach Ron Rivera said earlier this month.

Smith has not said for certain that he’s going to return, but sources told ESPN’s Jeremy Fowler that he wanted to continue playing. And Smith’s own words in multiple interviews strongly suggest that’s the case. He and Rivera had multiple conversations this month, although neither has said much about them.

“I got more left,” Smith said in the GQ interview. “I got more to get there, too. So I really do really wanna get in the meat of this offseason and see where I’m at and push it. I want to push my body harder. I want to push my leg harder. The harder I push it, it does respond. At some point, I’m obviously going to have to sit down with my wife and have a very real conversation, and do we want to do this? She deserves a ton of input. So we’ll see.”

The team declined to respond to Smith’s comments.

In training camp, Rivera said he was going by what doctors told him about Smith’s recovery. Also, Washington was entering what it thought was going to be a rebuilding year and a 35-year-old quarterback in Smith’s situation, coming off a broken right tibia and fibula, did not mesh with trying to plan for the future. Rivera inherited a 3-13 team and wanted to see if second-year quarterback Dwayne Haskins could develop into a long-term starter.

Washington wanted to place Smith on injured reserve before final cuts, which would have ended his season. That week, Smith and Rivera had a long meeting, and then Smith met the next day with Rivera and offensive coordinator Scott Turner to convince them he should be on the roster.

The doubts were widespread. Smith said there was a “very small group” of people who thought he could do this. Multiple sources in the organization said after watching his documentary on ESPN that they didn’t think a doctor would clear him for contact.

Smith opened camp on the physically unable to perform list, although his personal doctors had cleared him to return. One of those doctors, Robin West, serves as Washington’s head orthopedist.

Slowly, their minds changed. Smith stayed on the PUP list until Aug. 16 as he was showing coaches that he was no longer injured and simply needed to test himself on the field. Still, there were sources close to him at the time who also wondered if Smith would be able to play — or to what level. His injury left him with drop foot, which cause his foot to drag at times. It also required special orthotics in his cleats.

Washington gradually had him do more in practices, but did not put him in 11-on-11 full-padded workouts until late in training camp — after he pressed the coaches to give him a chance.

“I felt like I still hadn’t had my fair shake at that point,” Smith told GQ. “I wanted to see if I could play quarterback and play football, and I feel like I hadn’t been given that opportunity yet to find that out. It’s like getting this close to the end line of a marathon and they’re telling you that you can’t finish the race. It’s like, f— that. I’m finishing this thing. At least I’m going to see if I can. So, I’m thankful we worked through all that stuff but no, it wasn’t like open arms coming back after two years.”

Smith was the No. 3 quarterback for the first four games but was elevated to No. 2 when Rivera benched Dwayne Haskins. Smith returned to the field after Kyle Allen suffered a concussion against the Los Angeles Rams and was sacked six times. Allen suffered a season-ending ankle injury three weeks later against the New York Giants, forcing Smith into the starting lineup the next week against the Detroit Lions.

Washington went 5-1 in games started by Smith. His stats were modest — he threw five touchdowns to five interceptions as a starter. It was six and eight, respectively, overall. But his impact was evident to a young team in need of on-field guidance. Smith was a near unanimous pick as the NFL’s Comeback Player of the Year.

Smith suffered a bone bruise on Dec. 13 and played only one more game, a division-title clinching win over Philadelphia in the regular-season finale. He lobbied hard to play in the wild-card playoff game against Tampa Bay, but Rivera opted for Taylor Heinicke, fearing that Smith’s lack of mobility with the lingering leg issue would result in problems vs. the Tampa Bay Buccaneers’ defense.

Whatever the coaches felt about Smith in August, their thoughts evolved as the season unfolded.

“When you see what Alex has gone through and just his desire and drive to get back and the joy and thrill he gets from playing, it’s been very inspirational for me to watch him,” Rivera said in December.

“There’s an intangible that some guys have and possess,” Rivera said. “Alex has it. Can it be replaced? Well, you’re going to have to find a guy that has those same types of intangibles. Those guys are special. They only come around every once in a while.” 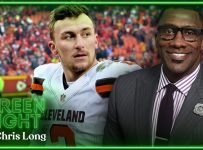 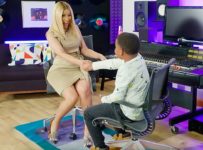 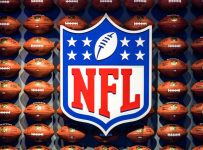 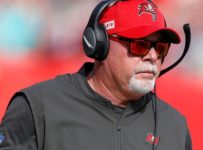 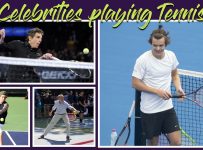 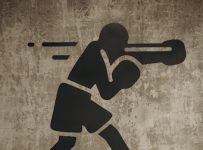