The Seattle Seahawks’ first losing season since 2011 hit a new low point Sunday when they lost 25-24 at Lumen Field to the Chicago Bears, a four-win team that was down to its third option at quarterback in veteran Nick Foles.

What seemed to gall coach Pete Carroll the most wasn’t who the Seahawks fell to but how — after leading by 10 points at halftime and by the same margin in the fourth quarter.

“That was about as disappointing of a loss as we’ve had,” Carroll said postgame. “We were in control in so many ways in that game to go win it and put it away; we just never did and let them stay alive, and they found a way to make their plays. We had to do some stuff to give them that opportunity, and they took advantage of it, and give them credit. They’ve been struggling all year too, and it’s a big win for those guys.

“I feel like I have to do more. In a time like this, I feel like I’ve got to find ways to help our guys more so that we don’t get in a situation where we even give them a chance.”

Week 16 takeaways: Chiefs, Bengals and Bills earn huge playoff-positioning wins, Chargers get upset
10hNFL Nation
Carroll’s future has been the source of speculation with the Seahawks struggling through their worst season since he became their head coach in 2010, though de facto team owner Jody Allen just gave him extension in the fall of 2020 that runs through the 2025 season.

Sunday’s loss officially eliminated the Seahawks from playoff contention, an outcome that had long been assumed. At 5-10, they’ve suffered double-digit losses for the first time since they went 5-11 under Jim Mora in 2009. They’re also assured of finishing last in their division for the first time since 1996, when they were playing in the AFC West. According to ESPN Stats & Information, that was the NFL’s second-longest active streak without a last-place finish.

While lamenting all the issues old and new that doomed the Seahawks on Sunday, Carroll put the onus on himself.

“I’m taking it the other way,” he said when asked if he’s surprised his players haven’t responded. “I’m taking it like I need to do better. I’m not calling [out] the players for not responding. I have to respond better. I’ve got to do more for them and help them more so. Maybe that’s a coach’s ego or whatever. But I don’t mind holding myself in that kind of accountability. I’ve just got to find a way. I’m expecting our other coaches and the players to do the same thing. Everybody gives everything they have to give us every shot to be as good as we can possibly be. And it starts with me.”

One of the Seahawks’ many mistakes Sunday was a missed opportunity midway through the fourth quarter to extend their lead to at least 10 points with a field goal. Wilson was sacked for a 13-yard loss on third down, leading to a 39-yard attempt that Jason Myers missed wide left.

Foles later led an 80-yard touchdown drive that he capped with a touchdown to former Seahawks tight end Jimmy Graham. Instead of kicking the tying PAT, Bears coach Matt Nagy opted to go for two and got it, with Foles hitting Damiere Byrd in the back of the end zone.

Wilson (16 of 27, 181 yards, two touchdowns) described his decision to try to scramble away from pressure on third down as a risk-reward play that could have — and often has — resulted in a touchdown to Tyler Lockett. Part of his thinking, he said, was that a sack would have still left them in makeable field-goal range.

“We’ve done it so many times,” Wilson said. “We’ve hit Tyler and other guys, and unfortunately, we weren’t able to make that play. Then, obviously, the situation happens where we don’t end up making it, but I was trying to play ball like I know how to do and always do and try to move around and just try to see if we can find a touchdown there.”

Carroll said the field-goal attempt should have been from 13 yards closer but that Myers still should have made it anyway.

“In that situation — third down, in field-goal range, to go up by 10 — we’ve got to get rid of the football,” he said. “We can’t take a sack there. We’ve got to take a look at what happened on that play again but that’s what I’m talking about: I’ve got to get that done. I’ve got to get him to execute that way. I’ve got to get Russ to pull that off. I’ve got to get the coaches to make sure we’ve remind him well enough so that that didn’t happen. You sail that out of the end one right there, kick the field goal.”

After going 24 of 24 on field-goal tries last season, Myers has gone 13 of 19 this year. He missed twice in a three-point loss to New Orleans and also missed a PAT in regulation of an overtime defeat to Tennessee.

The Seahawks are now 2-5 in games decided by eight points or fewer, having repeatedly failed to recapture the finishing touch that led them to so many narrow victories over the last nine seasons. From Wilson’s rookie season in 2012 to 2020, they were 47-36-1 in one-score games, according to ESPN Stats & Information. That was good for the NFL’s sixth-best winning percentage in such games.

Sunday marked the second time this season they’ve lost at home despite leading by at least 10 points in the fourth quarter. The Tennessee game in Week 2 was the other. According to ESPN Stats & Information, there’s only been one other instance of a team losing a game in such fashion at home this season.

“I think that’s the biggest and the toughest part about this season,” Wilson said. ” … We have to be able to finish better in my opinion on offense. We can execute better. We can do little things better … ”

Wilson’s future is also in question after he went public with his frustrations after last season, precipitating trade talks with the Bears. When asked postgame what happens now, given that his stated desire to win another championship is no longer in play this season, Wilson kept his focus on the here and the now.

“We get up tomorrow morning, and we give everything we have and get back to work, watch the film,” he said. “I’m going to watch it tonight and see where we can get better and where I can get better and continue to learn as much as I can. Nothing ever changes in that sense.” 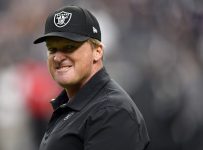 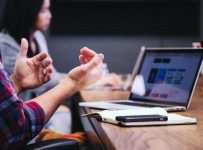 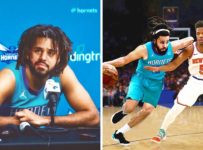 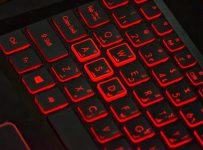 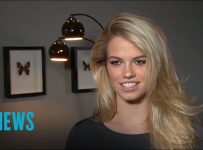 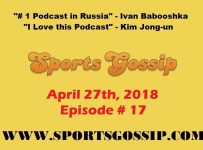