United States women’s national team star Megan Rapinoe hit back at a series of tweets by Golden State Warriors forward Draymond Green in which he, in part, blamed women for making “complaints” rather than taking action over disparities in pay and investment in women’s sports.

On a Zoom call ahead of this summer’s Olympics in Tokyo, Rapinoe told reporters that a series of tweets made by Green last month, on which he tagged a number of WNBA stars, were misguided.

“It’s really unfortunate, in the position [Green’s] in, having all of the resources that he has and the ability to have a much more educated opinion, that he just hasn’t,” said Rapinoe, who has been at the forefront of the USWNT’s quest for equal pay. “And then, drag all these other people into it by tagging them and speaking at a time when the [NCAA] tournament is going on and all that we saw with the lack of resources and funding.

“That’s frustrating that’s the take you have. You obviously showed your whole ass in not even understanding what we all talk about all the time — WNBA players and us on the national team. Like what Sue [Bird] said, you tagged the wrong people. You don’t think we asked for more money? I mean, what are we screaming about? Nonstop!

“We are getting obnoxious to ourselves, to be honest. And then two or three days later, to completely double down on it is really frustrating. We know all this, about all social movements and all people who are marginalized, whether it’s by race or gender, religion, sexuality, whatever it is, it is not just their job to be the ones fighting oppression. We need all of the other people as well. So to have someone who does know what it is like to be oppressed, in many ways, to heap that all back on female players, or people who play female sports, it is just really disappointing.”

Rapinoe added that she hasn’t just spoken of equal pay but also about the level of investment and media coverage.

“When we talk about equality and women’s sports, we always talk first about investment, and funding and resources and marketing and branding and investing in not just the players but the support staff and coaching and media, TV media, print media, all of it,” she said. “Those are the things that we talk about first, and I think anybody who watches us or follows us, or really has skin in the game and equal pay or equality in that sense, knows that that’s what we talk about first.”

In a series of tweets posted on March 27, Green said: “As long as y’all make the argument about pay, while the revenue stays the same… They will continue to point at the revenue not being high enough to cover bigger salaries. While that is true in damn near every business, how do we take that card out of their pockets? That’s the key to changing the pay. There’s no argument for lack of revenue, unless… You make those that say they stand for women actually stand up.”

Green added: “The NBA wasn’t always the global game that it is today. It wasn’t always driving as much revenue as it does today. But there were people behind it, building the platform, and more importantly telling INDIVIDUAL…stories and building up the interest in the players. That’s how the game took off. Who’s building up y’all platform? Who’s telling the individual stories of how great y’all are? Building the interest and transforming women’s basketball into a global game?”

Rapinoe was also asked about the reaction to the recent passage of a new election law in Georgia and MLB’s decision to relocate the All-Star Game from Atlanta. Rapinoe gave MLB’s decision her full support.

“I think everybody has a responsibility to do whatever it is that they can to make the world a better place,” she said. “We’re talking specifically about these Jim Crow 2.0 voter suppression laws in Georgia. Yeah, I think companies that have influence in Georgia, whether it’s MLB or local companies, wherever, maybe if you can flex your power in that way and use your influence of a platform that you have, where you have, obviously, Black and brown players in your league, you have Black and brown fans. You know, just generally, the issue that we have with voter suppression in this country, I think everybody and every business and everything should be at the disposal to make sure that we’re influencing those laws in the right way.”

She added: “Ultimately, it’s all about people’s rights. Showing up, allowing people to exercise their right to vote and to be part of the civic process is the most important thing in a democracy. So this is extremely undemocratic. And un-American by the ideals that we want to live by. So, yeah, shoutout to the MLB for making that step. I’m sure that was very difficult. And financially, I’m sure it has a lot of implications. And politically for them, I’m sure it does as well, but it draws a very clear line in the sand for a league who has more to do than they have less to do. So it’s a really strong step from them.” 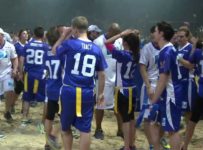 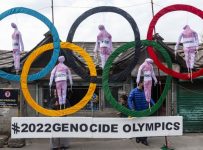 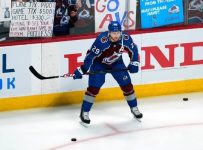 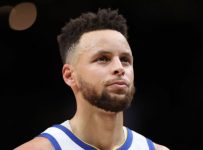 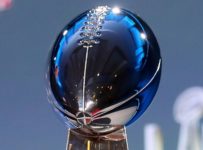 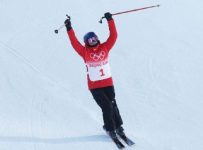