United States women’s national team forward Megan Rapinoe said the semifinal defeat to Canada in the Olympic Games on Monday is a “bitter one to swallow.”

The USWNT fell 1-0 through Jessie Fleming’s second-half penalty and will miss out on the chance to win a gold medal.

“It’s terrible. We just didn’t have it today,” Rapinoe said after the match. “Just too many errors from us again. I felt like the space was there for us to play and we just couldn’t get into it, too many touches or, you know, an errant touch.

“That’s football. They got, I think, one shot on goal, a PK, and from what it sounds like it was a PK. So yeah, it’s a bitter one to swallow. Obviously we never want to lose to Canada. I don’t think I’ve ever lost to Canada.

“So it’s a bitter one. Obviously there’s still a lot to compete for. That’s what I told the girls and what we talked about in the huddle. It’s not the color we want, but there’s still a medal on the line. That’s a huge thing and we want to win that game, but yeah, this is … this sucks. It sucks.”

The loss marked the first time the USWNT have been defeated by Canada since 2001, snapping a 36-game unbeaten streak against their North American rivals.

“For those of us that were part of the 2012 team [Canda lost to the USWNT in the semifinal after extra-time at the London Olympics], it’s nice to get a little revenge in an Olympic semifinal,” Canada captain Christine Sinclair said.

“I was just sitting there thinking how proud I am of this team,” she said. “It’s a very unique group. It’s a special group and I’m so proud to be a part of it.”

The USWNT have endured a tough time at the Olympics, starting with a 3-0 loss to Sweden that snapped a 44-game unbeaten streak and a scoreless draw with Australia in the group stage.

Megan Rapinoe has said the USWNT will find it hard to take the Olympic semifinal loss to Canada. Photo by Naomi Baker/Getty Images
Vlatko Andonovski’s side needed penalties to defeat Netherlands in the quarterfinals, but Rapinoe said she struggles to understand why the team was not able to perform in Japan.

“It just hasn’t flowed for us. It hasn’t been easy,” she added. “But it just didn’t click for us. I don’t know if it was just roster rotations. I know it’s a tough tournament, trying to save people.

“But our bench is deep, deep, deep as hell. So I don’t think we can really put it on that. I can’t quite put my finger on it. I’ve been thinking about the whole tournament, we just didn’t have that juice that we normally do.”

At the full-time whistle, Rapinoe spoke to teammate Carli Lloyd. When asked about the conversation, an emotional Rapinoe replied: “Obviously, we’ve been in this a long time together.

“We’re both closer to the end than at the beginning, and we’ve shared a lot of those happy moments on the field and, you know, not many sad moments, but we’ve had a few. We don’t even really need to say anything.

“It’s tough. [She’s] one of the greatest players that’s ever pulled this jersey on. It was probably — I mean, who knows, it might not be her last Olympics but it probably is — obviously we want to send everybody out on the happiest note, and we weren’t able to do that today.”

The USWNT will play Australia in Thursday’s bronze-medal match. Australia lost to Sweden in the other semifinal. 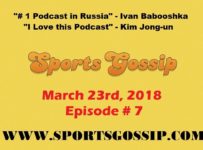 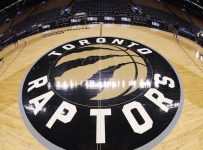 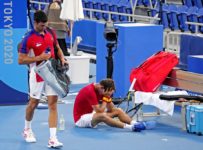 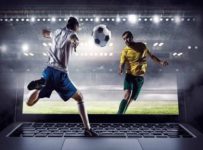 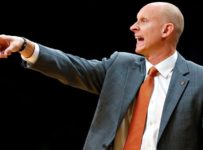 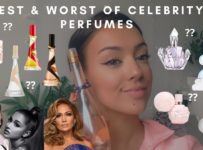