Deshaun Watson’s lawyer, Rusty Hardin, acknowledged during a Friday news conference that there were some “consensual encounters” between the Houston Texans quarterback and some of the 22 women who have filed lawsuits against him, but he said at no point did Watson engage in any acts that were not “mutually desired.”

When asked to clarify his comments about Watson taking part in sex acts with some of the women who have filed lawsuits against him alleging inappropriate behavior and sexual assault, Hardin replied, “In some of these massages there’s going to be no question. We’ve never run from it.”

Watson has publicly denied any wrongdoing, and Hardin has emphasized since he began representing the quarterback last month that he believes “any allegation that Deshaun forced a woman to commit a sexual act is completely false.”

“I’m not going to go into what it is or the nature or the numbers or with whom,” Hardin said regarding any consensual encounters between Watson and some of the plaintiffs. “But I think you can rightfully assume that. The question always that we have always been emphasizing: Never at any time, under any circumstances … did this young man ever engage in anything that was not mutually desired by the other party.”

From trade talk to 22 lawsuits: How the narrative around Texans QB Deshaun Watson flipped

Nike, Beats by Dre halt Watson sponsorships
Earlier Friday, two judges ruled that most of the plaintiffs suing Watson must identify themselves. The rulings from two hearings cover 13 of the 22 lawsuits filed against Watson, while the attorneys also agreed to release a 14th name later in the day.

Court records show Hardin has filed motions asking that the remaining women who have not revealed their names also make their identities public.

Prior to Friday, only two women had been publicly identified.

During Friday’s first hearing, in the 270th District Court, Hardin had accused the plaintiffs’ lawyer, Tony Buzbee, of using the women’s anonymity to “kill the reputation of our client.”

Buzbee argued that allowing anonymity is common in cases dealing with allegations of sexual assault. Buzbee said Ashley Solis, who publicly identified herself earlier this week, had received death threats, and during the second hearing he shared an example of a threatening message sent to Solis.

After the hearings, Buzbee released a statement saying the other women suing Watson have been “emboldened” by Solis going public with her experience.

“They are ready to be identified,” Buzbee said. “In lawsuits sometimes we push hard for something that may turn out to not be helpful. As I said in court, be careful what you ask for. Identifying these women at this point adds even more credibility to the allegations being made, and I am proud to stand with these brave and courageous women.”

Buzbee and Hardin also agreed that the 22 lawsuits could be consolidated in the 113th District Court for any pretrial matters.

McCarthy said the league launched an investigation under its personal conduct policy last month after the first allegations and that the NFL is “continuing to closely monitor all developments in the matter.” 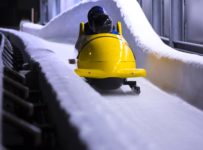 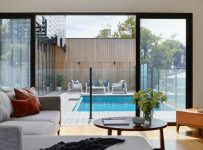 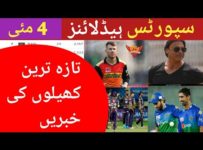 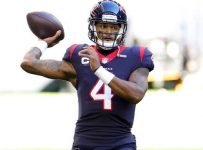 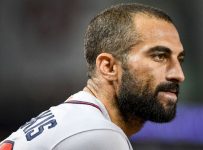 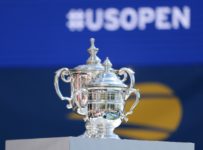