Deshaun Watson, who had requested a trade from the Houston Texans before multiple lawsuits alleging sexual assault and inappropriate behavior were filed against the quarterback, wants to join the Denver Broncos, former teammate Kareem Jackson said on a podcast.

“I’ve got a great relationship with Deshaun,” Jackson, who plays for the Broncos, told former NFL player Aqib Talib on his “Catchin’ Fades” podcast. “I’ve been talking to him the last couple of weeks, man, and like, all he’s been telling me is like, ‘Jack, just tell ’em, like, that’s where I want to be.’ … He’s like, ‘I want to be in Denver.’”

Watson hasn’t shown up for Houston’s voluntary organized team activities. The Texans on Wednesday canceled their June 15-17 mandatory minicamp, meaning Watson can’t be fined for missing any spring workouts because nothing was mandatory.

He would have been subject to a $95,877 fine if he had missed a mandatory three-day minicamp.

Texans QB Taylor eager for opportunity to start
Jackson, who was a teammate of Watson’s in Houston during the 2017 and 2018 seasons, told Talib that Watson wanted him to let the Broncos’ front office know that he’s interested in playing for them.

“Listen, man, tell them I want to be in Denver,” Jackson said Watson told him.

Two months after asking for a trade because he reportedly wasn’t happy with the way Houston handled the search for its general manager, the first of 23 lawsuits was filed against him. There are currently 22 active lawsuits alleging sexual assault and inappropriate behavior by Watson.

Lawyers are going through the discovery phase, and both sides have said there are no settlement discussions. According to the docket for the case, if these lawsuits continue to trial, depositions are set to begin in September. The plaintiffs would be deposed before Watson, who can’t be deposed before Feb. 22, 2022.

The NFL is conducting its own investigation into the lawsuits.

Watson is scheduled to make $10.5 million in 2021 on the fifth-year option of his rookie contract. Because of the contract extension he signed in September 2020, Watson’s salary jumps to $35 million in 2022.

The Broncos currently have quarterbacks Teddy Bridgewater and Drew Lock on their roster, while Houston has Tyrod Taylor and Davis Mills. 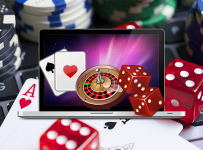 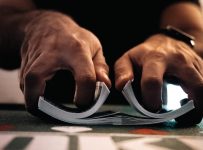 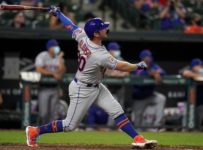 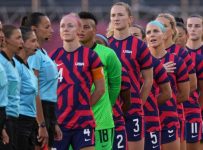 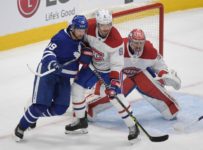 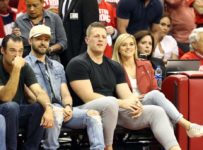