Many have wondered and even enquired about an NRL team in Adelaide. If this city is the fifth-largest significant urban area in Australia, surely it would make sense for them to compete in this beloved sport on a national level? What some may not know is that once upon a time, Adelaide did have their very own team in the National Rugby League, the Adelaide Rams, but for many reasons, this team was dissolved. We take a look at the history of rugby in Adelaide, as well as possible future prospects for rugby in Adelaide and other cities in South Australia. We wouldn’t bet on the NRL team bringing this team back any time soon.

History of Rugby in Adelaide

In 1995,  News Limited started putting together a new rugby league, the “Super League”, which naturally contested with the New South Wales Rugby League (NSWRL). After signing with eight of the proposed ten Super League teams, the organisation began talks with the South Australian Rugby League (SARL), which subsequently signed with them to allow SARL to create a team for the Super League. It was officially on 13 December 1995 when the ‘Adelaide Rams’ was launched as the tenth and final team to join the Super League. This league was only able to join in 1997 for its first (and only) season, and the Adelaide Rams was a part of it,  with international back rower Rod Reddy as their inaugural coach and Liz Dawson as their Chief Executive.

Knowing that South Australia was an Aussie Rules (Australian Rules Football) stronghold, many wondered if the Adelaide Rams would get the crowd support they needed. Adelaide already had two teams in the Australian Football League (AFL), the successful Adelaide Crows and a new team, Port Adelaide, which debuted the same year as the Rams. Fans also had the option of watching the Adelaide 36ers, a basketball team in the National Basketball League, as well as popular Adelaide netball teams. Despite much fan competition, the Rams’ first home game at the Adelaide Oval pulled in a whopping 27 435 fans. This was the fourth-highest attendance of the whole season. Sadly, their on-field performance (six wins, eleven losses, and one draw) was not too impressive, finishing second last on the Super League premiership ladder. Nonetheless, their relatively high crowd attendance (averaging 15 330 fans per week) secured them a spot in the league for the next season.

At the end of 1997, however, the Australian Rugby League joined with the Super League to form the National Rugby League (NRL). The Rams participated in this league in 1998, but it was sadly their final season. Many factors played a role in their demise. Their home ground, the Adelaide Oval, belonged to the South Australian Cricket Association (SACA), and after many disagreements, the Rams decided to move to a smaller field, Hindmarsh Stadium, with a capacity of only 16 500. Throughout the season, crowd attendance dwindled, averaging only 7 472 fans per game – less than half their previous season. Their poor performance (seven wins, seventeen losses) also contributed to fans preferring to support other Adelaide sports teams, which happened to be rather successful that year.

The NRL had planned to reduce the number of competing teams, and with the Rams’ poor performance and lack of crowd support (despite best efforts), their funding was pulled just weeks before the 1999 NRL season. This financial loss for News Limited showed that perhaps Adelaide was not yet ready for a nationally competitive rugby team.

Why They Don’t Have a Team Now

With much talk about expansion of the league, one might ask, why not try again? With the current sixteen teams in the NRL, and the confirmed addition in 2023 of the Redcliffe-based Dolphins, expansion into South Australia may not be too far off. Of the current teams, nine of sixteen are from the Greater Sydney area, with another in regional New South Wales, three from Queensland, one from Victoria, one from the Australian Capital Territory, and finally, one from Auckland, New Zealand. Many have questioned if it really is a national rugby league since most of the teams are from the East Coast. Others have reasoned that launching a team further West will result in a new fan base rather than having teams compete for a fan base. With the success of Melbourne Storm, maybe the answer for a South Australian rugby team is simply a little more effort and risk.

So can we expect an Adelaide team in the NRL in the future? Well, with rising numbers in junior rugby leagues in Adelaide and South Australia and several NRL games having been hosted at the Adelaide Oval throughout the years to gain interest in the area, it does seem possible that another launch westward may be a possibility. Of course, this would depend on the crowds and the performance of the team. Some don’t think it will be a possibility due to the grand success of the two Adelaide AFL teams, but with an increasing population, we can’t be sure. 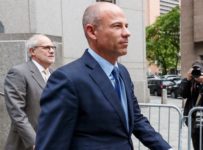 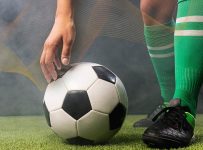 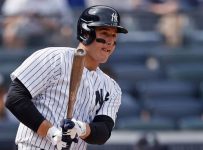 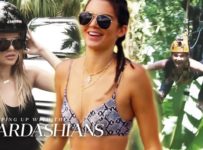 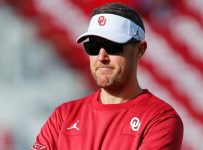