We’re less than a month away from the season premiere of Animal Kingdom after waiting a year for its return, and the trailer teases its wildest season yet.


Life for the Codys is a whole other beast in the wake of Smurf’s death, and now everyone wants a shot at the crown and running the Cody empire, even if it potentially means running each other into the ground.


In Smurf’s absence, the Codys intend to prove that they don’t need their matriarch to run shit, but they’ll have an uphill battle with outsiders challenging them regardless.


Smurf’s death left an opening, and they need someone at the helm, but the question is who?


Smurf’s boys can’t decide on that since they all claim they’re the ones in charge. It’s typical.


Noticeably absent from the trailer is any peek at Angela or either Deran or Craig’s fathers.


However, we catch our first glimpse of present-day Pam, Smurf’s longtime friend who used to run cons with Smurf back in the day and who went to prison, taking the fall for a job they worked in the past.


If you recall, Animal Kingdom Season 4 Episode 13 left the boys reeling when they learned Smurf cheated them out of money and left everything to Pam.


J and Pope are on the same page regarding the Pam problem, but it doesn’t appear as if their relationship will come without some difficulties.


The two likely want to go after Pam, but in the little we see of her, it’s doubtful she’s one to trifle with at all.


“Your mother built an empire,” we hear Pam say. “Power can be taken, or it can be earned,” she says sagely.


It’s an apt statement as we see flashes of the Cody boys’ power struggle among themselves, including Deran punching J, the two fighting in the pool, and Craig tweaking Deran’s nose.


Tensions are high, and undoubtedly, there are still some conflicting feelings after J took the kill shot that ended Smurf.


Whatever allegiance the Cody boys have is tenuous at best. And the truth of the matter is they have to worry about one another almost as much as outsiders.


At one point, we see J, whose face looks like he got into the ring with Mike Tyson himself, zipping up a bag and claiming that he’s leaving. It comes on the heels of a scene where Deran and Craig accuse J of stealing from them.


It’s something Pope doesn’t take too kindly too, and he lays down a Pope-esque threat, “If you leave, I’ll find you.”


It’s not surprising that after we hear Craig professing that they finally get a chance to do things their way and they want to expand their family business, the boys are struggling to all stay on the same page.


The lure of power and being the one on top is too appealing for them all.


Pope likens it to the laws of nature.


We get flashbacks to a young Pope. We see him sitting in front of the television, watching the nature channel, as present-day Pope shares with J that it used to be a hobby of his.


“They survive, they reproduce, they’re one generation from being feral,” Pope observes.


“So if another animal gets in our way, we just run it over, right?” J asks, picking up what Pope is putting down.


It’s beautifully cut with a flashback image of young Smurf howling in the passenger seat of a car as she and Pam presumably make off with their score from another heist.


It’s also quickly followed by Pope holding someone at gunpoint.


“This is our family,” Pope says. “We’re calling the shots now.”


The trailer shows us shootouts, fistfights, highspeed chases, explosions, and so much more.


The trailer teasers that the Kingdom is wilder than ever, and based on this high-octane preview, it sure as hell isn’t exaggerating.


The montage of the guys all saying they’re in charge is one of the best aspects of the trailer, though. Of course, don’t take our word; check it out for yourself.


If you need a refresher, you can watch Animal Kingdom online here via TV Fanatic.


What are your thoughts on the trailer? Hit the comments below! 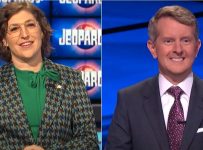 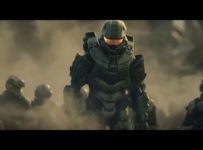 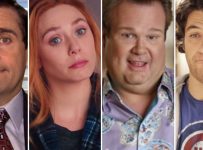 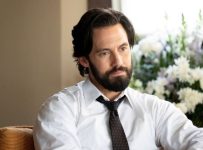 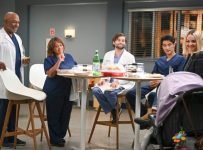