Being the bigger person is tough, and sometimes, it can reap a lot of rewards.


Fallon’s tenacity paid off in a big way on Dynasty Season 4 Episode 8, which unmasked the person messing with her deal as some loser from her college days.


Colin was the worst. There’s no question about that, and his obnoxious attitude made me want Fallon to take him down, but there was some much-needed character development for Fallon in this scenario.


Colin cheating with his assistant was not surprising on a primetime soap like Dynasty, but Fallon would have leaked the snaps to get the upper hand on any other episode.


From a financial standpoint, I’m not even going to begin wrapping my head around how her plan worked, but at least she chose the high road instead of mingling with Colin in the gutter.


What irked me the most about this plot was the way Colin vowed to get revenge. Surely Fallon having incriminating photos of him in her possession should have scared him off.


Then again, maybe he’ll reveal he’s in an open relationship with his wife or something to make Fallon rethink her decision.


If you watch Dynasty online, you know the past seems to resurface to haunt Fallon, but will this be the rare occasion in which she manages to come out the other end smelling of roses?


I didn’t realize how much I missed Falliam working together, but Dynasty Season 4 has lacked a lot to do with my favorite TV couple.


Blake, Alexis, and Dominique squabbling over the mansion and what was going on beneath the ground was frustrating more than entertaining.


When these characters are changing sides every other scene, it becomes a bit of a chore for viewers, but I was surprised Dominique ultimately chose to side with Blake.


Dominique has wanted power ever since her arrival on Dynasty Season 2, and now that she’s finally getting somewhere, it was difficult to judge just where her loyalty would end up.


She’s made a forever enemy in Alexis, but maybe they’ll start the process of getting close on Dynasty Season 4 Episode 9 with them both stuck in the mine.


The fight scene was so over-the-top that it was nice how the boulders fell down to block their path.


This being Dynasty, it wouldn’t have been surprising if Alexis somehow managed to overpower — and kill — Dominique.


The way Alexis was pressing on the throat of her nemesis proved as much, leading me to believe they will continue to be at odds.


Blake’s admission that the mine had been valued and there was nothing there leads me to believe there’s a more significant reason it was left to Dominique.


Was it a joke from beyond the grave, or is there something more significant buried beneath the mansion?


Alexis will likely continue to turn up the heat on Blake, especially after he managed to lure her into a false sense of security.


We need to see some progression between this former couple. The trick will be how the series adapts to this new dynamic because we can’t have the same lame developments for them.


Why would these people genuinely want to be at odds for so long? It’s not like they’re getting any younger, but time will tell.


Both Alexis and Dom will likely find a way to turn what happened in the mine into a benefit, perhaps going after Blake and blaming him for the banging inside the mansion.


It was fun how far Blake and Dominique went to deceive Alexis, but this feels like something that will blow back on Blake and possibly affect Fallon Unlimited’s decision to go public.


Cristal’s diagnosis was heartbreaking. Daniella Alonso has been getting truly terrible material to work with, but it’s hard to imagine the series writing this iteration of Cristal off.


The Krystle on the original series had a brain tumor and was in a coma for several years, so maybe we’re in for a similar scenario here.


I won’t delve into how that storyline panned out in the original series, but it was bizarre, to say the least.


Cristal needs to confide in Blake about her condition, or they run the risk of running into some more issues.


Their relationship has been horrid for some time now, but at least they’re working on it.


Maybe this sad diagnosis will bring them together, but it’s hard to imagine Adam keeping the truth away from his father for very long.


Yes, they’ve had their issues, but if Adam thinks his father is losing the woman he loves, that’s another story.


Speaking of love, what the heck is going on with Sam? He has ZERO chemistry with Fletcher, yet he’s the man he winds up in bed with?


This reeks of drama for the sake of drama because of the way his relationship has been going with Ryan.


I would’ve preferred Ryan to barge into the room to really show Sam what he was missing.


As for this love triangle between Mia, Jeff, and Culhane, it seems like yet another way to put Jeff and Culhane against one another.


Would it hurt for the writers to bring harmony to some of the characters?


“Your Sick And Self-Serving Vendetta” was an above-average affair, but the series is still languishing.


There are too many characters, not enough locations, and not enough good storylines to give everyone.


What are your thoughts on Fallon’s decision? Did Dom choose the wrong side? What did you think of that Cristal revelation?


Catch a new episode of Dynasty Friday, July 2 on The CW. 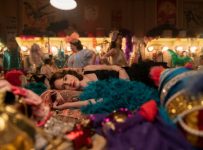 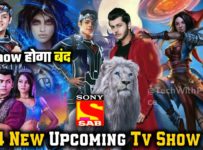 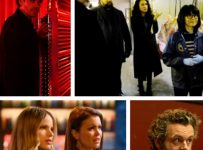 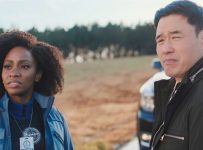 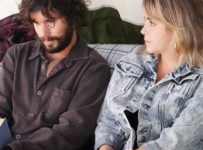 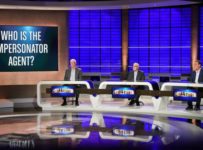