So far, Evil has been living in a gray area.


Sure, there are things for which there seems to be no explanation, but we’ve never really witnessed them outside of dream sequences.


Now, though, things are heating up with visual clues that something is amiss. At the same time, EVIL Season 2 Episode 3 leaves much of what’s happening up for interpretation.


What wasn’t up for debate with “F Is for Fire” is what was happening with Mathilda.


For reasons we don’t understand, her family has been plagued by a Jinn, one of the worst of its kind.


The Ifrit Jinn is the most powerful demon of Islamic mythology because why start low on the Islamic demonic scale?


Wikipedia suggests that they’re associated with the underworld and spirits, and we know from Evil that they’re working with flames. In this case, it looks like something out of a horror movie with the flaming head — almost like a flaming scarecrow.


Still, it’s highly unpleasant and has to be scaring the hell out of Mathilda. Its presence has ravaged her entire life, and since the show ended without a satisfactory conclusion to the saga, I hope we’re not done with her or the Jinn.


Introducing Mathilda’s Jinn possession moved out of the strictly Christian (Catholic) nature of Evil. With her flashing eyes, the nanny-cam video of a screeching entity starting a fire and the trash can lighting up while we watched suggested that it was the real deal.


Pool chemicals in her closet and later in the trash could account for the fire, but it felt more like Ben was grasping at straws instead of positing an acceptable theory.


Since Ben is experiencing things he cannot explain, he’s feeling pressure like he’s never felt before.


His attempts to capture his nighttime visitor on the record failed miserably. The feel of his dream convinced him that he was lucid dreaming, but his efforts proved otherwise. The question now is whether it’s just a realistic dream or something more sinister.


If only Ben and Kristen, in their quest to remain unconvinced that they could believe in metaphysical mumbo jumbo, would talk to each other, the similarities between their dreams might help them reach a conclusion.


Mathilda’s possession introduced something else to ponder by her being a child. It brought the focus more squarely on Kristen, and with what she’s been experiencing, we needed that line of questioning.

I’m coming for you. The father below will embrace you in his warm hellfire.


The Jinn spoke directly to Kristen, so if there was any doubt about her being a demonic target or an outright target of the devil himself, that appears to be over.


Mathilda had no evidence to make up that personal attack on Kristen, and the way that Kristen fled the room proved it got to her.


She’s associating the child’s tea set with the demonic presence, and since it came back out of the trash, it’s not a bad theory. But she’s plagued by something far more sinister.


Demons have been coming to her in her sleep for a while, and she probably thought that the sexy dreams (HELLO… BREASTS?!) that she was having were kind of cool. They got her riled up enough to abandon her children to see if she could satisfy that craving.


Taking that step seems to be the very type of thing that a demonic spirit would do. It’s opening her mind to negativity of any kind as a way to get into her soul. Kristen’s girls are her entire life, so leaving them home at night after what she’s experienced since taking this job isn’t a good sign.


Snapping the rubber band on her wrist didn’t launch her out of a dream as she hoped when she saw the flaming Jinn, but she didn’t associate her fiery dreams in any way with her flaming Jinn. That is unfortunate and could be damning.


Sheryl’s actions lead me to believe that she’s already soundly in demonic possession, possibly by an entity that doesn’t even need Leland any longer.


She’s part of its plan to lure Kristen’s soul to the dark side, and it’s working.


Thankfully, Kristen is very honest with Kurt. I’m not quite certain he believes everything she tells him, but he believes she believes it, and that’s helpful.


I was thrilled that he wasn’t a blunt object when it came to Sheryl’s machinations. He easily put two and two together, and he’s going to try to staunch what’s started between him and Sheryl.


It’s worrisome that he put off recommending another doctor after that shitshow of a performance that Sheryl used on him, clasping his legs like a toddler and wailing into his abdomen while on her knees.


That was not an easy scene to watch, and it was even worse when she used the same tactics on Kristen. That’s when I knew that she wasn’t the woman we once knew.


It also suggests that by the time she was telling Leland that she’s dated lots of demons that she might not have been speaking as Sheryl.


Speaking Leland, there was very little on that front outside of David’s reveal to Sister Andrea of the map. Initially unwilling to look at something that was not supposed to be in his possession, David persuaded her to help when he said he got the map from Leland.


Her language skills led them to Mathilda, and despite everything that happened, the story didn’t circle around to what that meant.


We often look at Leland as a joke of a nefarious presence, but what he’s helped the devil accomplish at the fertility clinic is downright diabolical.


I’m eager to hear what you thought of this episode.


Do you think they’re finished straddling the line and walking headfirst into the reality of demons and possession? 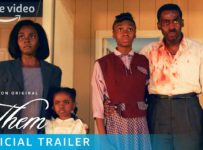 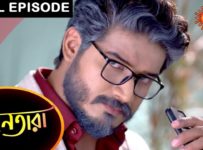 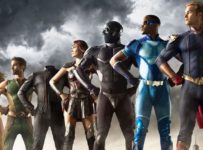 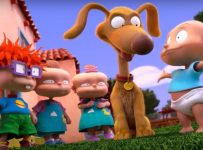 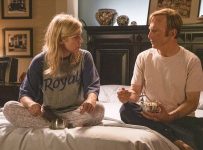 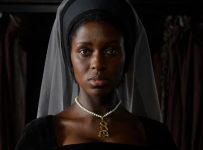