After previously stepping down from the voice role of Apu Nahasapeemapetilon on The Simpsons, Hank Azaria feels like he needs to “go to every single Indian person in this country and personally apologize.” After spending nearly 30 years voicing the man who serves as Springfield’s Kwik-E-Mart manager, Azaria officially retired as Apu following controversy over the character’s portrayal in the cartoon.

Back in 2017, the Apu controversy first began to affect the series with the release of the television documentary The Problem with Apu. The doc criticized the series for reinforcing stereotypes of Indian-Americans, with a white voice actor playing the character cited as one of many issues. In 2020, Azaria announced that he had agreed to step aside from voicing the role, and this was later followed by an additional announcement that white voice actors would no longer be voicing non-white characters.

RELATED: The Simpsons Steamed Hams Episode Almost Got a Spin-Off Series in the Mid-90s

Looking back at the Apu controversy in a recent interview on the Armchair Expert podcast, Hank Azaria opened up about why he feels so apologetic about his portrayal of Apu on The Simpsons. To explain his point, he shares a story of meeting a young Indian-American at a high school who helped him understand how problematic the character has been for the community. From the podcast:

“I was speaking at my son’s school, I was talking to the Indian kids there because I wanted to get their input. A 17-year-old … he’s never even seen The Simpsons but knows what Apu means. It’s practically a slur at this point. All he knows is that is how his people are thought of and represented to many people in this country.”

Azaria then explained how, with “tears in his eyes,” the boy asked the actor to tell the writers in Hollywood that what they do matters and makes a big impact on the lives of others. The former Apu voice actor agreed to deliver the message, before expanding upon how he feels so guilty that he wishes he could personally apologize to every Indian-American.

“I really do apologize. It’s important. I apologize for my part in creating that and participating in that. Part of me feels like I need to go to every single Indian person in this country and personally apologize. And sometimes I do.”

Despite the controversy, series creator Matt Groening had said that the producers plan to keep Apu on the series, but it will obviously have to be with a new actor as Azaria has since stepped down. Apu has only appeared in a limited capacity since the height of the controversy, and no new voice actor has yet been cast to play the character. It’s unclear when Apu will show back up on The Simpsons.

Earlier this season, The Simpsons saw another major recasting take place. After Harry Shearer voiced Dr. Julius Hibbert since the start of the series, Kevin Michael Richardson has since replaced him, and his first turn as the character was heard in a recent episode of the show. To hear about about the Apu controversy from Azaria’s point of view, you can check out the full interview at the Armchair Expert podcast. 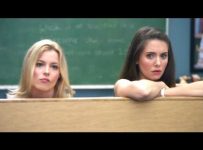 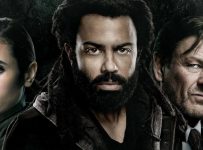 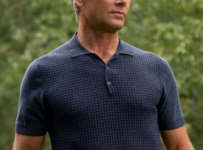 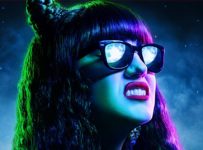