After nearly a two year hiatus, It’s Always Sunny in Philadelphia will soon be back as Rob McElhenney recently stated that writing for the upcoming Season 15 is set to begin this month. Always Sunny has not aired episodes since November 2019, so it’s likely that new episodes will air more than two years after the conclusion of Season 14 due to the writing only just now happening. McElhenney confirmed the good news in an interview with NME’s Alex Flood. ‘Always Sunny’ writers are starting work on season 15 this month (nme.com)

In the interview, Rob McElhenney said, “We are going to start writing in three weeks season 15.” Because writing has not even begun yet, it’s probable that the Always Sunny gang will tackle a multitude of relevant topics – specifically COVID-19. McElhenney confirmed in a tweet in January that Always Sunny Season 15 would be “all about” the pandemic. This makes sense for the show as it has a tendency to bring extreme satire to real-life hot topics. Fans can only guess what kind of ridiculous schemes and hijinks the Always Sunny gang will get into during a worldwide pandemic.

It would not be the first time that McElhenney would use one of his shows to portray the pandemic, however, as his Apple TV+ show Mythic Quest filmed a special quarantine episode after Season 1. In the same interview with NME, McElhenney discussed the upcoming Season 2 of Mythic Quest, specifically the acquisition of Sir Anthony Hopkins for narration. He said.

“I was talking to Craig Mazin, a writer on the show, and I said, ‘I think we need somebody with some heft. Originally my character was narrating the piece and I heard it and I’m so sick of my own voice. It worked narratively but I just felt like we wanted to have somebody that right off the bat could make it feel magical. There’s maybe four people on the planet who have a voice like that and they’re all knighted. So we realized we had to go to the UK to find a knight. Dame Judi Dench was thrown about, and then Craig said, ‘What about Anthony Hopkins?’ and I said, ‘Yes 100 per cent, but we need this recorded tomorrow’, and he said, ‘Oh I know his lawyer’ so we called his lawyer and within 10 minutes I was talking to Anthony Hopkins and he said yes.”

As for other Always Sunny cast members, each of them have been busy filming various projects throughout the show’s hiatus. Glenn Howerton (Sunny’s Dennis Reynolds) has spent his time filming both Seasons 3 and 4 of his Peacock show A.P. Bio. Kaitlin Olson (Dee Reynolds) was filming her Quibi show Flipped with Will Forte. Danny Devito (Frank Reynolds) has been busy providing voicework for projects like the Disney+ film The One and Only Ivan. Charlie Day (Charlie Kelly), however, has kept a relatively light schedule during the Always Sunny break.

It is not currently known when Season 15 will begin to air, but it will probably be a little while. You can watch Always Sunny in Philadelphia Seasons 1-14 on Hulu. This news originated with NME’s Alex Flood.

Topics: Its Always Sunny in Philadelphia 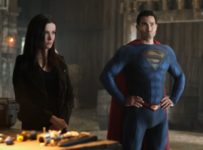 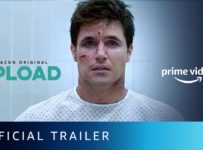 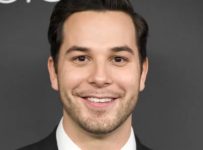 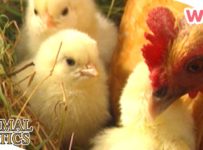 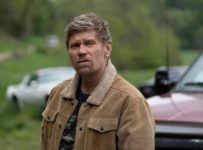 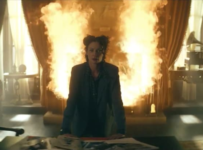