There was a great deal of controversy when MTV announced earlier this year it would be introducing a new iteration of Jersey Shore.


Under the name Jersey Shore 2.0, the series was to replicate the success of the original.


And now, it looks like the project is dead in the water.


TMZ reported earlier this week that despite the cast being assembled, a house being found for their partying ways, pre-production had been scrapped after less than a week.


In a follow-up, the outlet says the house has now been packed up.


Additionally, the house next door that was to be used for production headquarters has similarly been packed up.


The series was to shoot in Atlantic City, and fortunately for long-running fans who are protesting alongside the original cast, it looks like we won’t be seeing the series any time soon.


MTV sources told the outlet that the production has been “paused.”


Now, there could be many reasons why the show has ground to a halt, including something that could signal a return to production down the line.


Still, it’s hard not to think the original cast are cheering about this surprising development.


Snooki, whose partying ways helped put MTV back on the map when the original series launched, voiced her displeasure about the project from the get-go.


“As a cast that took a chance on a network in need, we put our most vulnerable moments on TV for the world to see,” Snooki tweeted after the spinoff was announced.


“We gave our all over the past 13 years, became a family and continue to open our lives for the world,” she added.


“So please understand that we are not in support of a version that will exploit our original show, our hard work and authenticity to gain viewers.


“Don’t forget to tune into an all new season for Jersey Shore Family Vacation,” she concluded, sharing the hashtag “#WeAreJerseyShore.”


The decision to reboot Jersey Shore was probably easy for MTV.


It’s a proven brand and the network’s other Shore offerings such as Floribama Shore and Buckhead Shore haven’t exactly set the ratings on fire.


Floribama Shore was a reliable performer for the network, and given the lack of updates about that show’s future, there’s a good chance it has been put out to pasture to try to usher in a new era of the original series. 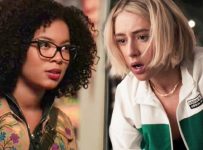 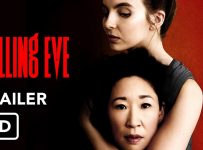 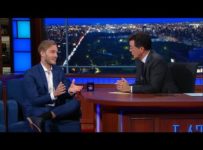 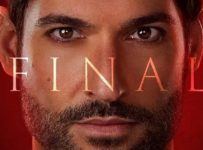