Things are heating up in more ways than one.


We’re at that point where we know who all the players are, and now things get tense as Stabler and the task force try to close in on a wily suspect who doesn’t want to be caught.


And if that wasn’t enough, Law & Order: Organized Crime Season 2 Episode 19 weaved in another chapter of Jet and Malachi’s love story, complete with one of primetime TV’s most passionate kisses.


Jet and Malachi are an unexpectedly hot love story.


Jet may be a rebel and a white-hat hacker, but she has this stoic, almost emotionless persona.


It’s a rare thing for her to let her guard down enough around anybody to show her vulnerable side, and that made her conversation — and kiss — with Malachai twice as exciting.

Bell: Malachi? Malachi do you read me?
Jet: Hey, it’s me. Are you there?
Bell: I told you this was a bad idea.
Malachi: I’m here. 10-4 or whatever.
Jet: Where were you?
Malachi: I was just hurling into a trash can.


Even before the kiss, it was obvious she cared about Malachai. She didn’t show it much, but she was worried when she couldn’t get ahold of him via the radio.


And then the kiss took it to a whole other level. Jet admitted she was still in shock over having to shoot a suspect, totally letting herself be vulnerable with Malachi, and kissed him with all the passion she’s been holding back after he offered to be there for her.


The intimacy between these two decidedly guarded people made that kiss so worth watching. These two are opposite sides of the same coin, and now they finally see that they belong together instead of being at each other’s throats.


Whew! You all are going to have to give me a minute to recover after that one.


The kiss wasn’t the focal point of the hour, of course. It was about 30 seconds of an already tension-filled story.


This story could easily have become frustrating, as it left viewers with more questions than answers. We’re no closer to finding out who stole Webb’s money or what Nova’s brother intends to do with that gun he bought illegally, and we haven’t got any further information about Stabler’s father, either.


The biggest question is whether Webb trusts Stabler or is playing with him. Webb seems like the kind who would hire a man he doesn’t trust one bit in the hopes that he can catch him in the act of betrayal.

Webb: This is the third time I’ve been robbed. I’ve never been this unlucky.
Stabler: How about this? The guys who robbed you rented a van using my credit card number. Now does that sound like something I’d do?
Webb: I don’t know. Maybe that’s what you want me to think. My patience will expire. And when it does, you won’t know about it.


Stabler has to tread carefully here. He and Webb are locked into a deadly cat-and-mouse game now, and it’s not clear who the cat is and who the mouse is.


Plus, someone is setting Stabler up. I wonder if Donnelly had some of the other Brotherhood cause trouble. Donnelly is jealous that Stabler is Webb’s contact now, and I wouldn’t be surprised if he double-crossed Stabler to get rid of him.


If not Donnelly, then who?


Considering the person set Stabler up, it’s likely someone within the Brotherhood. Some of Donnelly’s associates don’t trust Stabler and don’t like that Donnelly made Stabler his number two person.


Of course, this all could be a test. Despite his speech about his patience running thin, Webb could have had the money laundering room cleared out ahead of time so he could test how Stabler and Donnelly responded to the robbery.


If this is the case, it’s hard to tell if Stabler passed or not. He most likely did as he told Webb the truth about the robbery, including that someone was framing him for it. But with someone like Webb, you never know what might happen.


I also want to know what Derek plans to do with that gun.


He told Nova that the guy never sold it to him and that he changed his mind at the last minute. But we know that the gang member he was dealing with didn’t allow Derek to back out of the deal and demanded his money, then gave him a package.


That means that Derek has the gun and is lying about it to Nova.  The only possible reason he would have for doing that is that he plans to use the gun and doesn’t want Nova to know about it.

Nova: Derek, you do not know what you are getting into with this man.
Derek: I don’t care.
Nova: I do. I’ve already lost Dad. I do not want to lose you too. There’s not a day I don’t dream of putting a bullet in his brain too and I’ve had plenty of opportunity. But this is not how I want this to end. So you have got to listen to me. You have got to let me do this my way.


If Derek plans to attack Webb or any other Marcy Killer with that gun, he’d better think twice. That’ll start a gang war, and if he bought that gun from a rival gang, one could happen without him doing anything further!


Nova tried to warn Derek that he was in way over his head, but he told a stupid lie about not having the gun anymore instead of heeding her advice. That does not bode well for the future.


On the relationship front, Bell’s job is beginning to take a toll on Denise.

Bell: I’m sorry I haven’t been here. I said I would be.
Denise: Yeah. You did. I have to go. I’m meeting someone.
Bell: Now? Who?
Denise: My new boss. I’m taking the job. I start on Monday.
Bell: Babe, we talked about this.
Denise: I’ve sacrificed enough for this relationship. You are overreacting.


Bell and Denise have been at odds over the Kilbride job for a while. I wasn’t surprised that Denise dismissed Bell’s concerns about the job.


Denise feels the job will help her get ahead, and she resents Bell telling her what to do. Plus, Bell can’t even keep her promise to be home early so that Denise can look into the job for herself, so why should Denise trust any other promises she makes?


Over to you, Organized Crime fanatics. Is Webb onto Stabler? What is Derek doing with that gun? And how hot was Malachi and Jet’s relationship by the time they kissed?


Hit the big, blue SHOW COMMENTS button to let us know your thoughts.


You can watch Law & Order: Organized Crime online right here on TV Fanatic if you missed the episode. 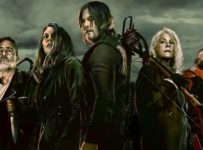 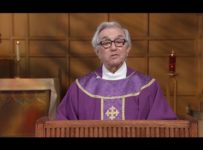 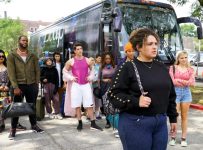 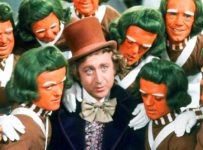 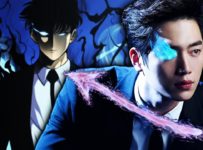 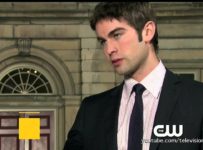