We’ve had many different monsters throughout Legacies, and we’re about to get a Banshee!


Legacies Season 3 Episode 10 will bring a Banshee to Mystic Falls, and naturally, death is not far behind.


The CW has released an official trailer for “All’s Well That Ends Well,” airing on April 15.


The clip shows the students stumbling upon the monster, leading to Alaric saying the following:


“The Banshee is a Harbinger. Whenever they appear, death is not far behind.”


It’s certainly a big development, but when you consider that death is a term used very loosely on Legacies, will there be actual consequences?


We also get to see a possessed Jed refer to Hope as a “little girl,” telling her to ask the monster “what you wish to know.”


“Who’s gonna die,” asks the youngest Mikaelson, but the clip comes to a close before we get any solid answers.


They are only there to tease us, you know!


“After capturing a new monster at the school, Hope (Danielle Rose Russell) and the Super Squad learn some terrifying news about one of their own,” reads the official logline.


With an expansive case like Legacies, it’s hard not to ponder who could die. The clip does show Cleo in trouble with the Banshee, but it’s hard to imagine her being killed off so soon.


She’s emerged as a fan-favorite character, even if she does seem to be holding on to some secrets about the past.


There’s also the possibility that Alaric could be the one to die, assuming someone does die. As I said, death is used loosely on this show.


Alaric’s death would probably have the biggest impact on the characters right now. He’s the glue that holds the school together, but it could put the writers in a difficult corner because it doesn’t seem like Candice King wants to return.


They couldn’t get rid of Alaric without bringing Caroline back. Then again, the show could do a time-jump scenario.


Have a look at the clip below and hit the comments with your thoughts.


Do you think someone will die?


If so, who do you think will be killed off? 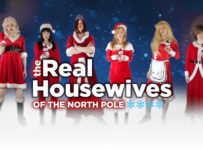 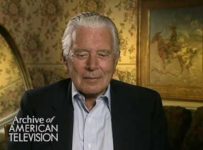 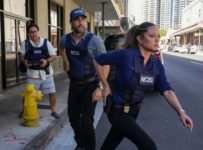 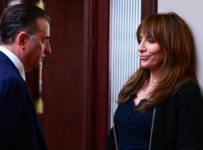