Not that Elizabeth Olsen isn’t getting enough attention for her work as part of the MCU’s Wanda Maximoff, the actress is also taking on the role of Candy Montgomery in the highly anticipated HBO Max series Love & Death, the story of the Texan housewife who murdered her friend with an ax in 1980. The series is set to arrive in 2022 and the first images have been released, showing Olsen’s character singing in a church choir and enjoying a meal at an outdoor restaurant, which is all a long way from the violence that comes later.

The series is written by Big Little Liars and The Undoing screenwriter David E. Kelley, who also executively produces the series which is inspired by the book Evidence of Love: A True Story of Passion and Death in the Suburbs by Jim Atkinson and John Bloom and a series of articles that were originally published in Texas Monthly. Teaming up with Kelley again is Nicole Kidman, who will be producing, and Lionsgate Television. Alongside Elizabeth Olsen, others starring in the limited series are Lily Rabe as Montgomery’s victim Betty Gore and Jesse Plemons as Gore’s husband Allan, who starts an affair with Montgomery which ultimately leads to the resulting murder. Others appearing in the series are Patrick Fugit, Krysten Ritter, Kier Gilchrist, Elizabeth Marvel and Tom Pelphrey.

This is one of two projects currently in the works based on the infamous murder, with a second limited series also being produced by Hulu called Candy, which will see Jessica Biel and Melanie Lynskey take on the respective roles of Candy and Betty; Elisabeth Moss was previously attached to star. It does seem a little strange to have two identical series on the go at the same time based on the same event, but with no air date for Candy currently set it looks like we are likely to get to see Olsen’s version of the killer on screen first.

Love & Death is just one of the projects Elizabeth Olsen is currently working on, having recently completed her filming for the upcoming Doctor Strange in the Multiverse of Madness, in which she will reprise her role as Wanda Maximoff/Scarlet Witch. The character of Wanda has gone through many changes since she was introduced to the MCU way back in a post-credit scene of Captain America: The Winter Soldier and subsequently appeared in Avengers: Age of Ultron, Captain America: Civil War, Avengers: Infinity War and Avengers: Endgame, before going through a character overhaul in WandaVision.

Olsen talked about the difference in her latest role as the character compared to her MCU movie appearances in an interview with Variety. “You just trust the writing. This character – her core, central life is the life experience we’ve watched her have through the films. It’s a lot of trauma, processing and resenting of her own abilities and her powers. We’re just putting a shade or cloth over that. [WandaVision] is her trying to not be found out in the suburbs, but she’s also in a sitcom. So she’s playing the part as best she can, as well. It’s not the exact, same thread from Ultron. This woman is doing the best she can in this sitcom. The thing that was fun for me as an actor in the show was when the sitcom and what we know of the MCU [came together] – the tension that’s pulled between the two of them. You’re just kind of peeling away and revealing bits, but you’re not revealing everything. Living in that tension throughout this whole series was my playground.”

Elizabeth Olsen will next be seen as Wanda in Doctor Strange in the Multiverse of Madness, which is slated for release in March of next year. Love & Death is expected to arrive on HBO Max sometime in the first part of 2022. 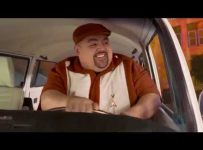 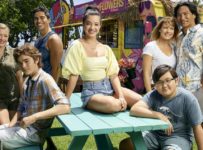 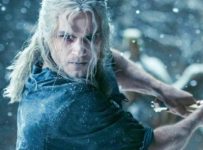 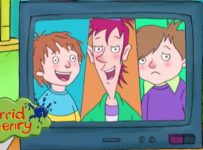 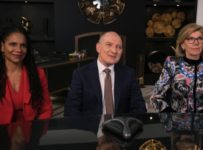 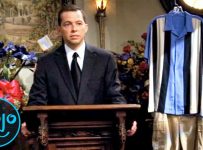