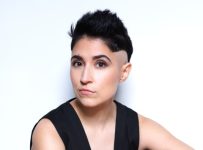 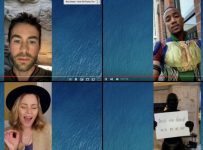 
A man of science and a supernatural expert came together to solve a case — what could possibly go wrong?


Tom Swift, a character from a set of books that share a universe with the Nancy Drew novels, needed Nancy’s help on Nancy Drew Season 2 Episode 15. And the result was two clashing personalities that shared undeniable chemistry.


Tom is potentially getting his own spin-off series, and this was his first introduction to this world. We will definitely be tuning in when his show premieres.


If any CW series is worthy of a spin-off, it’s Nancy Drew. And “The Celestial Visitor” proved that.


Tom Swift not only brings something entirely new to this world, but he’s also massively interesting just on his own.

Nancy: And you are?
Tom: Tom Swift. I was about to say I need your help, but looks like you may need mine.


Right off the bat, we know a few things about Tom — he’s a billionaire, a genius, and has daddy issues. If that doesn’t set up a world of stories for his character, we do not know what does.


Plus, it doesn’t hurt that he’s charming as all get out and can invent super cool gadgets in the blink of an eye.


This episode gave us a tease of all the complex layers that make up Tom’s character, and we hope to see more uncovered about him if The CW decides to pick up his series. It would be amazing to finally see a Black, gay man lead a network show.


Tom is pretty much the polar opposite of Nancy, the most obvious difference being their belief in the supernatural. Nancy knows firsthand what the spirit world is capable of, while Tom has always relied on science to solve problems.


This caused a bit of tension between the two of them, but it also made for a couple of funny scenes where Tom made digging comments directed towards Nancy and her beloved beanie.


Their styles of approaching problems are wildly different, and that’s why it was so fun to watch them work together even as they struggled.


But while Tom and Nancy’s differing personalities caused a bit of a mismatch at first when it came to finding the meteorite rock, they came together in the end to solve the case.


Their chemistry as a mystery-solving duo was off the charts, but both Nancy and Tom also learned something from the other person.


Tom needed to shed a bit of his armor, while Nancy needed to build more for herself. It’s just another way in which they are different but complement one another so nicely.

Nancy, I appreciate you, but I went to MIT and you went to a thrift store to buy that hat, okay?


Tom’s father’s opinion means the world to him since everyone is constantly comparing the two of them. Tom wants his father’s approval more than anything.


However, Tom told Nancy that his father ignores the fact that he is gay. By the end of the hour, though, Nancy convinced him to live his truth and show that side of himself to his father.


In return for Nancy’s help, Tom gave her a new dress that symbolizes the armor she will put on while taking on the role of Nancy Hudson. All in all, they formed a strong friendship that we hope to see again on our screens very soon.


Nancy has finally accepted the role she will have to play to bring Everett Hudson to justice.


But at what point does Nancy Drew end and Nancy Hudson begin? Will she get caught up in this new life she’s taking on?


Nancy’s inner conflict regarding her true identity has been a season-long struggle. She truly does not know who she is anymore, so that’s why her decision to infiltrate the Hudsons is so concerning.


No one is more worried about Nancy’s future undercover work than Ace. He believes that once she crosses that line into the Hudson world, that’s the end of the Nancy Drew we all know and love.


We just hope that Ace’s prediction doesn’t come to fruition.


Nancy’s mission to take Everett down once and for all isn’t the only concern the Drew Crew has. The Road Back has popped up during one of their episodic mysteries once again.


First mentioned by name on Nancy Drew Season 2 Episode 12, The Road Back is a powerful organization that sounds like it has more influence than Everett Hudson himself.

Ace: It’s not a supernatural issue after all. That’s…different.
Tom: Are you all broomstick people?


The show sets up this criminal enterprise to be a major adversary to its main characters sometime in the future. They are planting little easter eggs here and there to warn us of the danger they pose.


It’s unlikely that we will see or hear much more about The Road Back until Nancy Drew Season 3, or, at the very least, Nancy Drew Season 2‘s finale. But if our predictions are true, next season’s story will center around them.


For now, all we have are our theories and speculations.


The other story of the hour was an important one involving George and Nick.


While they are both persons of color, their upbringings and personal experiences regarding racial issues couldn’t be more different.

George: Why do you think I’m so prickly sometimes? Because the world expects me to be polite, super high-achieving, and awesome at math.
Nick: Sounds frustrating.
George: Maybe not as frustrating as having white guys argue with you about why they can use racial slurs.


When George saw the way Nick acted with Tom, it was clear to her that Nick wasn’t sharing his whole self with her. But she also wasn’t sharing her relationship with Nick with the world.


It’s a topic that the writers of Nancy Drew could have easily glazed over, but they made it a priority for the couple to talk about these difficult issues. It never felt forced, and it made us love Nick and George as a couple even more.


Their relationship is stronger than ever, and their development doesn’t seem to be slowing down anytime soon.


What did you think, Nancy Drew Fanatics?


Will you be watching Tom Swift’s show if The CW picks it up? Is it a good idea for Nancy to put on her armor and step into the role of being a Hudson? Do you think Val is being truthful with Ryan?


And how hilarious was the scene where George messed up the ritual?


Let me know in the comments, and do not forget that you can watch Nancy Drew online right here via TV Fanatic!


Nancy Drew airs Wednesdays at 9/8c on The CW. 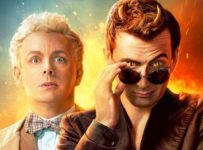 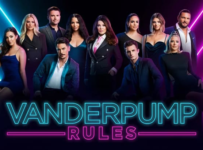 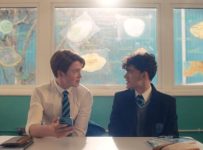 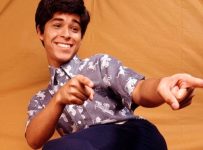 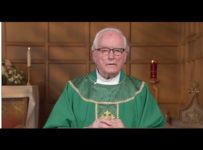 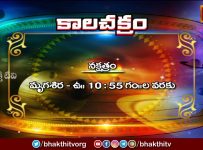