Fans of NCIS are still shocked after the news that Emily Wickersham has exited the CBS procedural as Ellie Bishop.


Now, the star’s co-star’s are speaking out following the big farewell that aired on NCIS Season 18 Episode 16.


Brian Dietzen, Katrina Law, Diona Reasonover, Maria Bello, and Duane Henry responded in the comments section of Wickersham’s post in which she confirmed her exit.


Dietzen, who plays Jimmy Palmer, wrote, “So damn proud of you my friend. Also, I’m gonna miss the hell outta you on set. I can’t wait to see what you do next. Whatever it is, I’ll be there in the front row. Thank you.”


Law, who plays Jessica Knight, shared some heart emojis in the comments, while Reasonover, who stars as Kasie Hines, wrote, “Thank you for everything, friend.”


Bello, who exited the series earlier this season, shared some emojis, along with the following: “Love You Em!”


Henry wrote “Well Done [Emily Wickersham],” alongside a photo of them both on the set.


“Hangin this hat and jacket up. What a great ride it’s been, [sic]” Wickersham wrote in the aforementioned Instagram post.


“This cast, this crew, are top notch. I can’t say enough kind words about this group that I’ve had the pleasure of working with for close to eight years now and 172 episodes later.”


“This business is finicky and weird and consistency is a rarity. I’ve been lucky enough to be a part of a show where I got to show up and act and laugh and learn with wonderful people,” the actress added.


“A moment in time I surely won’t forget. Thank you CBS and NCIS for including me in a part of television history. Time goes fast. Eat it up but chew slowly.”


It’s unclear at this stage whether it was a creative decision or if Wickersham opted to exit the series of her own accord.


What we do know is that it will be difficult to replace such a beloved character.


NCIS Season 19 is set to debut in the fall, but it will be leaving Tuesdays behind. The series is headed to Mondays at 9/8c, where it will lead into new spinoff, NCIS Hawai’i.


What are your thoughts on the goodbyes?


Will you miss the character? 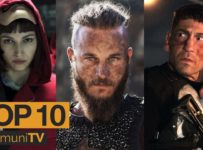 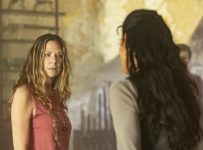 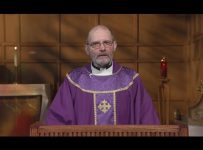 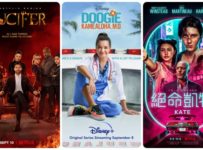