My heart is still racing after Queen of the South Season 5 Episode 7!


That was a particularly high intensity episode that had me rooting for some characters, berating others, and praying no more of my favorites end up dead before the series is over.


But Teresa needs to get her head in the game and take out Boaz for good.


Turning Marcel over to the police instead of Boaz was a mistake.


Yes, Boaz’s knowledge of the inner workings of her business made him both a valuable ally and a terrible risk. There likely would have been hiccups in the operation if Boaz was yanked out of it with no notice, and he could have easily cut a deal with the Feds to save himself.


But hiccups can be overcome, and Teresa could have had Boaz killed in prison and ended his liability.


Unfortunately, Boaz is still bitter about Javier and angered that Teresa sent George to spy on him. And he likely views her as weak for letting him live.


Now that Teresa knows Boaz killed George, it’s an all-out war and only one of them can live.

Teresa: Where is he?
Boaz: George? Your gringo spy? He’s with your godson, little Tony. But don’t worry, Jefa. Your whole family will be together again soon. Even Pote and his baby mama.
Teresa: I’m going to fucking kill you.
Boaz: Not if I get you first.


I hated that Teresa started using her own cocaine. I know she was hurting over George’s death and may have been hoping it would bring her clarity, but she needs to be clear-headed if she’s going to beat Boaz.


The scenes that had my pulse pounding came straight on the heels of the tender moments between Pote and Kelly Anne.

Isn’t it bad luck to see him before he’s finished baking?


Pote is so worried about his and Kelly Anne’s unborn child and it’s adorable. He wants everything to be perfect for them. Most of all he wants them to be safe.


And Teresa growing her business was supposed to help make that happen.


Did Teresa miscalculate? In growing her drug cartel into a multi-national operation and trying to run a legitimate business for cover, has she made herself even more of a target?


Castel sent an underling to communicate with Teresa. Does that feel odd to anyone else? Castel doesn’t seem like the type of woman to hide in the background when decisions are made.


When Castel wouldn’t meet or get on the phone with Teresa, I began to wonder if she was still in control. Could someone else be pulling the strings? I keep wondering if Camila or Isabel Vargas will pop up when we least expect it.


But Castel wasn’t the only one turning her back on Teresa.

Cedric: She flexin’. It’d be smart to stay on her good side.
Marcel: She has no good side.
Cedric: Come on, man. You know that ain’t true. We sitting on a much bigger pile of money since she rolled into town, man.
Marcel: At what cost?
Cedric: Nothing’s clean in our way of life. Ain’t you know that?
Marcel: You don’t turn on your own, Cedric. We’re through with Teresa Mendoza.


As much as I understand Marcel’s fury, his actions were short-sighted. Teresa may have been the reason he went to jail, but she could have left him to rot in there, and she didn’t. She did everything in her power to help him regain his freedom.


Unfortunately, he didn’t see it that way.

I go to jail and you’re prancing around my city like you’re the god-damned queen of the south.


Killing Reggie wasn’t a surprise. The fool mistook Marcel choosing not to kill him for a lack of ability to do so. As soon as the words fell out of Reggie’s mouth I knew he was a dead man.


What was a shock was Marcel telling Cedric he was walking away from the business and he could take over.  Is he really just walking away, and if so, what does he do next? And will Cedric try to get back in Teresa’s good graces if he does take over?


Of course, Teresa still has to have a business for Cedric to go back to.


I didn’t blame James for getting the plane ready for a quick getaway but I was relieved that Teresa didn’t run. I didn’t think she would.


There was that look between James and Teresa at the party where it was clear there are still feelings between them. If anything good comes from all of this, and I doubt that will happen, I hope it’s that James stops doubting Teresa’s decisions.


When you’re the boss, everything you do is scrutinized. Teresa lives with the responsibility and the consequences for every decision, success, and mistake. Everyone thinks they can do better, but I expect James to stand by her. If he can’t he should walk away when things settle down.  If they settle down.


Teresa needs to take this fight to Boaz, and when she finds him, there will be no room for mercy.


As terrified as I am for Kelly Anne being taken hostage by Boaz, I’m just grateful Pote didn’t find her shot to death on the doctor’s office floor.


That would have destroyed Pote, and I’m not sure I would have reacted well either!


Two seasons ago, I would have questioned a romance between Pote and Kelly Anne, but they’ve turned out to be so perfect together that I find myself hoping they get some sort of happy ending more than any other character on the show.

Pote: But I’m not putting away my guns.
Kelly Anne: I wouldn’t ask you to, Love Bug, just make sure they’re hidden.


But the blood on that ultrasound picture doesn’t bode well for their future.


With only three installments left in the series, what do you think, TV Fanatics?


Will Pote be able to rescue Kelly Anne? Will their baby survive?


Is Marcel really out of the game, and will Cedric become an ally for Teresa in New Orleans?


Is something more sinister going on with Castel?


And how would you like to see Boaz die? Since he killed George, turned on Teresa, and abducted Kelly Anne, I think shooting is too good for him.


It may be time for Teresa to get some blood on that white suit, and it better be Boaz’s and not her own.


Hit that big, blue, SHOW COMMENTS button down below and tell us what you think. Then check back in for our next Queen of the South review.


And don’t forget, until then you can watch Queen of the South online here at TV Fanatic. 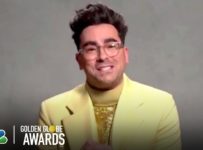 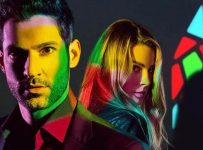 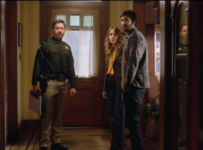 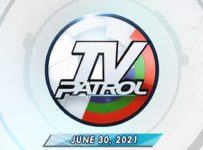 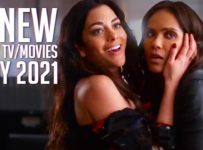 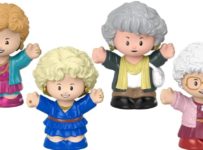