Buckle up because it’s going to be a wild summer.


Things may have gotten off to a slow start, but by the final minutes of Stargirl Season 2 Episode 1, you knew this wasn’t going to be the sleepy summer Pat had envisioned — though we never actually thought it would be.


The introduction of Green Lantern’s daughter and Cindy’s presumed plan to create a new ISA with the help of Eclipso opens up so many possibilities, and I, for one, can’t wait to see what the season has in store.


First up, though, is our No. 1, the one and only Stargirl, also known as Courtney Whitmore, when she’s not patrolling the streets and protecting Blue Valley from raccoons.


Yes, Courtney has had a hard time letting Stargirl go and getting back to being a semi-normal teenager. Sure, it’s hard to go back to normal after kicking ass and saving the world, but it’s more than that for Courtney.

Pat: Courtney, what are you doing getting into fights with Artemis Crock?
Courtney: It was an honest mistake.
Pat: You could have gotten expelled. And now you get to go to summer school, and vacation that your mother was so excited about that’s now been canceled. The JSA is the only team that you’re a part of. Our family’s a team, OK?
Courtney: I know, but the staff is still lighting up.
Pat: Yeah, it still lights up, but that doesn’t mean that there’s a bad guy around every corner. Courtney: Yeah, but there’s somewhere.
Pat: And why are you so convinced that it’s up to you just stop them?
Courtney: Because like the staff, I will never quit, not like you did.


Stargirl has become such a massive part of her identity that she no longer knows how to separate the two, and Courtney believes if she’s not Stargirl, she has no idea who she is anymore.


Courtney believes everything good things in her life — her family, her friends, her ability to protect those around her — is because the Cosmic Staff chose her to be Stargirl.


And if she puts away the costume and the staff, even for a few days or weeks, she’s afraid she’ll lose all of that, which is why she’s holding on to Stargirl for dear life, constantly patrolling and digging through old files.


She will do whatever it takes to keep being Stargirl, even if other areas of her life start to suffer, like her schoolwork, but to her, it’s not even a question of what takes preference.


Pat and Barbara probably hoped summer school would be the thing to get Courtney to re-examine her priorities and realize being Stargirl isn’t the be-all and end-all.


It’s a noble effort that stood little chance of happening, made even less plausible by the arrival of Green Lantern’s daughter Jade, also known as Jennifer-Lynn Hayden. (As an FYI, the character in the series goes by Jennie, so that’s how I’ll be referring to her.)


For a character we barely even met, that was quite an entrance. When the series moved to The CW, there was a fear the special effects would suffer from a lower production budget, but the fight scene between Courtney and Jennie could rival any scene from the first season.


What Jennie’s after besides Green Lantern’s lantern remains to be seen. We know virtually nothing about her other than her parentage, though fans of the DC comics probably have a good idea about her upbringing, her superpowers, and her character’s arc.

Courtney: Who are you?
Jennie: I’m Green Lantern’s daughter.


The series has followed the source material a fair amount, so it’s not too much of a leap to rely on the comics as a guide about Jennie, though it’s always more fun when the series adds in its own twists and turns.


But, if we’re going into this completely blind, there’s not much we can go on. Her first appearance on screen doesn’t paint Jennie in the best light, but as a legacy, we should at least give her the benefit of the doubt that she’s not a secret evil spy.


Yes, lineage isn’t always a sure sign about someone’s loyalties — RIP Henry — but right now, it’s the only thing to go off on.


Whichever way the wind blows, it should be fun having Jennie on the show. Her appearance expands the Stargirl universe, which I know is part of the larger Arrowverse, so with her presence and Thunderbolt coming into play at some point, we’ve hit the mythos jackpot.


As great as it was, Jennie’s appearance pales compared to the devilishly epic return of Cindy Burman.


Yes, we only got a few minutes to spend with the former HBIC of Blue Valley High School, but those moments were glorious.


First off, it looks like Cindy is planning on assembling a new version of the ISA with the original members’ children and, of all people, Mike, which is beyond crazy.


Mike and Pat may find themselves at odds at times this season, as Trae Romano teased, but there’s no way he’d align with the villains, at least not willingly, which is where Eclipso comes in.

Eclipso: I am ready to serve you.
Cindy: Yes, let’s go do some recruiting.


As a quick reminder, Eclipso is a demonic spirit capable of possession under certain circumstances. Right now, Eclipso is trapped in the gem Cindy found on Stargirl Season 1 Episode 13, which in the comics is referred to as the “Heart of Darkness.”


We also got a quick glimpse of Eclipso’s power for ourselves at the top of the hour, when Bruce, a little boy in possession of the Heart of Darkness, convinced a little girl named Rebecca to disobey her mother and steal a birthday gift from a neighbor.


It’s somewhat unclear what happened to Rebecca after Bruce showed her the gem, but it was nothing good based on her mother’s screams.


The point of this quick play-by-play is to dig deeper into Rebecca’s actions. Bruce convinced her to break the rules, but he didn’t force her into doing anything she wasn’t already thinking about.


This suggests Eclipso’s possession has limitations, as the demonic spirit can only force you to act on your desires and not just do its bidding if that’s not what you want.


If this is confusing, I’m still a little hazy on the scope of Eclipso’s reach, but something tells me the demonic spirit will be the thing that forces Mike and maybe even the others to join forces with Cindy.


Because even if the ISA legacies would, Mike would have to be mind-controlled or something similar to turn against his family.


Lastly, Starman made a brief appearance, and he reached out to Pat’s ex-wife Maggie to find out where his former sidekick is these days.


It was a short scene, and it did little to answer any of our questions: How is Starman alive? Where has he been for the last decade? Why is he seeking out Pat now? What’s changed?

Maggie: What can I get you, hone? Earl makes a country-fried steak that you will be telling your grandkids about. I have it four or five times a week myself.
Starman: Well, who could say no to that?
Maggie: Need anything else, handsome?
Starman: Yeah, I’m looking for your ex-husband.
Maggie: Which one?
Starman: The one that likes stripes.


There are so many questions, and we need answers ASAP, but knowing television, the writers will probably drag this out, meaning we’ll have to tune in to find out more, which I get.


I don’t get why Starman’s tracking down Pat’s ex-wife to find out his location. Starman may be off the grid, but Pat’s not. Has Starman never heard of Facebook or light internet stalking? Surely, it’s not that hard to find the whereabouts of someone named Pat Dugan in this day and age, right?


So what did you think, Stargirl Fanatics?


Why can’t Courtney give up being Stargirl?


What does Jennie’s introduction mean?


What is Cindy up to?


Don’t forget to hit the comments below to let me know your thoughts. If you missed the season premiere, remember you can watch Stargirl online at TV Fanatic. 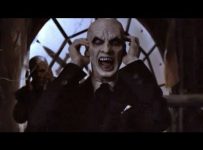 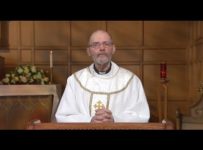 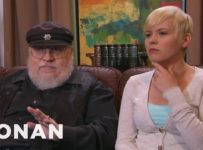 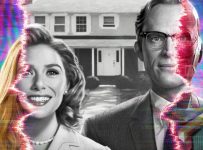 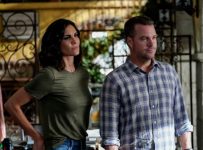 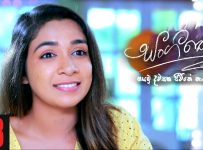