For a season finale, I expected much more.


The good guys got a much-needed win on Superman & Lois Season 1 Episode 15, but everything seemed too good to be true.


Early into the episode, I concluded John Henry Irons would sacrifice himself in the name of saving a man with the likeness of a man who killed his wife.


John being the crucial component of saving the day solidifies the fact that he should stick around. His work with Superman was the only way to truly save the town.


Ever since Nat was introduced as John’s daughter from another world, it was inevitable the storyline would be revisited. The big surprise is that it happened so soon, and I am so here for all of the unrest on the back of her arrival.


Nat was understandably confused that someone resembling her mother was alive, paving the way for a lot of conflict on Superman & Lois Season 2.


Lois was clearly as shocked as John and Nat, but how is she supposed to react in this scenario? Will she find a way to open her life up to this young woman?


If you watch Superman & Lois online, you know Lois is one of the friendliest people, but this will not be an easy adjustment for anyone.


What will also pose some problems is that Clark was the person in Nat’s world who brought about the end. It was handled in a soapy manner, so let’s hope the show manages to tell the tale in a much more exciting way.


I can’t be the only one who thought Superman & Lois faltered in the back half of the season. The series plays with a lot of exciting concepts, but everything in the second half felt very drawn out.


The balance was not there on the finale, which felt like the characters were burning through storylines to get to the episode-ending reveal.


Lois stepping into Jordan’s subconscious to save him was a nice way to show that saving the family was a team effort, but it didn’t feel like there were truly any stakes.


The worst thing that was going to happen was Jonathan finding some powers of his own. The chances of Lois or the boys being harmed were slim. It’s far too early in the show’s run for us to get to the nitty gritty.


Jonathan’s protection of his mother and brother was highly enjoyable. Even if this kid doesn’t get powers, he’s slowly understanding how to protect those around him, and I wouldn’t be surprised if he winds up working at the DOD in some capacity.


Jonathan felt inadequate early into Superman & Lois Season 1 because all of the attention was on his brother’s powers, but now, Jonathan is finding a way to adapt to life.


The memorial for Jor-El came out of nowhere, but at least it allowed Clark to grieve his father.


Did anyone else laugh when Tal-Rho said that all he ever wanted was a family? That in itself is quite the sentiment, but Tal-Rho opted to play god with many lives, and his actions could have brought the world to its knees.


I’m usually not a fan when villains are brought back for future seasons, but it seems like Tal-Rho will be taking a tamer approach to things, and there may be a future for the brothers yet.


Leslie Larr’s future is also very much up in the air. She should have had a much bigger presence in these final two episodes to drive home the fact that she is also powerful.


The powers on this show are pretty inconsistent, and it’s starting to show more often than not.


The CGI-heavy action scenes were fun and gave the vibe that this was a season finale, but it would have been much better had the stakes been higher.


It was obvious the Cushing family would remain in Smallville. These final episodes sure put them through it, but it seemed there would be more drama for them before they got to the happiness.


Kyle is slowly developing into a decent character, but it’s hard to care for him after his actions earlier in the freshman run.


Lana is not going to be happy about almost being run out of town and the dirty look she gave the Mayor certainly suggests that she’s going to be out for revenge when the series returns.


Either that or she will run for office and get some power to help people in town in ways she never could before.


Samuel leaving the DOD behind to focus on being a grandfather and a father was a real shocker. That man is married to his job and I can only imagine how far he will go to still be in the loop about what’s going on.


“Last Sons of Krypton” felt more like setup for the second season than closure for the first.


What did you think of the action?


Are you surprised Lois is buying half of the Gazette?


Did you expect the stakes to be higher? 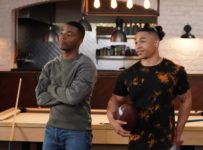 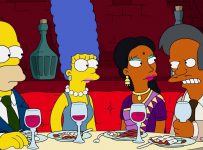 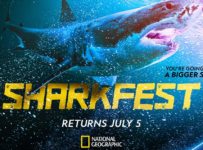 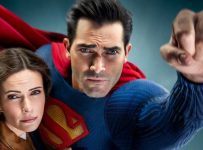 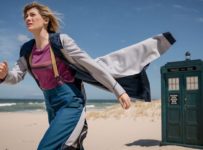 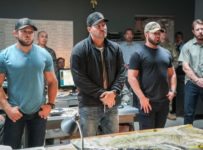