The Challenge: All Stars is shaping up to be the best season in years.


Then again, not everyone appears to be in this for the money. Some of them are all about rebuilding connections, while others are more about trying to right the wrongs of the past.


Trishelle’s apology for her actions towards Aneesa was long overdue, and the ball was in Aneesa’s court whether to accept it.


So long had passed, but it didn’t excuse those actions. The flashbacks alone showed how the racially insensitive comments affected Aneesa.


The apology certainly seemed genuine, and it’s nice they were able to squash their beef. If there’s one thing I’ve learned from Aneesa throughout her years on the series, she’s one of the best listeners.


The producers could have built up a feud to keep viewers invested, but it was nice they managed to air out their thoughts in an adult matter.


It’s just a shame that Trishelle turned on Katie so quickly. Trishelle made her bed when she landed herself in the elimination. That was nobody’s fault but her own.


Should Katie have returned after the nominations ceremony to tell her supposed BFF what went down? Probably, but these people have a lot more on their minds than they did back in the day.


Trishelle seemed to be misdirecting her anger at going into elimination, and taking it out on Katie was simply unfair. You don’t throw away a 20-year friendship over something so silly.


Katie has changed drastically since her earlier days on the series, but I appreciated that she didn’t back down when Trishelle was on her back about not talking to her following the nomination.


People grow apart in life. It’s not uncommon, and while it sucks that this friendship has imploded, it’s nice that The Challenge: All Stars is highlighting something like that.


Kendall’s performance during the daily was undoubtedly concerning, but her demeanor completely changed when she was hurled into the elimination against Trishelle.


There was a part of me that thought Kendall would self-evict because she didn’t seem as into the process as some of the others.


We need to remember that these people have built families in the years they’ve been off the screen, so it’s not as easy to turn all of the feelings for your responsibilities off.


That being said, Kendall performed very well in the elimination. Trishelle seemed to be harboring a lot of anger due to the events leading up to the big finish, and I wrongfully counted Kendall out to win the competition.


The crafty editing also threw me. I kept expecting Trishelle to emerge with the win, but it was satisfying to watch her flame out so quickly due to her actions earlier in the episode.


That’s not to say I don’t want her back in future seasons of this spinoff. Trishelle makes good TV, and her phone will probably be ringing off the hook should a second season get a formal order.


During a recent trailer, there was a pivotal scene that showed what looked to be multiple contestants quitting the competition, leading me to think that Trishelle could be on her way back.


The series loves to bring people back, and if people quit, it makes it so much easier. Trishelle strikes me as the Ashley of All Stars. Everyone will want to get her out, but she’ll keep coming back stronger than ever.


A trivia competition this early into the season took me by surprise, but it was the perfect way to continue throwing the nostalgia at viewers.


These little throwbacks are perfect for the older fans, but they also fill in the blanks for the people who only caught the show in recent years.


If the series can continue with this quality level, then there’s a good chance it will be one of my favorite seasons, but I hope future episodes give some of the other returning stars some screentime.


Aneesa being a co-winner during the daily was hardly surprising. She’s been killing it on the regular series in recent seasons, even if nobody wants to run a final with her.


This season really could be Aneesa’s to win, and it’s all thanks to her continuing on the main series. The training never really stopped for her, while some of the returning players quickly realized they’re out of their element.


“All That You Can’t Leave Behind” was a solid follow-up to the series premiere. The music is another strong point in this series. The soundtrack is filled with bangers that throw you back.


What did you think of Trishelle’s elimination? Do you think she’ll return?


Do you think her argument with Katie was a tactic to get Katie thrown in against her?


Hit the comments below, The Challenge Fans!


New episodes of The Challenge: All Stars stream exclusively on Paramount+ every Thursday. 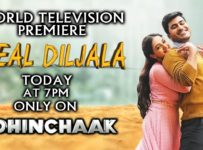 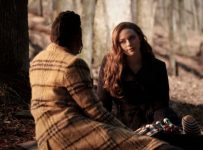 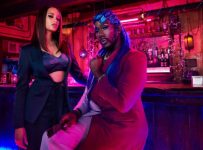 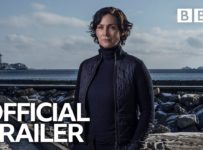 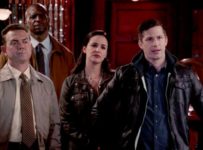