Important lost moments are revealed, as The Walking Dead shows us Daryl’s (Norman Reedus) life in the woods after Rick vanished. “Find Me” starts in the present with Carol (Melissa McBride) joining Daryl and Dog on a hunt. They search the river and find an abandoned cabin. The episode flashes back to five years earlier. We learn how Daryl found Dog, and then about a mysterious woman who changed his life.

“Find Me” begins with Dog running towards Daryl’s bike. He’s getting ready to go on a hunt when Carol walks up. She finds a tattered map that Daryl had dropped. He’s having a hard time with the kickstart pedal. “Did I ever tell you about the pedal sewing machine my grandmother had?” says Carol. Daryl’s not happy she followed him, but Carol hops on the back. She puts the map in his backpack as the bike finally starts. They take off with Dog running ahead. Daryl begs her, “Do me a favor and don’t talk the whole time we’re out here.”

In the woods, Daryl hides his bike and covers it with leaves. He yells at Carol for giving Dog too much food. They find a deer that’s been eviscerated by walkers. Carol wants to check up the river, but asks Daryl “if he’s good with that.” After a long hike, they decide to try their luck fishing. Carol takes Daryl’s spear and catches one on her first try. “That’s beginner’s luck,” comments Daryl. As they gut the fish, Carol wonders, “Has our luck run out?” They lost the Hilltop. Daryl refuses to lose Alexandria. But Carol’s not sure they won’t, “We had a good run…the dead…it’s going to catch up to us eventually.”

Dog takes off running into the woods. He leads them to a broken down, abandoned cabin. Daryl looks stunned to see it. He flashes back to a memory of a woman, sitting on its steps, petting Dog. In the present, he looks at its broken down door. Carol goes inside and starts to explore. She wants to spend the night. Daryl walks around in a haze. He stares outside at a cross in the backyard.

A caption reads “Five Years Ago”. Daryl, in his trademark leather jacket, sits by the foggy river. He sees a puppy by his makeshift shelter, “Where’d you come from?” He takes out a hand drawn map of the river and its tributaries. He circles the current spot. Daryl gets a visit from Carol, who has much shorter hair. She comments that things are harder now. That Maggie took Hershel and left with Georgie. “You know I gotta do this, right?” says Daryl. Carol replies, “It’s been two years. How long do you plan to stay out here?” Daryl’s response, “As long it takes.” Carol has been busy at the Kingdom with Ezekiel and Henry. She tosses Daryl a bag of supplies across the river.

Some time later, Daryl sees an overturned boat on a dead body. He flips it over, but it’s not Rick. He steps on the walker’s head. That night, he sits through a torrential storm in the shelter. The water tears his map in half. He screams in rage and frustration.

A caption reads “One Year Later”. Daryl seesDog again on the trail. He follows Dog back to the cabin. He goes inside, but is surprised by a woman holding a gun. “Who the hell are you!” she asks. In the present, Dog sniffs and scratches at a spot in the bedroom floor. Carol pulls up the floor boards to reveal a letter. She reads it and turns to Daryl, “She lived here?” He nods sadly, “A long time ago.” Carol follows Daryl to the porch. She wants to know whatever Daryl wants to tell her.

In the past, the woman has Daryl tied up by a fire. He sees a picture of her and a small boy. He tries to loosen the rope, but she puts the gun back on him, “Let me ask you again. Who the hell are you? And what are you doing out here on my land?” He tells her his name and that the “Dog found him.” She puts the gun down and cuts him loose. Daryl is stunned. “Get out! Before I change my mind,” she says. The woman doesn’t tell him her name.

A caption reads “Six Months Later”. Daryl is by his river shelter. He has a wound on his cheek. Dog comes running up. He takes Dog back to the cabin. The woman thanks Daryl for bringing him back, “He likes you.” She still hasn’t told Daryl her name, but calls the canine “Dog”. She notices his wound. Daryl leaves.

A caption reads “Eight Months Later”. Daryl is still searching the river. He’s collecting wood when he’s surrounded by walkers. The woman appears and shoots one. They hide together in a hollow tree as the walkers pass by. They are uncomfortable so close together. Daryl warns her “to stay away from my camp.” She leaves in a huff, then turns around briefly, “My name is Leah.”

A caption reads “Three Months Later”. Daryl throws a fish on Leah’s (Lynn Collins) porch. He’s back in his shelter when she walks up and tosses back the fish, “I can catch my own fish.” “Why you always throwing stuff at me? I was trying to be nice,” retorts Daryl. Leah just wants “to be left the hell alone.” Daryl promises “to not come around again.” She walks away, but looks back. “I get it, being out here by yourself. I lost track a long time ago,” Daryl says as he warms his fingers by the fire. Leah notices he has frostbite, “Come on.”

That night in her cabin, Daryl wakes up to see Leah picking up the shattered picture. “It’s his birthday today,” cries Leah. She tells Daryl that she didn’t have a family, but found “a squad.” They lived together for years. “Matthew was my son. I didn’t give birth to him, but he was mine,” she weeps. She lost his mother when he was born. She covers up the secret hiding place under the floor, then looks outside at the cross. They escaped the dead, but “her son was bit. I said goodbye to him the same day the Dog was born. I haven’t seen another soul out here since.”

Leah asks Daryl who “he lost.” Daryl lost his “brother” in “an accident.” He won’t stop looking until he finds him. The next scene has Leah and Daryl spearfishing. She catches one on her first try. A relaxed Daryl leaves, but looks back at her. We then see Leah and Daryl lying together outside. They look at an eclipse and laugh. In her cabin, the fire roars, Leah offers Daryl her hand, he takes it as the scene ends.

A caption reads “Ten Months Later”. Leah and Daryl are having a quiet dinner at the cabin. “You ain’t gonna talk to me?” Daryl asks. Leah gets up exasperated. “It’s only gonna be a few days,” Daryl tells her gently. “Where do you belong, Daryl? Out there on the river, looking for your dead brother day after day? Or do you belong with the family you left? Or do you belong here with me?” challenges Leah. Daryl doesn’t know, but Leah wants him to “choose.”

Daryl is back in his shelter. He’s visited again by Carol, who’s brought him a new shawl. She tells him that things are bad at the Kingdom. She won’t be back for a while. Daryl replies that Carol doesn’t “need his permission to move on with her life.” She wants Daryl to find peace. Daryl continues to search the river over time. He’s finally had enough. He returns to the cabin, but Leah is gone. Dog is still there. He puts a note in the secret hiding place, “I belong with you. Find Me.” Then puts back the wood. He searches for Leah with Dog.

In the present, Daryl laments, “I should have been there. I could’ve helped her.” He doesn’t know if she’s still alive. Carol wonders if someone took her, or “if she just left.” Daryl becomes offended. He blames himself for “walking away.” He made a mistake. Carol doesn’t want Daryl feeling guilty for what happened to others.

Daryl has heard enough from Carol, “You never know when to stop.” She’s sorry about Connie, but not about her actions regarding Alpha. Daryl has reached his limit. He confronts Carol about her choices, “You wanted to run, Alexandria, the skins, you couldn’t deal with the guilt.” Carol chastises Daryl about needing to save everyone, “I don’t need a savior and I don’t need a martyr.”

Daryl is tired of having the same conversation with Carol, “I’m sick of it.” A hurt Carol replies, “You should have just let me get on that boat.” Daryl agrees, “I should have. I stopped you from running and I shouldn’t have. Wanna run? Run. I know where I’m supposed to be. I won’t stop you.” “Our luck has run out…you and me,” Carol says sadly as she walks away.

The Walking Dead finally addresses Daryl’s sexuality. His character had been pretty much asexual for the show’s entire run. That changed significantly with “Find Me”. Daryl had a relationship with Leah, but couldn’t let go of his search for Rick. He clearly loved Leah and regrets not staying with her. I find it hard to believe she left Dog, so she may have been kidnapped. What happened to Leah becomes a new mystery to solve.

Another critical moment was Daryl’s argument with Carol. He’s finally had enough of her choices. Carol’s decisions have had major repercussions. Daryl has always been her stalwart ally, but it seems his unwavering support is over. They may be on the rocks, but I doubt either character could truly abandon each other. The Walking Dead continues next Sunday on AMC. 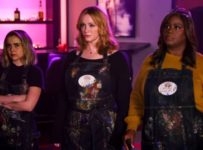 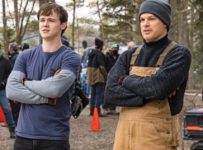 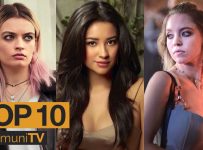 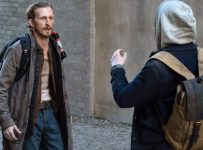 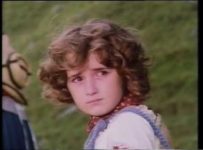