TV weddings are often super romantic events, but the truth is that getting married can sometimes bring up all sorts of feelings.


This Is Us Season 5 Episode 15 did an excellent job of bringing that point home, as Kevin wasn’t the only one who had mixed feelings about his relationship.


Everyone was dealing with an issue of the heart, and it helped Kevin more than anything to learn that he wasn’t alone.


This story turned out to be a lot better than I expected from the trailer.


As advertised, Kevin had second thoughts after talking with Sophie, but the story hardly ended there.


This Is Us rarely engages in the same type of cliched storytelling that many dramas do and is also the best at bait-and-switch, so in retrospect, it was unsurprising that Kevin’s thoughts about Sophie were little more than a bump in the road on the way to his wedding.


And in some ways, that was totally natural.


Sophie was the love of Kevin’s life for a long time, and his story wasn’t that different from Nicky’s.

Sophie: Stop acting like long distance is no big deal. I hated being away from you. We’re done with it.
Kevin: Yeah, for now. But if I’m going to be an actor, I have to be in LA.
Sophie: So you’re going to be in LA while I’m in New York? How will our marriage work?
Kevin: It just will.


As the storyline with newly married Kevin and Sophie demonstrated, these two got married too young, and Kevin wasn’t mature enough to deal with serious issues such as what they were going to do about potentially spending most of their time on opposite coasts.


Young Kevin was sincere and genuine in his “mission statement” about planning a future with Sophie, but he didn’t do what he needed to make that dream a reality.


Obviously, that wasn’t the whole story of their marriage’s implosion, but it certainly was part of it.


And Kevin has had similar discussions with Madison about not wanting to jet-set around the world while he is chasing his next big break, so it’s doubly understandable that he’s thinking about Sophie right now.


Plus, Sophie’s call reminded him that things could have been different if they had been able to work out the problems between them, and he had to wonder if his second marriage would also end in divorce.


Even though that all made total sense, I was relieved when he deleted Sophie’s number off of his phone!


To me, that demonstrated that Kevin was finally letting go of the past and getting ready to move forward with the wife and family he’d always wanted.


His goofy answers to the newlywed game questions that Nicky asked him may have made him seem like he was still not taking things totally seriously, though.


I’m not great with facial expressions and couldn’t tell what Madison was thinking when she rewatched Kevin’s claim that he wasn’t going to get old, so he didn’t have to talk about the future.


But it would be understandable if it triggered last-minute doubts in her, too, especially if she knew that Kevin wrote a mission statement about his future with Sophie.


Although all of the Pearson guys were going through something while at the bachelor party (except for Randall, who seems to be in a good place finally!), the hour was far from somber and passed quickly.


Madison’s ex showing up to model nude at her bachelorette party was hilarious, especially the ladies’ conversation while painting.

I can think of no better revenge for the guy who ended things by ghosting me than painting him nude the night before I get married to one of People Magazine’s most beautiful people.


And Nicky’s total lack of a filter also led to several funny moments. I cracked up when Randall invited everyone to speak, then just as quickly rescinded that offer when Nicky jumped in to announce this party was lame.


The conversation quickly got serious again, with Toby admitting he felt like he would go crazy if he didn’t get a job and Nicky acknowledging that he has no experience with romance except the aborted relationship with Sally. But even then, it wasn’t depressing or painful to watch.


It was just… human, and probably everyone could relate to at least one of the guys’ dilemmas.

Miguel: When I think of your mom and me, I think of the phrase ‘written in the stars’. I used to love that expression, the way it meant that the universe had plans for two people. That was your mom and dad, but it wasn’t like that for her and me. It was strange. And I was filled with doubt on our wedding day and on a lot of days after that. But as the years went by, I realized that was okay. Some love stories are written in the stars and other love stories are written together: two people the universe had no plans for writing their story in the stars together.


How beautiful was Miguel’s reflection on love and romance?


I hadn’t predicted that he’d be the one to help Kevin calm his nerves. I’d guessed that if Randall couldn’t set Kevin straight, Nicky would do it in his characteristically blunt way.


But Miguel’s speech about love not always being written in the stars was perfect, and it gave us a glimpse into his relationship with Rebecca on top of helping Kevin realize that love isn’t always a matter of being sure you’re going to live happily ever after.


I liked the flashback of young Miguel clumsily reassuring Rebecca that she can find love again. I hope this is the beginning of This Is Us telling the story of Miguel and Rebecca’s courtship, which has been a hole in the family history up until this point.


It was interesting that Miguel worrying about Rebecca and calling to check on her was a long-standing habit. Rebecca is annoyed by it now because she doesn’t want to be treated like an invalid, but she seemed to find it sweet when they were younger.

Rebecca: I will be fine.
Miguel: We haven’t been out of each other’s sight for a year.
Rebecca: And it will be so refreshing to have a few days without you watching me like a hawk.


Before COVID, Randall was way too much in Rebecca’s business, but now Miguel has taken over that role — as he should — and is equally good at driving Rebecca nuts.


This is an aspect of dealing with a degenerative illness that isn’t often addressed on TV.


Usually, stories focus on the tragedy of the disease itself and not the frustration of being lucid enough to still care for yourself while knowing that your loved ones are right to worry because you don’t know how long it’ll be before you can’t function anymore.


And Rebecca’s advice to Beth was spot-on, just as it was years ago when she encouraged her to go for that internship.

Beth: Did Randall tell you I used to dance?
Rebecca: He did. Did he tell you I used to sing?
Beth: He did.
Rebecca: So I know something about a dream being cut off at the knees. But you are too young and too smart to not go after new things that you want.


I’m hoping that whatever school Beth ends up at will lead to her re-discovering a way to keep her dream alive. But either way, she’ll be connected to dance and not forcing herself back into the corporate world that sucks all the life out of her.


Your turn, This Is Us fanatics.


Hit the big, blue SHOW COMMENTS button and let us know what you thought.


Want to refresh your memory first? Just watch This Is Us online right here on TV Fanatic and then come back to comment. 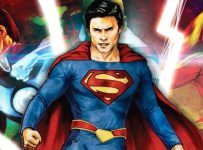 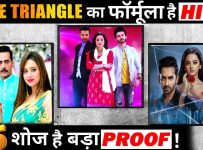 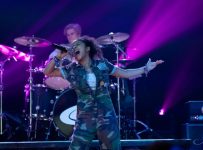 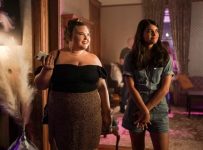 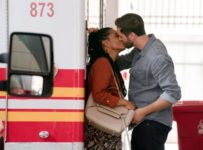 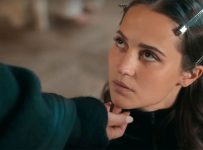