The When Calls the Heart Season 8 finale is bound to have tongues wagging this week.


But look at Friday!


There are new movies on streaming and a couple of new shows that we just have to see.


It’s time to throw it all the way back.


The Equalizer Season 1 Episode 8 finds Robyn looking to her past to help her former CIA mentor’s daughter.


Meanwhile, Aunt Vi realizes Robyn has been lying and sets out to get answers.


With a new crew member aboard the Waverider, the Legends — minus Sara, of course — set out to find the aliens that were released into the timeline.


They find themselves in the 1950s in San Bernardino, where one of the aliens is affecting its residents.


Meanwhile, Zari tells Behrad that she is ready to use the Air Totem, but he is hesitant to do so.


Did you ever imagine that after all of that fumbling Elizabeth did with her wedding ring that you’d see it first in a sneak peek?


This sneak peek of When Calls the Heart Season 8 Episode 12 finally shows that Elizabeth is ready to move beyond the tragic loss of her husband.


As for what it means and who she chooses, you will just have to tune into the finale for the whole picture!


Military grade technology is stolen, getting the OSP team involved.


A deaf engineer, Sienna Marchione, who always wanted to serve her country, and the only member of her team to survive the theft, helps Kensi and NCIS track down the tech before it’s taken out of the country.


The Cluemaster comes to town but no one’s clued into the real identity of Circe Sionis yet!


Alice plays Circe’s game while the Bat Team gets sucked into the Cluemaster’s vendetta against Sophie.


Is Mare finally going to get some help dealing with her tragic past?


The preview for Mare of Easttown Season 1 Episode 4 suggests that being ousted from the department, even if temporarily, might be a good thing for Mare.


Meanwhile, Colin will pick up the slack with the cases at hand, and that means having a little chat with Deacon Mark.


We’ve been waiting a long time to learn more about Rio, and our wishes finally come true with flashbacks showing us just how Rio became the man he is today!


Elsewhere, Dean makes some new friends who have a business opportunity for him, while Beth receives a surprise visitor..


It’s the Rio hour we’ve been waiting for! But will it live up to the hype?


It’s taken an entire season, but it seems that we will finally get some backstory on Bryan.


When a woman who has been affected by the Debris is found with knowledge of Bryan’s past, he is forced to confront his trauma.


And it’s about damned time, am I right??


NCIS tracks a stolen laptop to Phineas’s uncle in the case of the week.


On the mid-season finale, the Super Friends try, yet again, to save Kara from the Phantom Zone.


But, during their mission, they each have to confront their worst fear.


Will they finally be able to save Supergirl? Or will we have to wait a few months before she reunites with her friends and family?


Bravo is tasked with a covert mission to infiltrate a Boko Haram camp, hack its data network and rescue an American hostage.


Now if only they can all get on the same page.


Tian Richards plays Tom Swift, a billionaire who arrives in Horseshoe Bay looking for Nancy just as things start to get out of control at The Claw.


Meanwhile, Ace confronts Nancy about the way she’s going about the Celia situation.


The truth is out, but what does it mean about Landon?


Hope and the gang make a decision to expose all the details, while Alaric has to contend with a face from his past.


With new monsters arriving, how will the teens manage to navigate all the lies?


After ViCAP links the River Murders to a pharmaceutical company, Clarice seeks help from Julia Lawson.


She’s the corporate accountant for the company, who refuses to work with the FBI, and with Clarice specifically.


Catherine goes outside for the first time since her rescue from Buffalo Bill, and Ardelia and Agent Garrett connect with a lawyer they hope will take on the Black Coalition’s case against the FBI.


The limited series HALSTON follows the legendary fashion designer (Ewan McGregor), as he leverages his single, invented name into a worldwide fashion empire that’s synonymous with luxury, sex, status and fame, literally defining the era he lives in, 1970’s and ‘80’s New York.


That is, until a hostile takeover forces him to battle for control of his most precious asset… the name Halston itself.


Those Who Wish Me Dead (HBO Max)


It looks like an action-packed thriller that is sure to get our hearts pumping.


And the best news is that this film opens simultaneously in theaters and on HBO Max.


From Academy Award winner Barry Jenkins and based on the Pulitzer Prize-winning novel by Colson Whitehead, The Underground Railroad is a new series that chronicles Cora Randall’s desperate bid for freedom in the Antebellum South.


After escaping a Georgia plantation for the rumored Underground Railroad, Cora discovers no mere metaphor, but an actual railroad beneath the Southern soil.


All episodes of this new series stream today.


The Woman in the Window (Netflix)


Anna Fox (Amy Adams) feels safest when she’s watching the world from behind her window. Until the Russell family moves in across the street, and she witnesses something unimaginable.


This film features an all-star cast and brings to mind the same feeling as Hitchcock’s Rear Window. This is going to be good!


After a terrible wedding rehearsal, Fallon wants to learn more about why everything is going wrong.


Does she learn the truth before the nuptials?


Meanwhile, Blake finds himself with the wool pulled over his eyes after a dodgy deal backfires.


What did Anders learn about Adam? 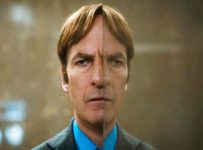 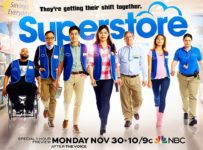 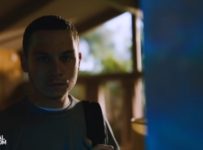 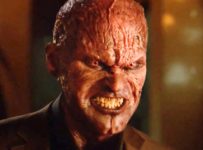 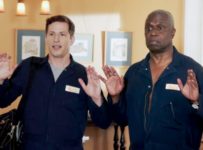 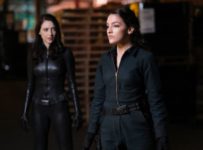