In some amazing news, What We Do in the Shadows has been renewed for a fourth season ahead of its season 3 premiere next month. FX announced the early renewal during the Television Critics Association summer press tour and released the official trailer for the upcoming third season of the acclaimed mockumentary series. The first two episodes of What We Do in the Shadows season 3 will air on September 02 on FX and will be available to stream the next day on FX on Hulu. You can check out the trailer below.

Based on Taika Waititi and Jemaine Clement’s 2014 film of the same name, FX’s What We Do in the Shadows chronicles the lives of four vampires Nandor (Kayvan Novak), Nadja (Natasia Demetriou), Laszlo (Matt Berry), and Colin Robinson (Mark Proksch) living together in Staten Island, New York, interacting with the modern world and other supernatural beings with the help of their human familiar, Guillermo (Harvey Guillen). The official synopsis for What We Do in the Shadows season 3 is as follows.

RELATED: What We Do in the Shadows Spinoff Wellington Paranormal Goes to The CW and HBO Max

After the shocking season two finale, we find the housemates in a panic about what to do with Guillermo after discovering that he is a vampire killer. This season, the vampires are elevated to a new level of power and will encounter the vampire from which all vampires have descended, a tempting Siren, gargoyles, werewolf kickball, Atlantic City casinos, wellness cults, ex-girlfriends, gyms and supernatural curiosities galore. Plus, Colin Robinson is turning 100. And Nandor, faced with his own eternal-life crisis, tries to inject his life with more meaning. Will he find love or is he destined to be an immortal bachelor with 37 ex-wives?.

Now coming to the news of the renewal, here is what FX Entertainment original programming chief Nick Grad said:

“Fans can’t seem to get enough of What We Do in the Shadows and FX is ready to feed that appetite by setting up the series for a fourth season. Our thanks to the extraordinary job by the creative team, cast, and crew who keep making a great show better each season.”

Grad is spot on in his assessment. Fans really can’t get enough of the darkly comic and occasionally scary What We Do in the Shadows. It is one of the few remakes that have lived up to the original and that too in a different format. FX’s What We Do in the Shadows honors the Taika Waititi film while standing out on its own and delivering some great laughs with an original storyline. Though What We Do in the Shadows TV show isn’t exactly a remake because it is set in the same universe as the film, with Waititi, Clement, and Jonathan Brugh [from the 2014 film] guest-starring in season 1.

The show swapped its New Zealand setting in favor of America to appeal to a broader audience, and that seems to have worked like a charm. So far, What We Do in the Shadows has received acclaim from both critics and audiences alike. Plus, the ratings have been high enough to warrant a run of 3 seasons with another on the way. And the way this show is going, it wouldn’t be surprising if we get more seasons or spinoffs. What We Do in the Shadows has featured some big names, with Mark Hamill and Haley Joel Osment appearing in season 2. Benedict Wong, Craig Robinson, Tilda Swinton, Dave Bautista, and Wesley Snipes have also starred in the show as guest stars.

Jemaine Clement, who co-wrote the film, created the What We Do in the Shadows TV show with Taika Waititi directing the pilot. The show was picked up by FX, with season one debuting in 2019 and season 2 in 2020. And now the 10 episode season 3 is on its way. The fourth season will likely drop sometime in 2022. Be sure to watch What We Do in the Shadows this September to witness more vampire shenanigans.

Topics: What We Do in the Shadows 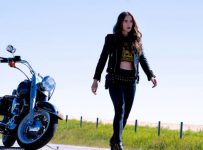 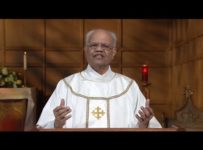 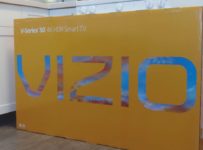 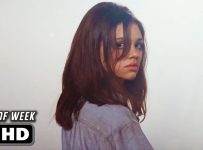 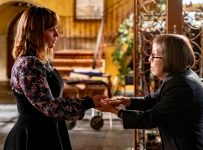 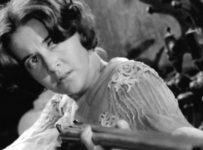