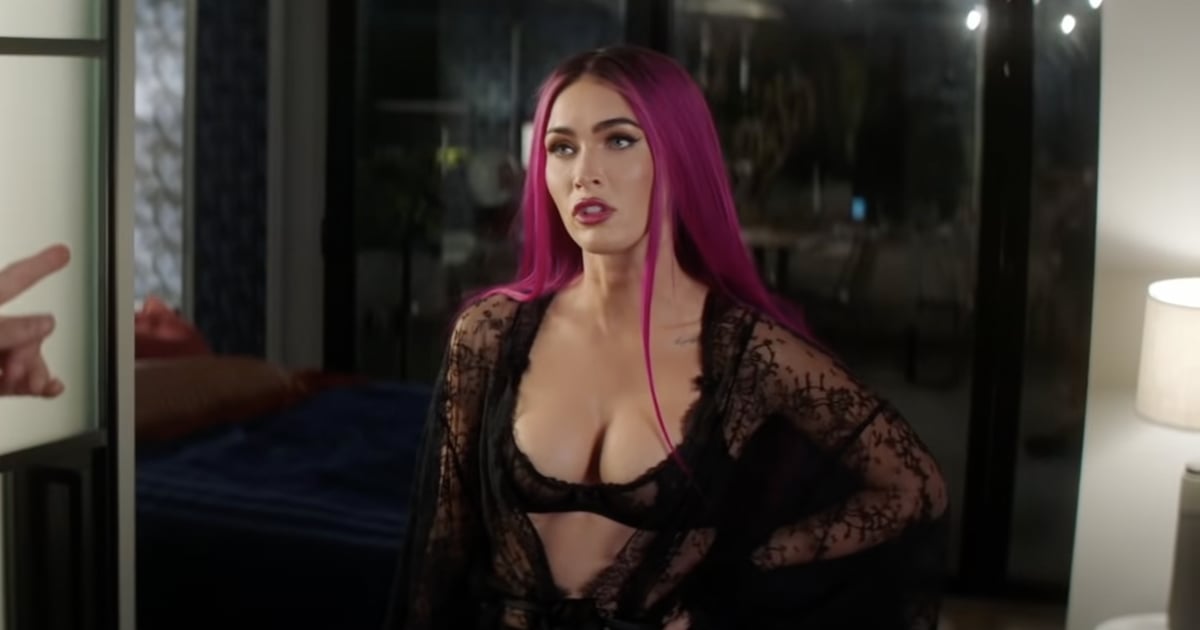 Megan Fox posted a trailer for her upcoming movie “Good Mourning,” and in a blink-and-you’ll-miss-it scene, the actress appears wearing a black lace lingerie set. Fox stars in fiancé Machine Gun Kelly‘s directorial debut, and with each glimpse of the film, we’ve come to the conclusion that Fox’s outfits are worth a closer look. For her first appearance in the trailer, she shows off bright-pink hair while wearing a sultry black bra and matching sheer shawl, thrusting her into the spotlight as the center of attention. In a second scene, she’s spotted wearing a beige, scoop-neck bra top paired with high-waisted black pants.

We already suspected the movie would include a noteworthy wardrobe as soon as we saw the poster on Kelly’s Instagram weeks ago, and the woman behind the film’s nostalgic wardrobe is costume designer Lindsey Hartman.

In the promo, Fox is wearing a ’90s-inspired outfit that conjures images of looks from the hit movie “Clueless.” Her blue crop top with a red heart lined in white looks similar to what Brittany Murphy‘s character Tai wears in the classic film after receiving a makeover from Cher and Dion. Along with the retro cropped shirt that shows off her toned abs, Fox wears light-wash jeans with a matching denim belt, while Tai styled hers with a miniskirt in “Clueless.” Fox’s costar Dove Cameron is also spotted wearing a “Daria”-inspired outfit.

If this is any indication of what’s to come in the movie, we can’t wait to see what else is in store for Fox’s wardrobe when it releases on Friday, May 20. 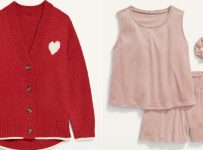 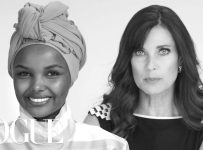 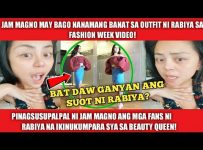 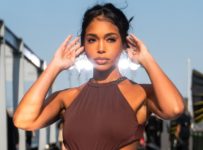 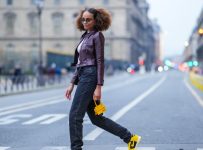 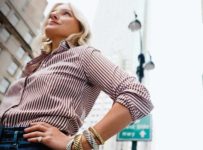