If you bump into a football game for the first time, perhaps one of the most apparent details you’ll notice is that the pitch nearly feels like an array of giant robots covered from their head to toe in performance gear, protective equipment, and pads.

Additionally, American football could be one of the most physically dangerous team sports globally. However, with modern technology, compulsory protective and training equipment, and a more developed system of rules and regulations, things hardly ever get fatal.

While college football fans have several things to think about, including their favorite player or team’s performances, college football odds, or the latest college rookies showing signs of succeeding at the game, the following are six essential gear every college football player must have.

Shoulder pads were part of the initial equipment used in American football that started separating it from its rugby beginnings. Initially, shoulder pads were made from wool and leather. However, plastics replaced leather and wool in shoulder pads in the early 1900s. Additional improvements have been made to these protective gears over the last two decades, leaving behind the hulking 90s form.

They now come in strong, protective, and light-weight materials with a slim design to give the players more mobility, agility, and improved comfort. Shoulder pads come in two different forms – cantilevered and flat.

When they were first produced, helmets were hardly more than homemade leather covers and ear flaps. However, they provided moderate protection and were also aesthetic, showing off-field positions and school spirit. Fast-forward to the 21st century, and you have a completely different item altogether.

The professional football helmet consists of different aspects: the face mask, mouth guard, face mask, and chin strap. The shell is made up of hard plastic with thick padding inside it, a face mask consisting of at least two metal bars, and a chinstrap that assists in securing the gear. Meanwhile, the masks and chin straps are available.

It’s left to the player to choose what style they’ll pick, though quarterbacks often choose open masks with maximum visibility. Every position has its face mask type that assists in balancing protection against visibility. New helmet designs have an integrated faceguard featuring shock absorbers that reduce the impacts on the faceguard. Recently, new helmets have a visor or eye shields that protect players from eye injuries or glare.

The jockstrap is one of the essential football gears whose use predates the sport. In the late 19th century, Charles Bennett of Sharp & Smith built a bicycle jockey strap for riders.

Subsequently, other athletes adopted the jockstrap in their various sports. Later, a mass advertisement in the early 20th century promoted the equipment to have been used ‘medically’ for males involved in identifying activity or sporting events.

A jockstrap consists of a wide elastic waistband intended to protect the genitals. Two wide elastic straps that they fix to the pouch’s base to both sides of the waistband complete the jockstrap. Sometimes, the pouch is fitted with a pocket to shield the genitals from injury.

The central functions of these two garments are identifying players by their names, squad numbers, and colors.

Jerseys are usually made up of nylon on their front and back sides, with spandex side panels to keep them taut. The aim is to make it challenging for an opposing player to lay hold of the jersey towards using it for leverage. To this end, jerseys usually have an extension beneath them that wraps around the player to keep them tucked inside.

Jerseys also have a wide velcro strip that matches with the velcro inside the player’s pants’ waistband. Players decide which features of the jersey they would select. Additionally, each player usually has a set of jerseys for practice times and four for the games. If it rains, they’ll change the jerseys at halftime.

The pants are also made of nylon and mesh (during hot weather rehearsals), spandex, and nylon to fit tight (bearing the football team’s colors) during games. Many of them have the conventional lace-up fly because the zippered alternative isn’t practical and could damage from stress during the game.

The footwear in American football is similar to soccer cleats. It usually has spikes, otherwise called cleats, deliberately designed for games taking place on the grass. Some cleats also have removable parts screwed into holes. That said, depending on the field’s conditions, cleat sizes are different.

For instance, longer cleats are better for wet fields as they provide better traction, while shorter cleats give the players much more speed on a dry field. Players usually wear flat bottom shoes, also called ‘turf shoes,’ when using artificial pitch because there’s no soil to cause friction.

Other gears used in college football include pads on the hips, tails, thighs, and knees, nose guards, and gloves. Quilted hip pads have existed since the late 19th century and are one of the earliest football gears. Now, tailbone and hip pads consist of plastic material to protect the tailbone, pelvis, and hips during the games.

Nose guards and gloves are other essential gear for every college football player with their respective functions during the game. Linemen also wear gloves to assist them in using their hands to ward off opposing linemen.

Gears are protective equipment that football players need to keep them safe throughout the game. Basic gears include the helmet, shoulder pads, mouth guards, foot wears, thigh and knee pads, and a jockstrap.

These football equipment have been used for decades, albeit with slight modifications. Any serious college football player must have these equipment to fully get involved in the games. 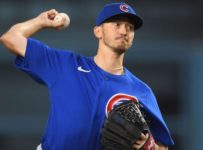 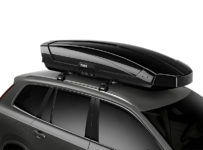 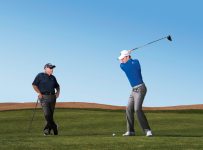 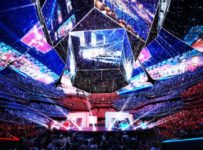 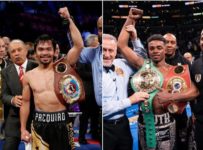 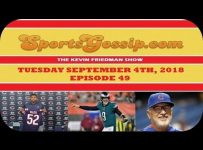