Carolina Panthers running back Christian McCaffrey will miss the remainder of the season because of a left ankle injury suffered in the first half of Sunday’s 33-10 loss at the Miami Dolphins.

Initial X-rays on Sunday indicated the injury didn’t appear to be too severe, coach Matt Rhule said Monday morning. But an MRI later in the morning revealed the damage was enough to place McCaffrey on season-ending injured reserve because of the time it would take for him to recover.

McCaffrey will not need surgery provided the ankle heals properly, a source said, and he is expected to be ready for the 2022 season.

He took to social media to share his thoughts on his latest injury setback.

The Panthers (5-7) are on a bye this week, so McCaffrey will miss the final five regular-season games. He already has missed five games this season with a hamstring injury suffered in Week 3. He missed 13 games last season with multiple injuries.

Since signing a four-year, $64 million extension that made him the highest-paid running back in NFL history, McCaffrey will have played in only 10 of 33 games by the end of this season.

Source: Vikings RB Cook has dislocated shoulder
13h
His latest injury occurred in the second quarter Sunday. McCaffrey didn’t play the final series of the half and played only one snap in the second half before being shut down.

He saw his streak of 57 consecutive games of catching at least one pass, tied for the longest streak by a running back with Theo Reddick from 2014 to 2018, end on Sunday.

Since 2019, when McCaffrey became the third player in NFL history to have 1,000 yards both rushing and receiving in the same season, the eighth pick of the 2017 draft has only 1,159 combined yards — 667 rushing and 492 receiving.

McCaffrey appeared back to his full form after returning from the hamstring injury. He had 421 yards from scrimmage on 68 touches the past four weeks as the Panthers monitored his snap count more closely.

With McCaffrey out, look for rookie Chuba Hubbard and Ameer Abdullah to share the backfield duties. Hubbard was the lead back when McCaffrey was out with the hamstring injury, rushing for 329 yards in five games.

Abdullah was the focal point on Sunday after McCaffrey was injured as the Panthers abandoned the run to play catch-up. He was targeted six times but had only two catches for 20 yards. 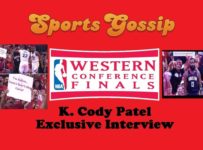 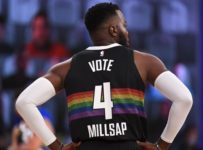 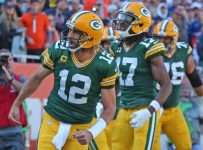 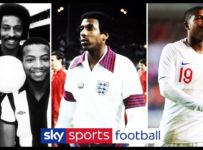 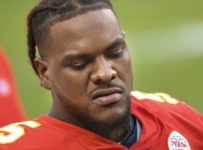 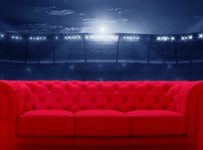