Amber Heard is preparing for the Aquaman 2 production by looking into a new way to read books on the set. The actress shared image of herself on the set of 2018’s Aquaman reading Iain M. Banks’s novel Surface Detail and referred to a habit that her co-star Jason Momoa has in the caption. “Before Aquaman took the last pages out of this book,” Heard wrote, which is in reference to Momoa stealing her books and ripping out the final pages. She then added the hashtag, #gettingakindleforaquaman2.

While getting a Kindle for the Aquaman 2 production sounds wise for Amber Heard now, Jason Momoa could just take the device and throw it in the ocean. The actress explained what it was like on the set with Momoa while promoting Aquaman in 2018. “Jason’s allergic to being ignored,” Heard said. “He can’t sit still. So no matter what, he will push, prod, nudge, shove you, anything to get your attention, especially if you enjoy a quieter activity like reading.” Momoa responded to Heard’s Instagram post with some laughing emojis.

It is believed that Aquaman 2 will begin production this summer to prepare for its late 2022 release date. It was just revealed that actor Pilou Asbaek, who is best known for his role as the villainous Euron Greyjoy on Game of Thrones, has joined his former HBO co-star Jason Momoa for the sequel. It is unclear who Asbaek will be playing in the movie. James Wan is returning to direct and produce alongside Peter Safran from a script written by David Leslie Johnson-McGoldrick.

Amber Heard has been in news a lot over the past few years, due to her divorce and following legal battles with Johnny Depp. A lot of rumors have spread during this time and there are a ton of Depp supporters who have been trying to get Heard fired from Aquaman 2, which has spawned petitions and further speculation that Warner Bros. was actually looking into removing her from the sequel. However, it appears that Heard isn’t going anywhere. Depp recently shared some footage from police body cams that has the legal mess back in the news.

In an interview with Entertainment Weekly from 2020, Amber Heard addressed the rumors and petitions, where she also insinuated that some of the drama may have been paid for. “I’m so excited to film that,” Heard said in reference to Aquaman 2. “Paid rumors and paid campaigns on social media don’t dictate [casting decisions] because they have no basis in reality. Only the fans actually made Aquaman and Aquaman 2 happen. I’m excited to get started next year.” As for getting some reading done behind-the-scenes, it might just be a good idea for Heard to stay clear from Jason Momoa, no matter what form of reading she decides to partake in. You can check out the image from the Aquaman set above, thanks to Amber Heard’s official Instagram account. 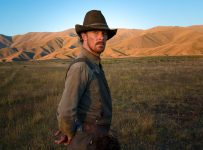 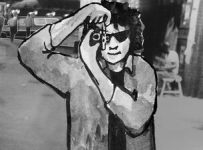 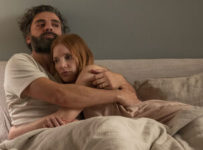 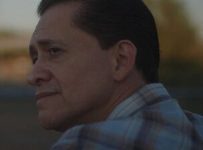