Houston Astros slugger Yordan Alvarez felt ill on the field, exited abruptly and was transported to a local hospital during Friday night’s game against the Braves in Atlanta.

Speaking after his team’s 6-2 loss, Astros manager Dusty Baker said Alvarez had shortness of breath, which was made worse by the smoke in the air after the Braves shot off fireworks at Truist Park.

“He’s being analyzed by the doctors,” Baker said. “They said all his vitals are good. He’s feeling normal but he still has to see our doctor. He was just, he had shortness of breath, and then when they shot the fireworks off, the smoke kind of made it worse.”

MLB Power Rankings: Is there a new top team in the AL?
2dESPN
Alvarez departed the game under his own power with two outs in the bottom of the fifth inning. There was a pause in the action when Braves rookie Vaughn Grissom fouled a ball off his foot and was being tended to by an athletic trainer.

That’s when Alvarez, who is batting .295 with 31 homers and 77 RBIs, made his break for the Houston dugout.

“I’m glad we got him out when we did,” Baker said. “I looked up and he was in the dugout. It was kind of a scary moment. It could be anything. They said he’s doing fine at the moment.”

Baker said no one in the Astros’ dugout knew Alvarez, an AL All-Star this year and the 2019 Rookie of the Year, was in any distress.

“We didn’t see anything,” Baker said. “I just looked up in the dugout and he was there. After that we had to take it into emergency action to find out what’s wrong and then the emergency crew came over and took him to the hospital.”

Chas McCormick shifted to left when Alvarez departed, and Mauricio Dubon took over in center.

Losing Alvarez, who ranks first in AL on-base percentage and second in homers, slugging percentage, OPS and runs, for any length of time would be a big blow to Houston. The AL-leading Astros are 77-44 and primed for another deep postseason run. They lost in the World Series last year to Atlanta.

“He’s a big, big part of this team,” Baker said. “He’s our big boy in the middle, so we’re not thinking about losing him. We’re thinking about getting him back and hopefully he’ll be all right tomorrow.” 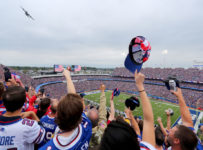 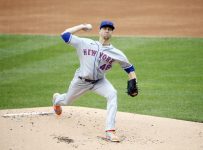 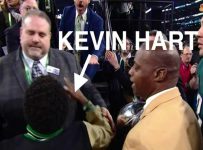 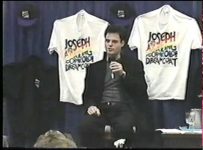