The Houston Astros return to Yankee Stadium on Tuesday for the first time since Major League Baseball’s investigation of their sign-stealing scandal from the 2017 season, and manager Dusty Baker is not expecting a warm welcome.

“It is going to be wild,” Baker told USA Today Sports.

The Yankees and their fans have been among the Astros’ harshest critics since MLB announced that the organization used a center-field camera, video monitor and trash can to relay opposing teams’ pitches to Houston hitters during the 2017 season. The Astros defeated the Yankees in seven games in the 2017 ALCS before beating the Dodgers in the World Series.

Manager AJ Hinch and general manager Jeff Luhnow were suspended for the entire 2020 season — both were subsequently fired by the team — and the Astros were fined $5 million and lost two draft picks as part of MLB’s historic punishment of the franchise last year.

But MLB’s decision to grant immunity to Astros players as part of the investigation drew widespread outrage around the majors, specifically from the Yankees.

“I don’t think there’s any question about how fans are gonna react to them coming into the Stadium,” Yankees catcher Kyle Higashioka said Sunday, according to the New York Post. “Whether they deserve it, I think the fans will let them know.”

From an A-plus in San Francisco to two F’s in one division: First-month grades for all 30 MLB teams

This Month in Baseball: Mike Trout’s best start ever, a star outshining him and record MLB strikeout rates
Baker, who was hired last year to replace Hinch, has long maintained that the players and coaches involved in the 2017 scandal have “paid” for their mistakes and has called out fans who continue to boo current Astros players.

“There’s only four or five guys here who were even there when the whole thing happened,” Baker told reporters Sunday, according to the Houston Chronicle. “So are people booing the person? Are they booing the uniform, or are they booing the organization?

“Most guys weren’t even here, including myself. What are you going to do? You can’t control what people do. You can only control what you do and how you feel.”

Baker added to USA Today Sports: “As far as I’m concerned, it should be over with.”

Tuesday’s game (7 p.m. ET, ESPN) will mark the first time the teams have squared off since the 2019 ALCS — Houston won in six games — and news of the sign-stealing scandal broke shortly after the Astros lost the World Series to the Nationals that year.

Yankee Stadium will be restricted to 20% maximum capacity because of COVID-19 regulations Tuesday. Yankees manager Aaron Boone told reporters he has instructed his players to “not get caught up in all that stuff,” but fans in the Bronx will relish their first opportunity to boo the Astros.

Marc Chalpin, a fan who regularly sits among Yankee Stadium’s “Bleacher Creatures,” told the Post that he plans to attend games Tuesday and Wednesday to boo the Astros, saying “we want them to know they’re a bunch of cheats and their ring means nothing.”

“Like all Yankee fans, we’re angry,” Chalpin told the Post. “That 2017 team was special, and they could have gone even further in the playoffs. I don’t know if they would have won it all, but to find out they didn’t make it because the Astros cheated makes it even worse. … Not only did they cheat, they didn’t get punished for it. They faced no consequences.”

The Astros, however, have become accustomed to vitriol from opposing teams and fans. Fans in Anaheim tossed trash cans onto the field last month during a game between the Astros and Angels in one of the latest indications that anger over the 2017 scandal still lingers.

“We’re getting booed anywhere we’re at,” catcher Martin Maldonado told reporters Sunday. “We, as a team, love it. We enjoy it. I think it gets the best out of us. We go out there, and we feel like we’re playing playoff baseball every game. I don’t see anything different if we go out there and play our game.” 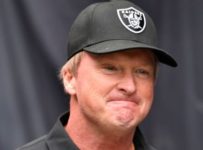 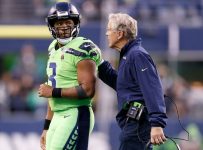 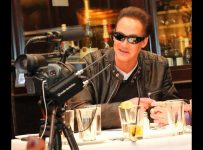 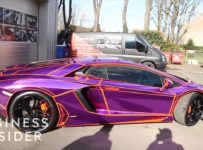 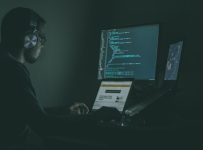 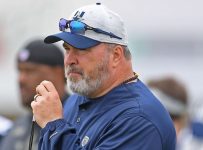