Los Angeles Dodgers starting pitcher Trevor Bauer, facing allegations of sexual assault, was placed on seven-day administrative leave by Major League Baseball on Friday, a decision that will prevent him from making his scheduled start from Washington, D.C., on the Fourth of July.

Bauer, whose side has denied allegations of sexual assault, has declined to appeal MLB’s decision.

“We reaffirm our original statement and refute [the woman’s] allegations in the strongest possible terms,” Bauer’s co-agents Jon Fetterolf and Rachel Luba said in a statement. “Mr. Bauer will not appeal MLB’s decision to place him on administrative leave at this time in an effort to minimize any distraction to the Dodgers organization and to his teammates.”

Administrative leave, adopted under a joint domestic violence policy between MLB and the MLB Players Association, is not considered a suspension; the player still gets his full salary despite not residing on the active roster.

MLB can request an extension of seven additional days with consent from the MLBPA. Doing so would keep Bauer off the field through the All-Star break, buying more time for an ongoing investigation.

MLB puts Bauer on leave | What we know

“MLB’s investigation into the allegations made against Trevor Bauer is ongoing,” the league wrote in a statement. “While no determination in the case has been made, we have made the decision to place Mr. Bauer on seven-day administrative leave effective immediately. MLB continues to collect information in our ongoing investigation concurrent with the Pasadena Police Department’s active criminal investigation. We will comment further at the appropriate time.”

Bauer has been accused by a woman of choking her until she lost consciousness on multiple occasions, punching her in several areas of her body and leaving her with injuries that required hospitalization over the course of two sexual encounters earlier this year, according to a domestic violence restraining order that was filed in L.A. County Superior Court this week, copies of which were obtained by ESPN on Wednesday.

While asking the court to issue a no-contact order that would prevent Bauer from coming within 100 yards of her, the woman, a 27-year-old who resides in San Diego, provided graphic details of sexual encounters with Bauer and photographs that show two black eyes, scratches on her face and bruised and cut lips. The alleged incidents took place at Bauer’s home in Pasadena, California, on April 21 and May 16, and are being investigated by the local police department.

The restraining order was executed as a temporary ex parte, which can be achieved without input from the other party. Bauer’s side plans to deny the account during a hearing scheduled for July 23, according to his representatives. On Tuesday, those representatives issued a statement denying that Bauer had assaulted the woman, calling the encounters “wholly consensual.” The following day, they provided a series of text messages that show the woman inviting rough sex and talking about how she wants him to “gimme all the pain” and “choke me out.”

Dodgers CEO Stan Kasten told reporters Friday that he trusts the investigation being conducted by the commissioner’s office.

“Apparently there’s plenty more information that I have not been told, that I am not privy to, that I do not know anything about,” Kasten said during the team’s visit to the White House in celebration of winning the 2020 World Series. “And so I’m going to wait until all of that fact gathering is complete.”

Bauer has officially been placed on the restricted list and is not allowed to be with the team in any public setting, which includes working out on the field before a game. The Dodgers filled his spot on the active roster with reliever Brusdar Graterol and are planning bullpen games for Sunday and Friday, the two days Bauer was supposed to start before the All-Star break. If Bauer’s absence is prolonged, the Dodgers could consider stretching out David Price, the veteran starting pitcher who has assumed a bullpen role since the start of the season.

“There’s a lot of things that take place that are outside of guys’ control,” Roberts said. “I think that for us to stay together and focus on winning baseball games — nothing’s gonna change that.” 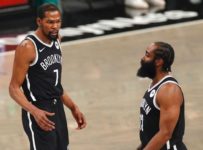 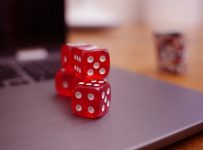 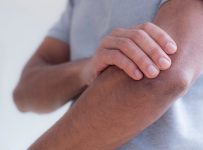 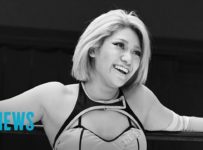 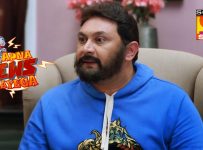 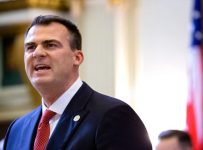