Not all golf tournaments are created equal. While some are immediately forgotten after their conclusion, others went on to make big impacts in the sport. Certain matches have even helped influence things like golf club length charts, basic game rules, and whatnot. So which tournaments are we talking about? Check them out below!

The 2016 Open Championship saw Henrik Stenson defeating Phil Mickelson with a score of 264. Held at the Royal Troon Golf Club in Scotland, this marked the first time a Scandinavian won the major title. Additionally, Stenson ended up breaking other records, too. These include Tiger Woods’ 19-under record in 2000, David Toms’ 265 score during the 2001 PGA Championship, and the 11-shot difference between Stenson and Mickelson with the other players (the largest in golf history). As of Dec 19, 2021, Stenson is still an active player, even bringing his kid to the course to play sometimes.

The 2011 Masters Tournament witnessed Charl Schwartzel winning his first major championship. But what makes this tournament interesting is the hurdle he had to go through to earn the title. You see, during the final round, eight players are still contending for the championship, including legends like Tiger Woods, Ben Crenshaw, and Martin Kaymer. All in all, the final bout asted around two hours. Schwartzel managed to outplay the others by birdieing at 1, holding out for eagle on 3, and making another birdie at the final four holes. This helped him win the round by two shots and a score of 66, earning him the title.

Then there’s the 1997 Masters Tournament, where Tiger Woods made his mark. As of 2021, Wood’s 12-stroke lead is still the largest margin of victory in the tournament’s history. Moreover, he was the first non-white player (not to mention the youngest at 21) to win a golf tournament in Augusta, Georgia. But more importantly, he demonstrated how power can make a difference in a major golfing tournament. Today, most golfing equipment is designed in such a way as to help players hit the ball as long as Woods did during this championship.

By the time he participated in the 1986 Masters Tournament, Jack Nicklaus had little going for him. In the five years leading up to the tournament, The Golden Bear hadn’t won any majors. Nor did he earn the gold during the PGA Tour of the past two years. But on the bright Sunday of April 13, 1986, he managed to snag victory during the Masters Tournament with just one stroke. This achievement will go on to become one of the most iconic moments of American golf history. The best part is, he was 46 at that time, making him the oldest golfer to win the Masters.

The 1960 U.S. Open will also go down in American golf history as one of the most iconic tournaments that ever took place. This match witnessed three of the greatest golf players reaching a crossroad for their careers. For 47-year-old legend Ben Hogan, this was his last great moment at the golf course, as he will fade into retirement years after this tournament. Meanwhile, 30-year-old rising star Arnold Palmer will go on to win this tournament, helping him make a comeback after a seven-stroke deficit at the final round. As for 20-year-old amateur Jack Nicklaus, he will settle for second place. However, his performance is considered as one of the best in the U.S. Open since Johnny Goodman’s victory in 1933.

Back then, the Masters Tournament was still known as the Augusta National Invitational, and in 1935 they were just hosting their second-ever match. But despite not being considered a major golf game at the time, it’s still one of the most significant payoffs in golf history. And the first reason for that is Bobby Jones. As one of the most influential figures of all time, he was a co-founder of this tournament alongside Clifford Roberts. The second reason is Gene Sarazen, who holed a double eagle and tied with Craig Wood, forcing a 36-hole playoff. To this day, Sarazen’s 485-yard second shot at the par-5 15th hole is still considered as the “shot heard ’round the world.”

Of course, this list wouldn’t be complete without mentioning the 1860 Open Championship. As the first ever major golf championship, it witnessed many iconic golfers make their mark in history. Held at the Prestwick Golf Club in Ayrshire, Scotland, this Open Championship was created to determine who can take Allan Robertson’s place as the top golfer in the world. Eight players participated in the event to vye for the crown. Two of them include Old Tom Morris, The Grand Old Man of Golf, and Englishman George Daniel Brown. In the end, though, victory went to Willie Park, Sr., after outplaying Morris by 2 shots.

As you can see, golf has made waves in the past century, with many players making their marks and determining how the sport is played for future generations. By playing golf yourself, you’re also doing your part in writing this history. So keep on swinging! 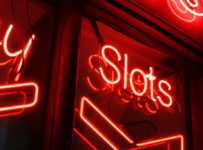 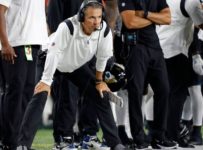 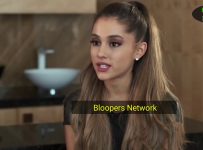 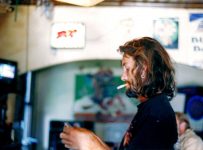 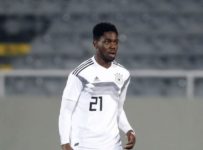 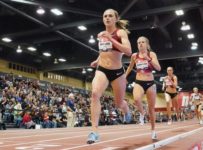