American soccer legend Abby Wambach told ESPN that she intends to fully divest herself from a concussion drug company that is backed by Brett Favre and is at the center of a Mississippi welfare fraud case.

Wambach, a World Cup winner and two-time gold medalist who is in the National Soccer Hall of Fame, was a member of the sports advisory board for Odyssey Health, a drug company that has said it is developing a nasal spray designed to treat concussions. Odyssey Health’s top investor is Favre.

According to a lawsuit filed by the state of Mississippi, $2.1 million that was supposed to go to welfare recipients was instead directed to Odyssey Health. The company, previously known as Prevacus, was linked to the fraud case when arrests were first made in February 2020, with many of the case’s details reported by nonprofit news organization Mississippi Today.

In an email Thursday, Wambach indicated it wasn’t until she was contacted by ESPN earlier in the day that she first became aware of “disturbing information” about Odyssey Health. She said she had supported the company as part of a personal effort to lessen the impact of concussion-related injuries.

“Minutes after learning this new information, I initiated the process to immediately and fully divest myself from any involvement — financial and otherwise — with Prevacus/Odyssey Health Inc., a process that I insisted be complete by end of day today,” Wambach said Thursday.

Favre charity gave to USM while he sought funds
22h

Filing: Favre sought funds amid legality questions
6dAnthony Olivieri
By Thursday afternoon, Wambach’s connection to the company had been scrubbed from its website.

Wambach did not respond to requests for an interview or respond to questions about what her role on the advisory board had entailed or what financial stake she had in the company.

“Since I genuinely believed this company was being transparent about a product that could spare the next generation of athletes from the severe impact of concussion injuries that I endured as a professional athlete, I am profoundly angry, disappointed, and saddened by what I learned today,” Wambach wrote.

Others identified on the company website as being members of its sports advisory board are former NFL quarterbacks Kurt Warner and Mark Rypien, Chicago Cubs manager David Ross, and former NFL coach Steve Mariucci. None could be reached for comment.

In 2016, Wambach, one of soccer’s great headers, announced that, after her death, her brain would be used for concussion research. Two years later, she appeared with Favre, Warner and Prevacus founder Dr. Jacob VanLandingham on the “Today” show to discuss concussions and promote the company.

Favre joined Prevacus in 2014, and by late 2018, the former Green Bay Packers quarterback was the largest outside investor and stockholder in the company, according to the lawsuit filed in May by the state of Mississippi against nearly three dozen defendants, including Favre and VanLandingham. Favre previously told Men’s Health magazine he had invested nearly $1 million in Prevacus.

According to the lawsuit, Favre in December 2018 urged VanLandingham to solicit Nancy New, the owner of a Mississippi nonprofit, to use funds from the state’s Department of Human Services to invest in Prevacus. VanLandingham delivered a sales pitch for the stock in a Jan. 2, 2019, meeting at Favre’s home, with New and John Davis, then the state’s human services director, among those in attendance, the lawsuit says.

Over the next 10 months, $2.1 million that had been earmarked for welfare recipients was diverted to the company, “for the purpose of securing ‘clinical trial sites’ to be located within Mississippi,” according to the lawsuit. The money instead was used to purchase stock in Prevacus for individuals at the center of the scheme, according to the lawsuit.

A written agreement to obtain the welfare funds was part of a “sham” designed to conceal financial benefits to Favre, VanLandingham and others, the state alleges. The money was derived from Mississippi’s Temporary Assistance for Needy Families, an anti-poverty program.

On Feb. 5, 2021, exactly one year after New, Davis and four others were first arrested in the fraud case, Odyssey announced it was acquiring Prevacus’ concussion drug. 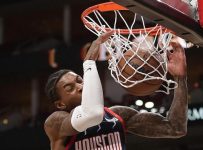 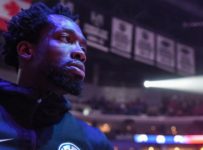 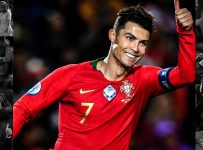 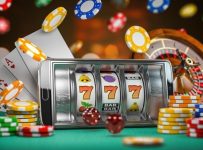 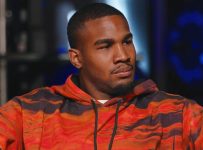 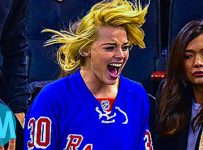